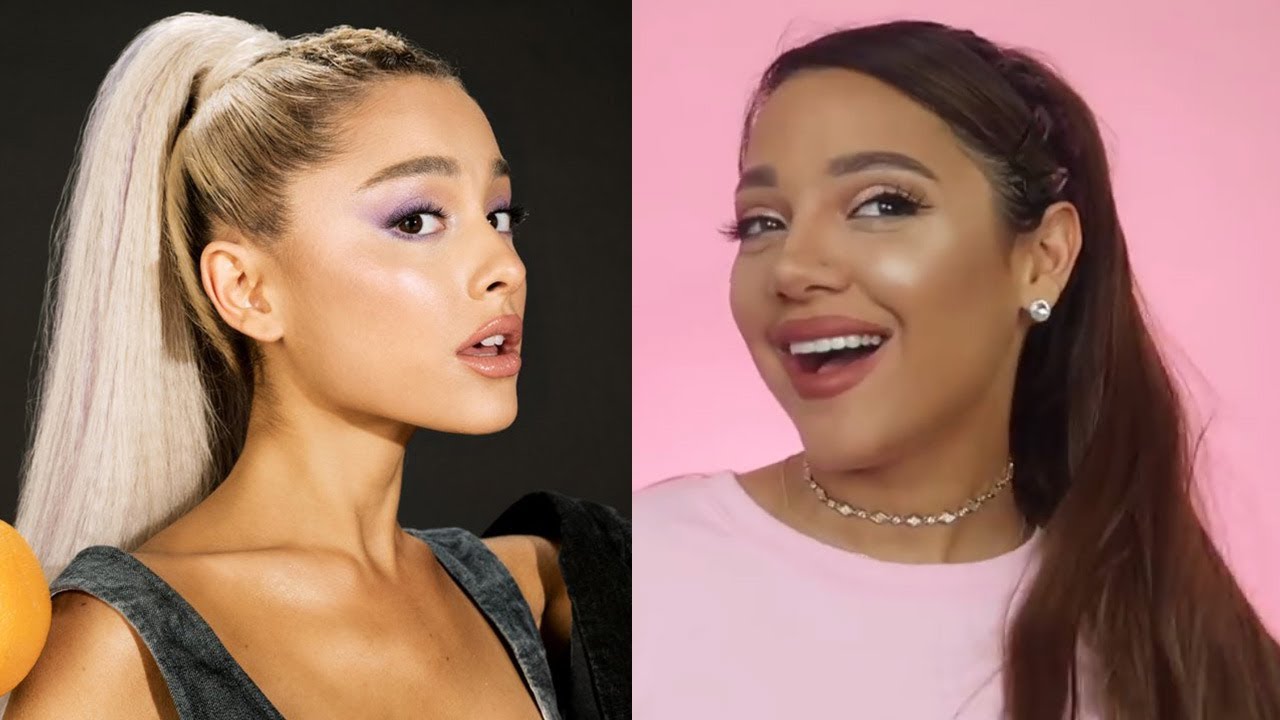 In case you missed it, YouTuber Gabi DeMartino recently uploaded an Ariana Grande parody video online, and to say Ari fans were unimpressed would be, well, a HUGE understatement.

In the video, Gabi is seen dressing like Ari, doing her makeup like Ari, and even laughing like Ari (or trying to), and despite claiming to be a big fan of the “No Tears Left to Cry” singer, the comments on the video were flooded with hate from Arianators.

One person on Twitter wrote, QUOTE, “Gabi is still trying to be Ariana,” with another fan saying, QUOTE, “that gabi girl been trying to be a carbon copy cat of ariana for YEARS now. It’s not cute, it’s creepy.” WOW.

For a minute, it even seemed like Ari agreed. How do we know? Well, she took to Twitter herself to react to the video, saying, QUOTE, “yea this ain’t it.”

After Ariana sent her shady tweet, it wasn’t all that surprising that Arianators dragged Gabi even harder, so much so that it even hurt her feelings.

Gabi responded to the hate saying, QUOTE, “I mean all she saw was that weird Harry Potter scene from the video but now the whole fandom (which im apart of) is tearing me apart. my heart is being ripped out this isn’t fair.”

That’s not all, though! Once Ari realized that Gabi was getting a ton of hate, she hopped on Twitter to say that her initial tweet was only a joke.

Ari wrote, QUOTE, “I was just being funny I knew they’d laugh at that my bad babe. It’s all love here, u know that. Ayo but next time can you wear more neutral tones and not do the cat laugh. jk.”

So, what do you guys think? Was Ari throwing shade with her initial tweet and then just backtracked when Gabi got flooded with hate? Or, was she joking with Gabi all along? As always, let us know what you think in the comments! Thanks for watching! Please Click to the right to watch another new Video and don’t forget to subscribe to our channels. I’m your host Emile Ennis Jr. and I’ll see you next time!

Add us to your circles on Google+: http://google.com/+ClevverNews
Tweet Me: http://www.twitter.com/Emileennisjr