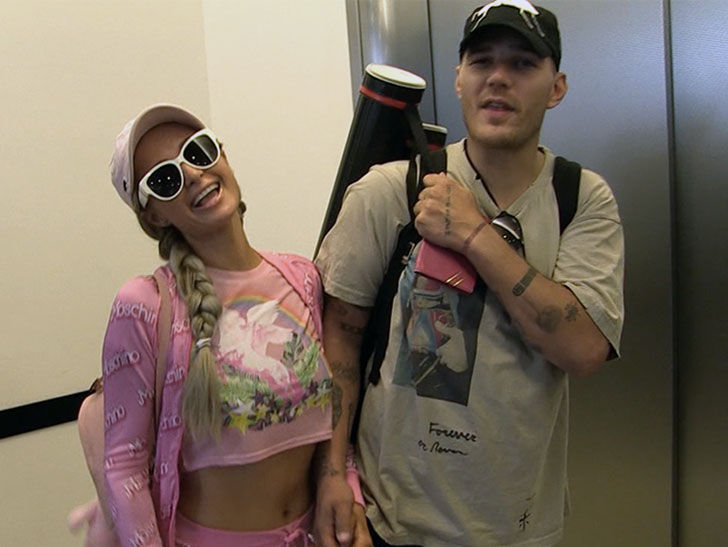 NO TV Advice for LiLo …

‘I Don’t Forgive’ Her, Never Will

Paris Hilton is absolutely one to hold a grudge when it comes to Lindsay Lohan, and because of that she says there’s NO chance she’ll watch LiLo on MTV.

We got the reality TV OG — as she describes herself — and her fiance, Chris Zylka, Thursday at LAX — and asked if she had any advice for Linds as she shoots her reality show, “Lohan Beach Club.”

The couple laughed it off in unison, although Chris did have one very harsh tip for Lohan.

It’s funny … the dynamic here with Chris and Paris kinda reminds us of 2006, when Paris’ pal, Brandon Davis, did all the Lindsay bashing and Paris did all the snickering.

Old habits die hard … kinda like that grudge, which Paris says is all about Lindsay crossing her fam.

Far as we can tell, P’s referring to her bro, Barron, catching a beatdown at a 2013 party. Lindsay was accused of masterminding the attack