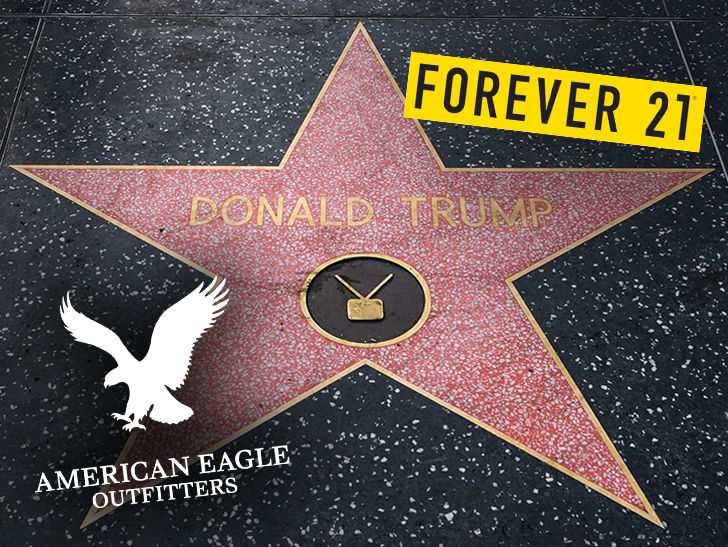 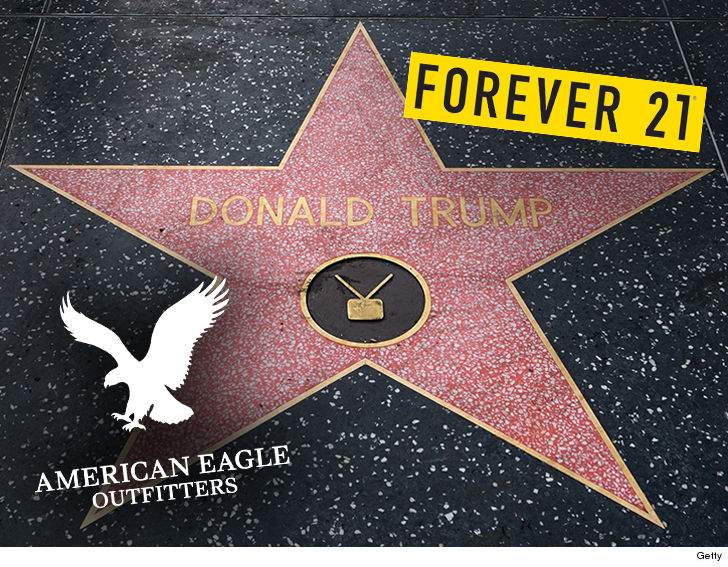 Donald Trump might claim he’s doing wonders for the U.S. economy, but that’s total BS when it comes to a couple businesses close to the Prez … ident’s Walk of Fame star.

Employees from Forever 21 and American Eagle in Hollywood tell TMZ … business has not been booming lately, and they’re placing the blame squarely on the Trump star on the sidewalk in front of their entrances.

Forever 21 folks say issues with the star — including its destruction by another guy with a pickax and brawls breaking out — have scared tourists off. We’re told the stores have experienced a significant drop in revenue. 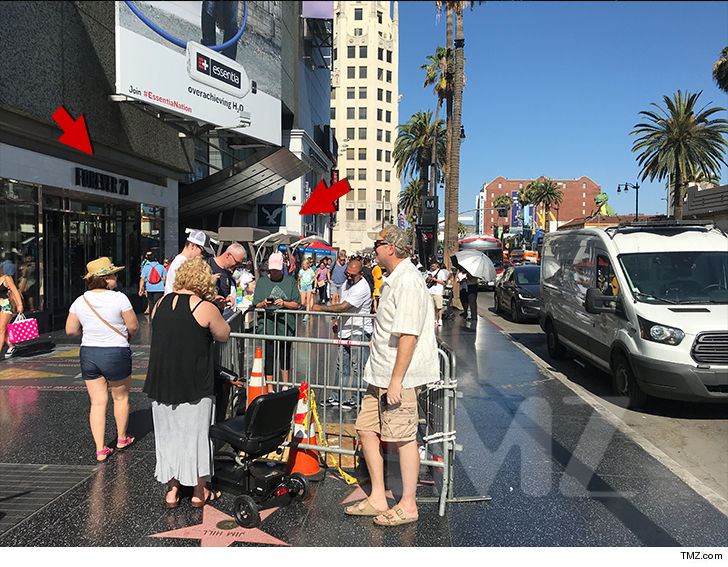 American Eagle workers say July is usually their busiest month, but that wasn’t the case this summer. The store constantly contacts cops about crowds in front …  there for the star and not shopping.

An AE employee says Trump’s star literally hijacks attention from the store, and business has actually suffered since Trump was sworn in.

We broke the story … despite Trump’s star being a lightning rod for violence and vandalism, it’s not going away anytime soon.