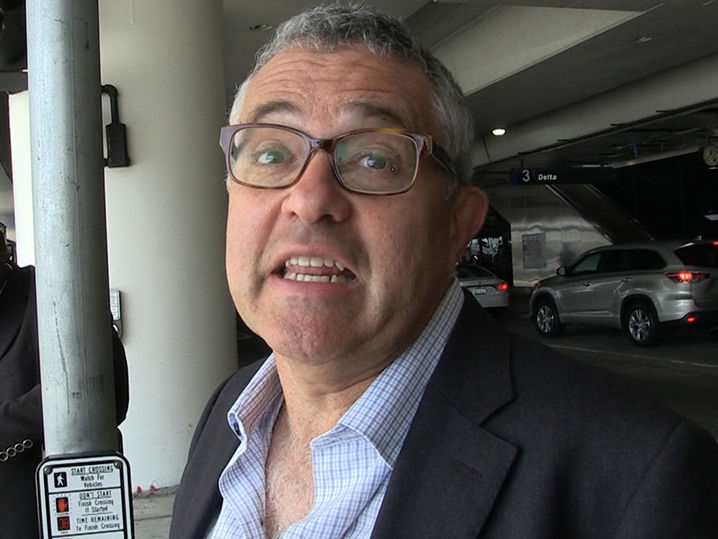 You Tell Me What It Means

We got CNN’s Chief Legal Analyst Monday at LAX and asked about DT’s latest vitriol against prominent African-Americans — namely, his disgusting tweet calling LeBron James and Don Lemon dumb and dumber — and Toobin thinks there’s a pattern here that can’t be ignored.

It wasn’t the White House, it wasn’t the State Department, it wasn’t father LaVar’s so-called people on the ground in China that got his son out of a long term prison sentence – IT WAS ME. Too bad! LaVar is just a poor man’s version of Don King, but without the hair. Just think..

Bottom line … Trump has a track record of going after blacks both on Twitter and at rallies. He’s called out LaVar Ball as being a “poor man’s version of Don King” and has constantly referred to Rep. Maxine Waters as a “low IQ” person. And, don’t forget the NFL’s SOBs.

Toobin doesn’t want to get into name-calling — unlike the Prez — but says 45’s barbs reek of racism.

He also praises his coworker’s eloquent response to Trump after getting attacked this weekend.

So, Toobin thinks these are more than petty grudges or rage tweets at his “haters.” Toobin clearly thinks it’s all part of the guy’s moral makeup.