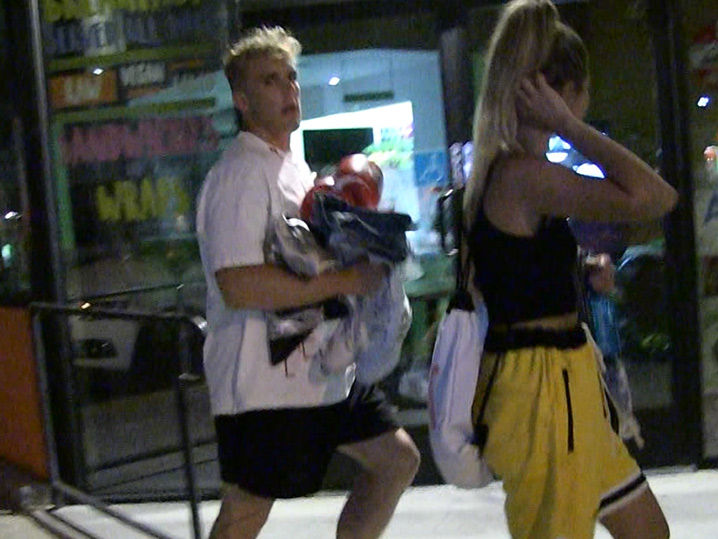 Jake Paul ain’t just training for his superfight with YouTube star Deji by pummeling his friends in his living room boxing ring … he tells TMZ Sports he’s getting LEGIT coaching from “Sugar” Shane Mosley too!

We got the Internet sensation (and his smokin’ hot GF, Erika Costell) leaving his MMA gym in the Valley on Monday when he revealed one of boxing’s all-time greats is giving him pointers.

He says there are others in his corner as well — including his own version of Mr. Miyagi — all getting him ready for the Aug. 25 fight that could be bigger than McGregor–Mayweather.

As for the fight’s atmosphere … Jake’s not worried about facing a hostile UK crowd — telling us he and big bro Logan Paul have a plan for how to turn them against Deji and KSI.