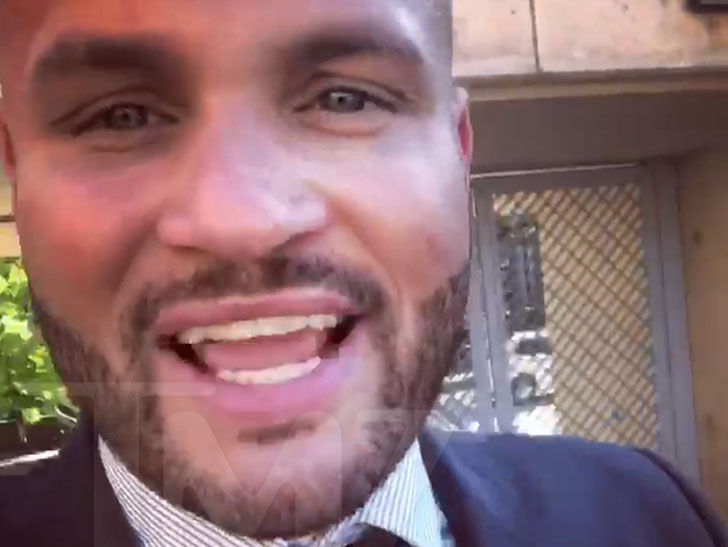 In Mel B Divorce Settlement

Stephen Belafonte‘s feeling like a million bucks after finally settling his long, bitter divorce from Mel B – and he’ll get a ton of money on top of it.

Stephen’s thrilled with the outcome of the ex-couple’s case because all abuse allegations made against him by Mel were dropped … and he’s not losing any parenting rights with their daughter either.

Stephen and Mel B finally agreed to sell their Hollywood Hills home and split the profits 50/50.

As we reported, Mel B got a restraining order against Stephen after claiming abuse, and she dropped it. He also dropped his restraining order. They did agree to stay 200 yards clear of each other at all times.

Belafonte and Mel B share 50/50 custody of their daughter.

He says the final showdown in court proves Mel B was making baseless claims against him.