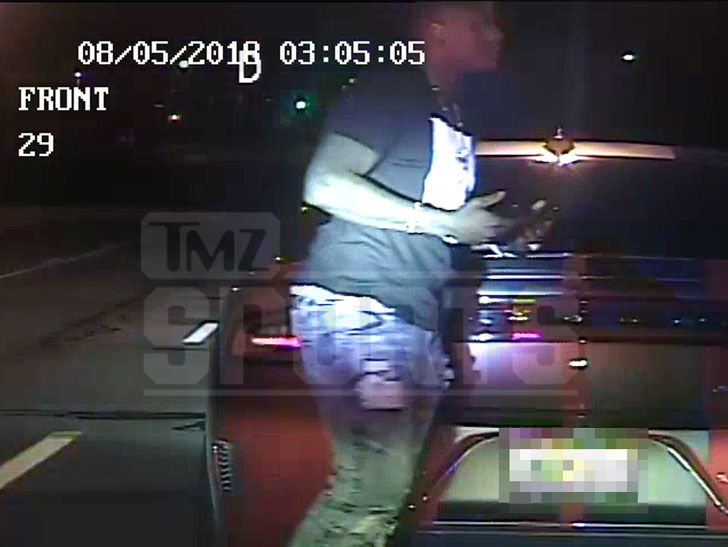 Bullets and Gun Parts In Car

Antonio Callaway had gun parts and ammunition in his car (in addition to weed) when he was pulled over in Ohio … and the police video obtained by TMZ Sports shows it made the lead officer get “real nervous.”

The Cleveland Browns rookie WR — selected in the 4th round of the 2018 NFL Draft — was pulled over on August 5 at 2:59 AM in Strongsville, Ohio for a routine traffic violation.

The cop smelled weed and searched the car — finding a small amount of marijuana under the driver’s seat … along with the backstrap of a Glock firearm and several rounds of ammo.

You can see the officer gets very serious when he finds the bullets and gun parts — ordering Callaway to put his hands in the air and stay put.

Antonio told the officer there was NO gun in the car — just the parts. The officer eventually verified Callaway’s claim, but admits to his partner he got anxious when he found the bullets.

In the end, the officer realizes Antonio is a Cleveland Browns player and admitted he felt bad busting him … since he didn’t appear drunk or high and was super polite during the arrest.