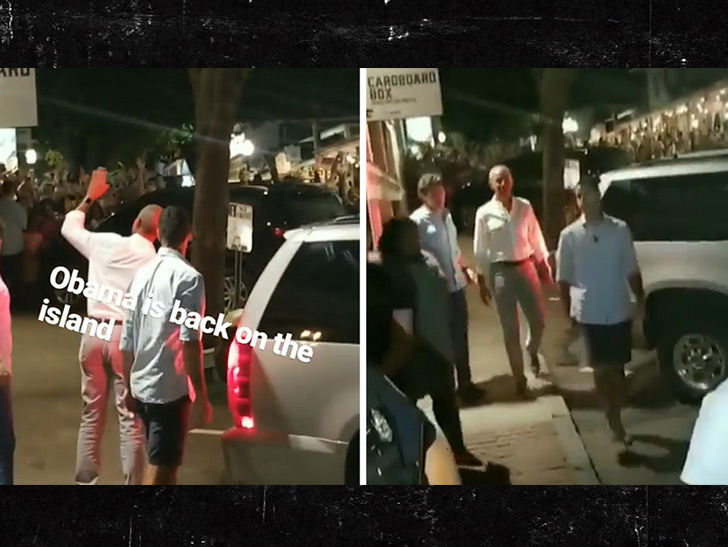 Barack Obama has officially transcended presidential popularity — ’cause he’s now getting treated like a top-tier A-list powerhouse who just wrapped an epic concert or something.

44 was dining with Michelle Monday night at The Cardboard Box restaurant in Oak Bluffs, where he eventually came out to face a mob of people who’d gathered just for them.

Barack was graceful in his exit, waving at the crowd before hopping into his car and being driven away. But, man … listen to these folks lose their freakin’ minds over seeing the ex-POTUS. You’d think JC had come back or something. Sheesh!

BTW … this is very reminiscent of another power couple who’s super tight with B&M … B&J! Beyonce and Jay-Z also recently got a grand farewell leaving a restaurant in Italy.