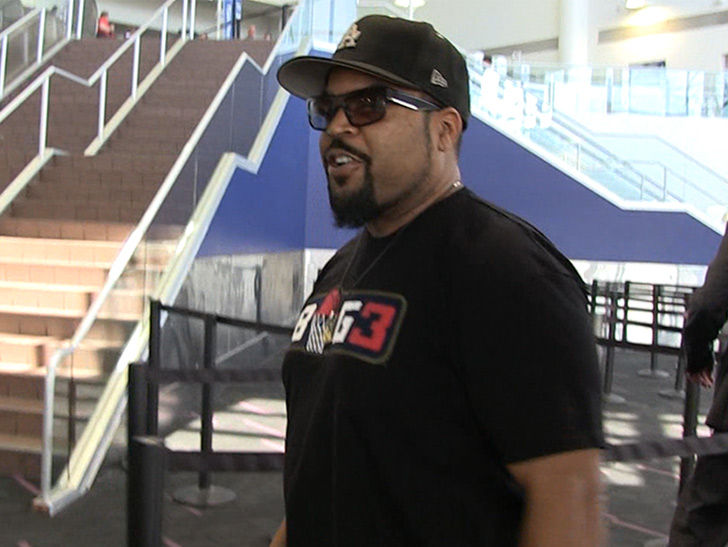 Ice Cube is going to bat for Dak Prescott — saying people trashing the QB for wanting to stand for the national anthem can go eff themselves.

Dak’s been getting crap for backing up Dallas Cowboys owner Jerry Jones who recently said his players will NOT take a knee during the anthem.

Dak was quoted as saying, “I never protest during the anthem, and I don’t think that’s the time or the venue to do so.”

The backlash was swift … including a mural in Dallas that depicted Prescott in the “Sunken Place,” a reference from the movie “Get Out”, which means Prescott has forgotten his place as a black man.

They made a sunken place mural of Dak Prescott 😂 pic.twitter.com/hU4NEFPw3r

Cube tells TMZ Sports the mural is “bullsh*t” — and has this message for Prescott … “Do what you want to do, man. F*ck everybody.”

Our photo also tried to pitch Cube on a new ‘Friday’ movie idea — don’t wait by the phone, bro.