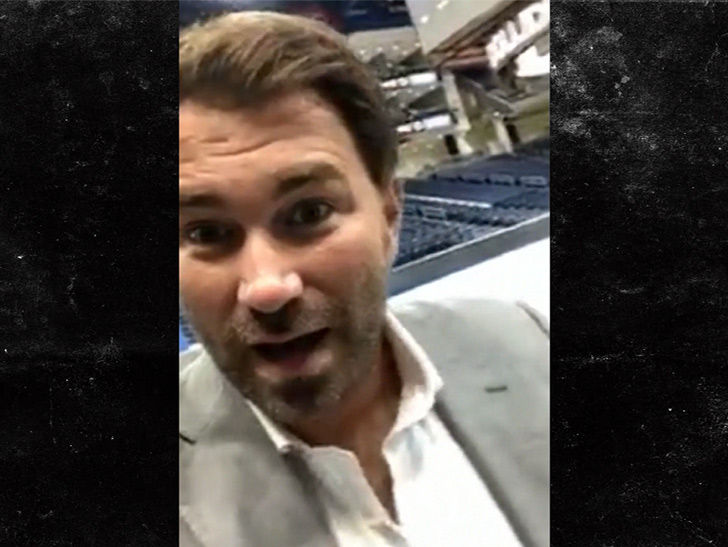 Eddie Hearn – the promoter in charge of Anthony Joshua‘s career — says the fight between Logan Paul and KSI is an insult to hardcore boxing fans … an insult he’d LOVE to promote.

Hearn basically controls boxing on the other side of the pond … promoting not only AJ, but stars like Amir Khan, Daniel Jacobs and Tony Bellew.

Being that the fight is happening in his backyard in Manchester, we had to get Hearn’s take on the event, and he told us he HATES IT and LOVES IT, all at the same time.

Hearn’s point is clear … he says Logan and KSI have managed to capture the interest of non-boxing fans, which Eddie says is the key to making a big splash on pay-per-view.

The fight goes down on August 25. We’re sure Eddie will be repulsed and excited by it.