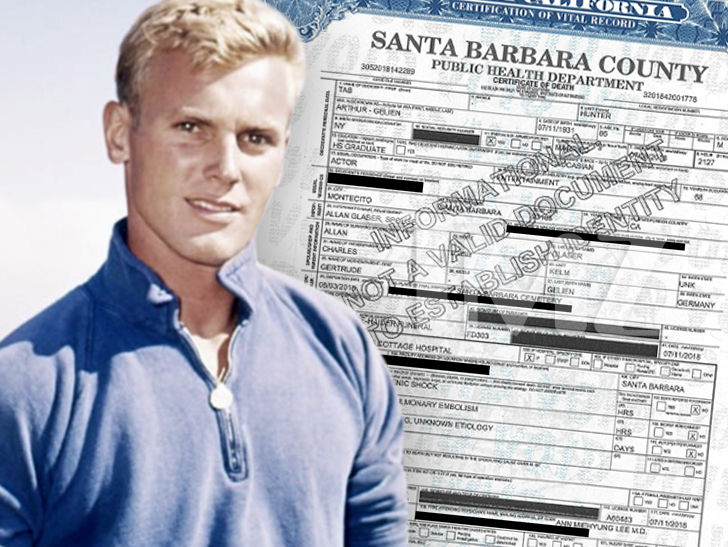 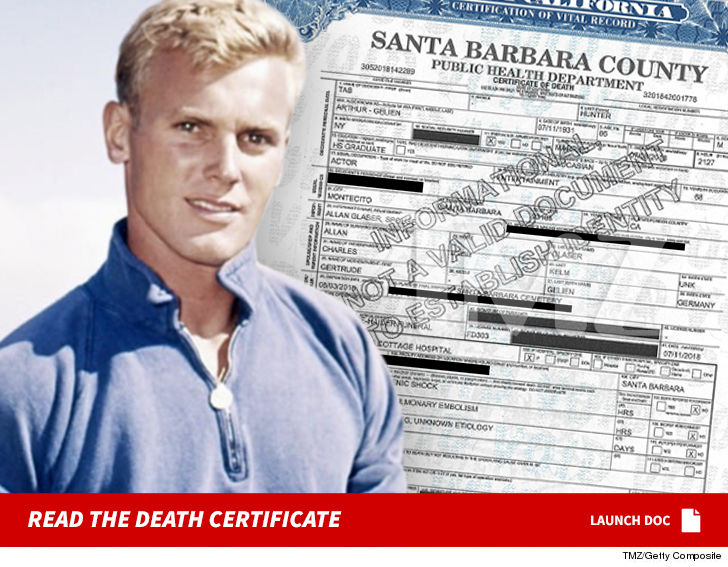 Tab Hunter – the 1950s heartthrob actor — died after his heart gave out but, according to his death certificate, he was also battling a debilitating disease … prostate cancer.

According to the doc — obtained by TMZ — Tab died from cardiogenic shock … which is when the blood suddenly can’t pump enough blood to meet the body’s needs. Another contributing factor to his death was a massive pulmonary embolism. The doc also says he had prostate cancer.

As we reported … the actor known for his surfer-boy looks and roles in “Damn Yankees” and “The Burning Hills” died last month — 3 days shy of his birthday — at Santa Barbara Cottage Hospital.

Tab always felt he would have been blackballed from Hollywood if people had discovered he was gay, so he later revealed in his memoirs that he had studio setup relationships with women.