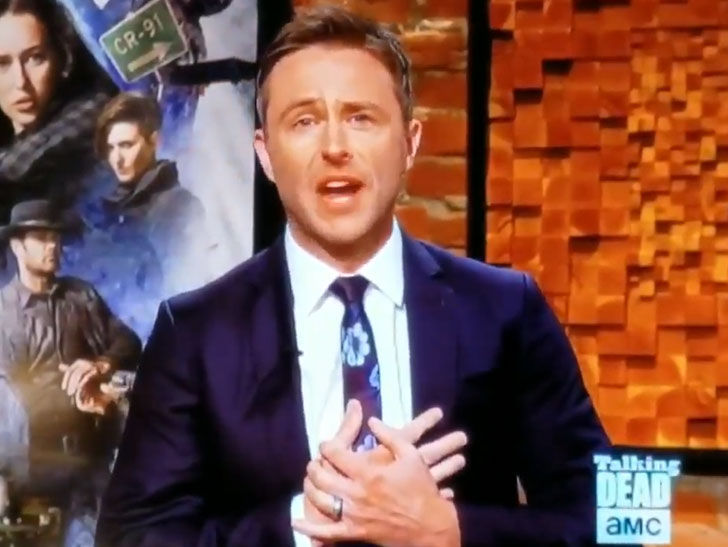 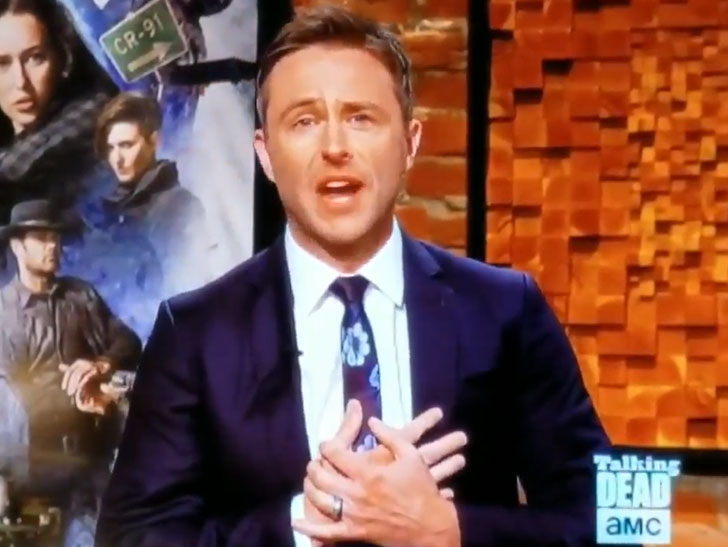 Chris Hardwick is still reeling from the sexual harassment claims made by his ex-girlfriend … that much is clear after he made an emotional statement to his ‘Talking Dead’ fans.

Chris was back hosting the show Sunday night, and choked back tears as he said, “I’m so appreciative to be standing here right now.”

He thanked fans for their support during AMC’s investigation of allegations Chloe Dykstra had made — that he was emotionally and sexually abusive to her during their relationship.

Chris said the ‘Walking Dead’ shows were more than just his job, but a “vital part of my life.”

AMC cleared Hardwick to return to hosting last month after what it called a “very careful review.”