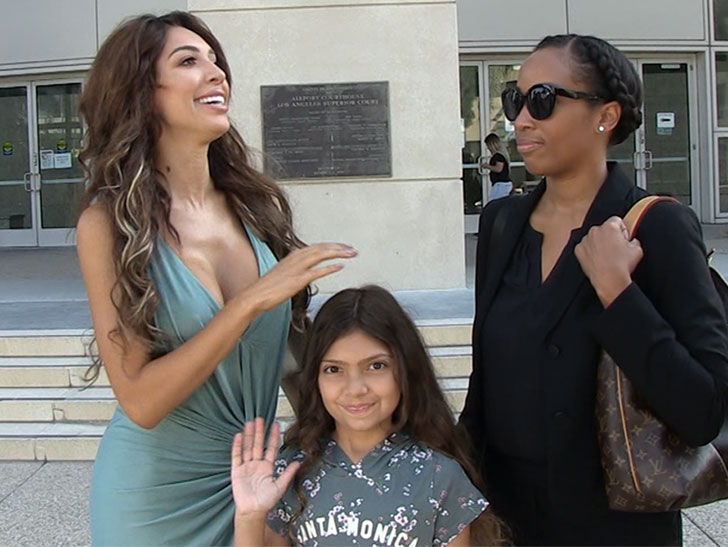 Farrah Abraham‘s taking Mommy & Me day to a whole new level — bringing her 9-year-old daughter to court to watch Mommy get arraigned for battery.

The ex-‘Teen Mom‘ pled not guilty Monday in L.A. for her June arrest in Beverly Hills. TMZ broke the story … Farrah was charged with battery and resisting an officer when she allegedly got physical with a security guard who had asked her to leave the Beverly Hills Hotel. She also got belligerent with and taunted police.

Our camera was rolling when Farrah — with Sophia in tow — arrived at court. She described the legal drama as a case of bullying courtesy of … Beverly Hills.

We also talked to her about “Mob Wives” star Drita D’Avanzo calling her out for being too scared to box her. Farrah does a ‘lil bobbing and weaving.