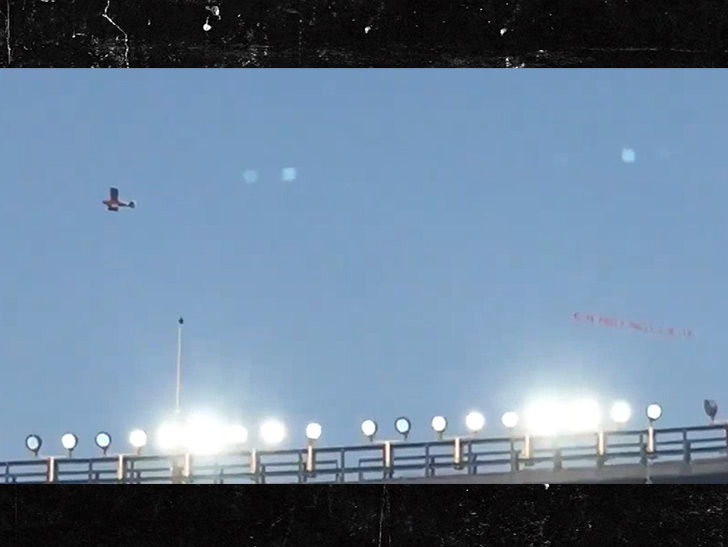 It’s been 192 days since Super Bowl LII … but in case anybody in New England forgot what happened that game — Eagles fans have them covered WITH A BIG-ASS FLYING BANNER!!

The Pats and Eagles play in a little S.B. rematch Thursday night … and Philly fans were kind enough to remind New England how their last go-around went — with an airplane over Gillette Stadium.

Of course … the Eagles whooped the Pats, 41-33, to win their first-ever Super Bowl back in February.

A lot less is on the line in preseason Week 2 … but we’re pretty sure Tom Brady‘s still pissed.