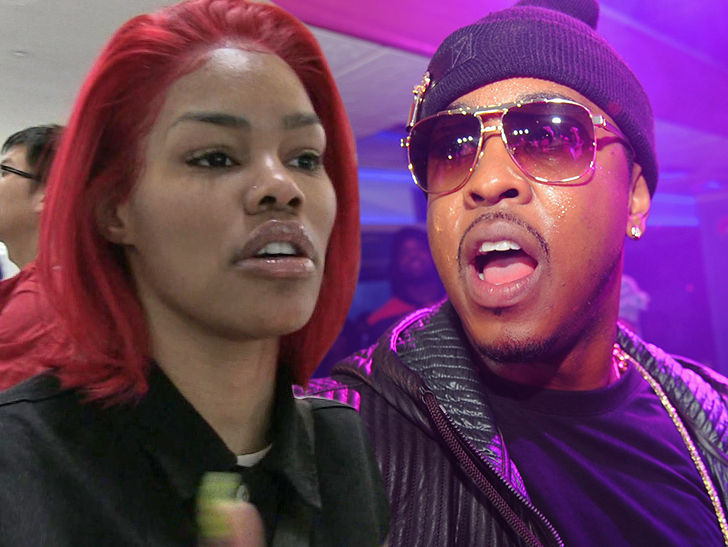 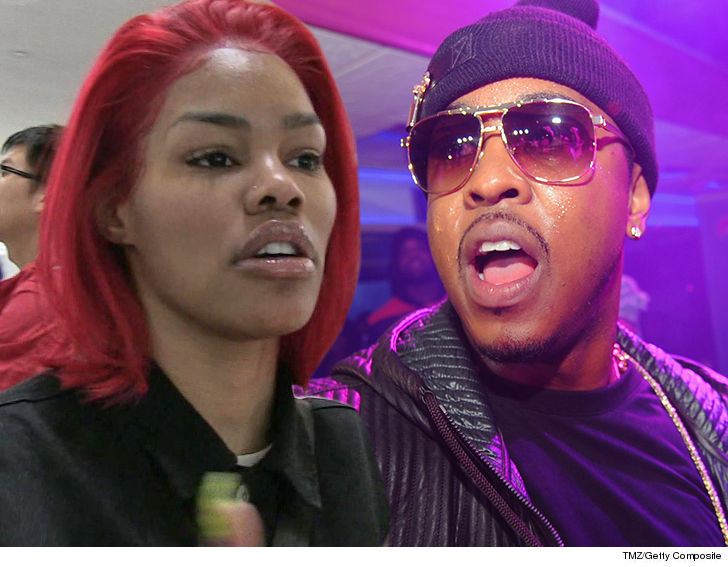 Teyana Taylor‘s war of words with Jeremih has reached a whole new level — the tour Jeremih was headlining has just been rebranded and Teyana’s now running the show.

Teyana announced Thursday morning on Twitter that the Later That Night tour will now be the KTSE on Alse VII tour. She also said DaniLeigh will join her and all tour dates will go on as scheduled … save for Toronto, which will be rescheduled later this week. 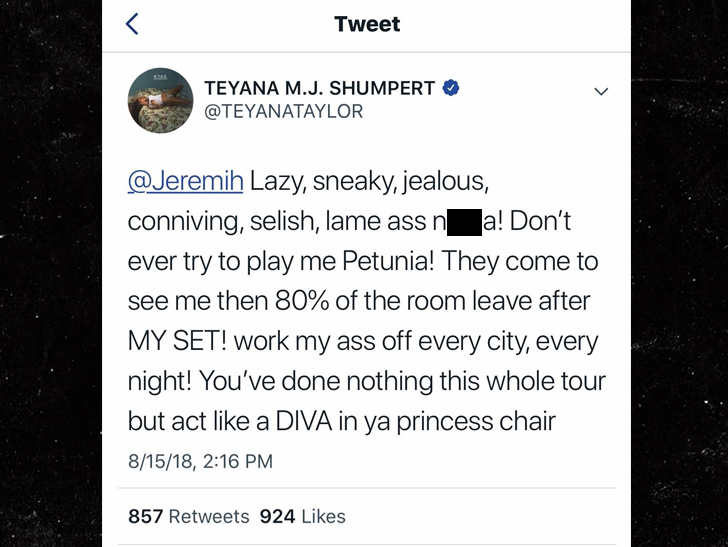 The move comes on the heels of Teyana putting Jeremih on blast Wednesday … calling him every name in the book. She later tweeted she was done with him because she’d been extremely mistreated on the tour. She added, “I will NO longer continue to stay on the #LaterThatNightTour because if I do ima end up knocking this n**** out. I’m sorry to all who has already purchased tickets to see me. I will make sure everyone gets refunded.”

Turns out it might not even come to that … ’cause there’s 15 dates left on the tour and Teyana’s pushing forward. We’ve reached out to tour organizers, so far no word back.