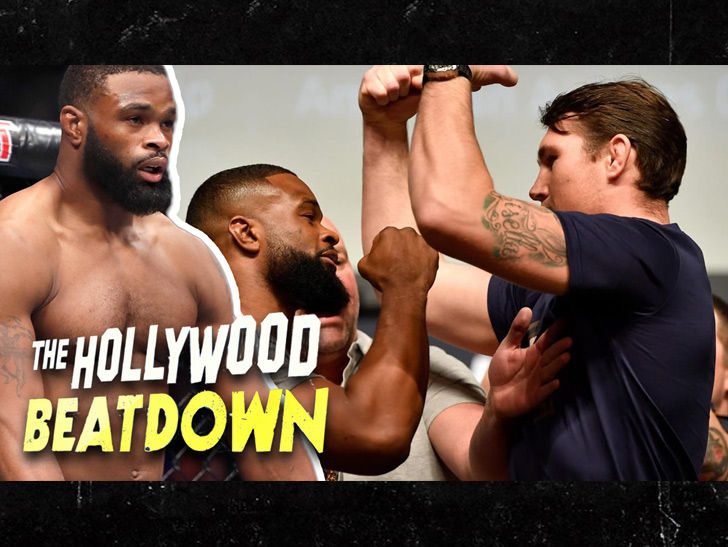 Tyron Woodley was so pissed off that he was forced to sit near Darren Till at UFC 227 — he stormed out of his seat and ordered staff to open a room at the arena so he could release some of his aggression in an impromptu training session.

Woodley and Till are scheduled to fight at UFC 228 in Dallas on Sept. 8 — but, Tyron says someone at UFC 227 in L.A. thought it would be “real cute to put two f**king dogs next to each other right before they’re about to fight.”

It didn’t sit well with the champ — and things erupted right inside Staples Center.

Tyron tells the whole story on this week’s ‘Hollywood Beatdown’ — where he also rips Donald Trump over his “blatantly racist” comments about Omarosa.

Check out ‘The Hollywood Beatdown’ every Friday on the TMZ Sports YouTube page.