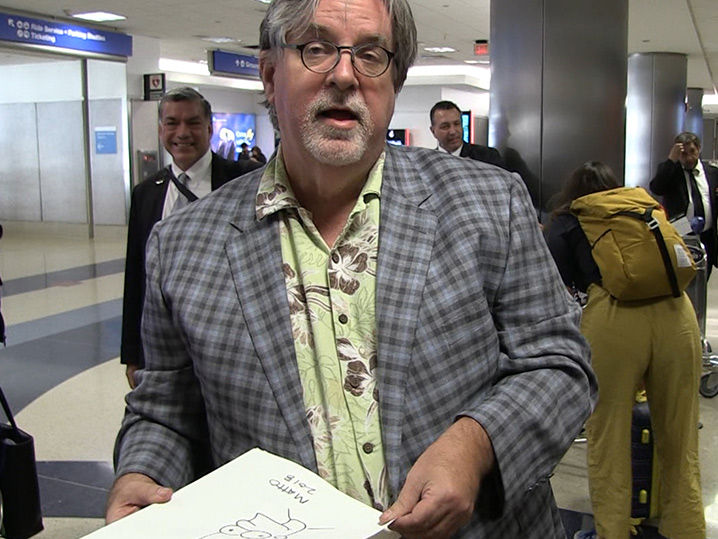 Not Quite Ready for Real-Life Homer

Matt Groening has a new Netflix show out called “Disenchantment” … but he’s got an enchanting way of appeasing autograph seekers — he comes prepared.

We got ”The Simpsons” creator at LAX Friday, and he showed up with a bag full of signed cartoon drawings to give away … which he calls his new strategy for pleasing his fans.

Our cameraman even got an original Elfo! (He’s one of the stars of Groening’s new show.)

My 3D re-imagining of what Homer Simpson would look like in real life. pic.twitter.com/NVkyO65ItC

Then our guy hit Matt with some jarring news — a 3D artist on Twitter posted his imagining of what a real-life Homer Simpson would look like … and he basically replied with an “Ay, Caramba!”