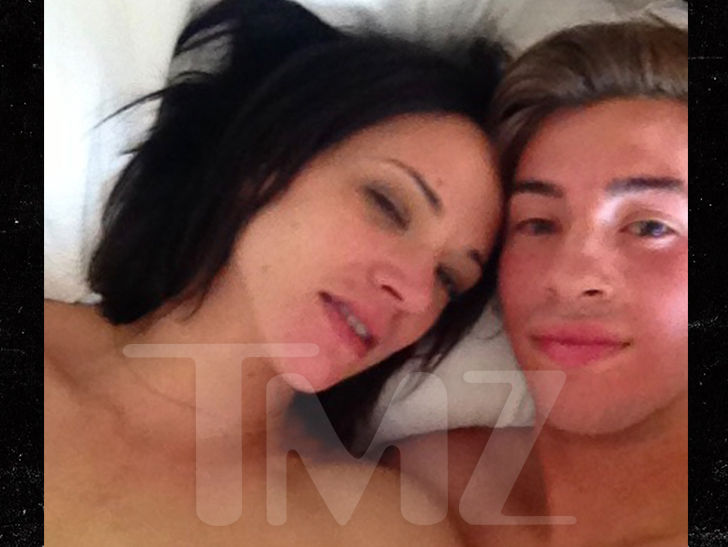 In Bed with 17-Year-Old Boy 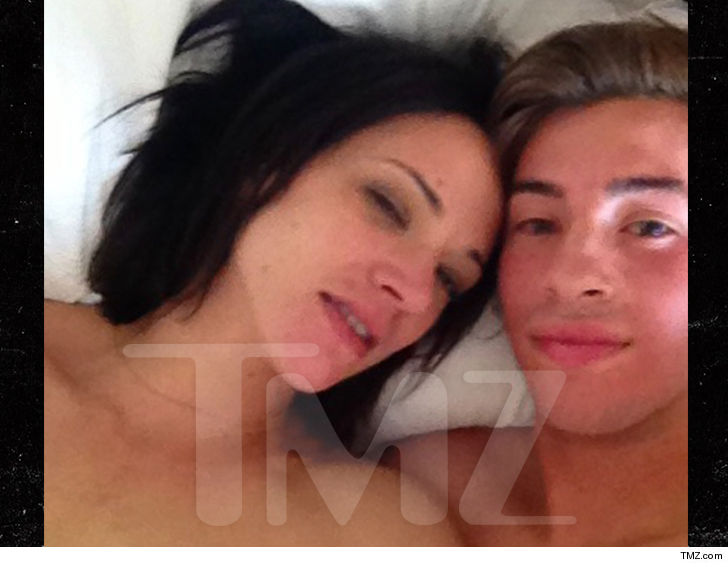 Asia Argento says she did not have sex with then 17-year-old Jimmy Bennett, but a photo and various text messages between Argento and a friend tell a very different story … she flat-out says she had sex with him.

This is one of 4 photos Bennett, now 22, took in a Marina del Rey hotel room back in 2013. The then 37-year-old Argento and Bennett are on a bed shirtless, their heads on a pillow and their arms entangled. Sources tell TMZ the pic was taken after the 2 had intercourse. It’s a crime in California for an adult to have sex with a person under 18.

Bennett later threatened legal action and, in April, Argento settled with him for $380,000 … which her boyfriend, Anthony Bourdain, paid.

Argento released a statement Tuesday, saying, “I have never had any sexual relationship with Bennett.” 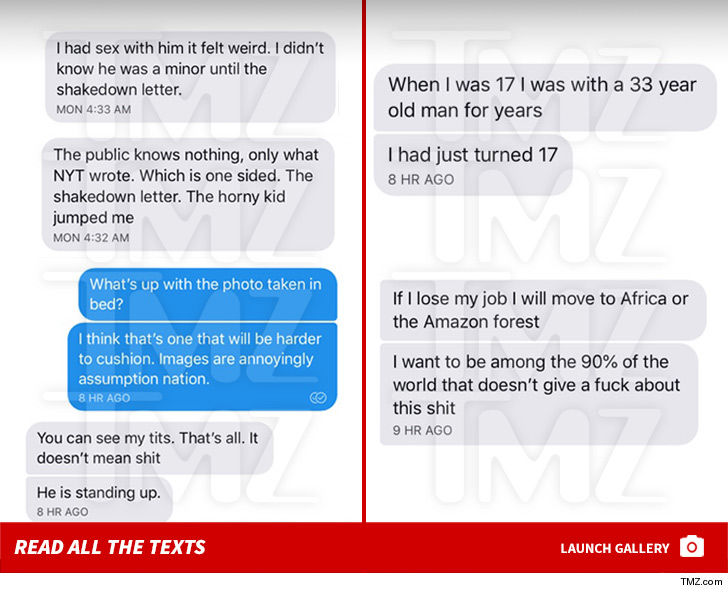 Above are partial text exchanges between Argento and one of her friends. Argento and the friend went back and forth in the midst of the backlash from the New York Times story that ran Sunday about her and Bennett. Argento’s messages are in grey … her friend’s are in blue. 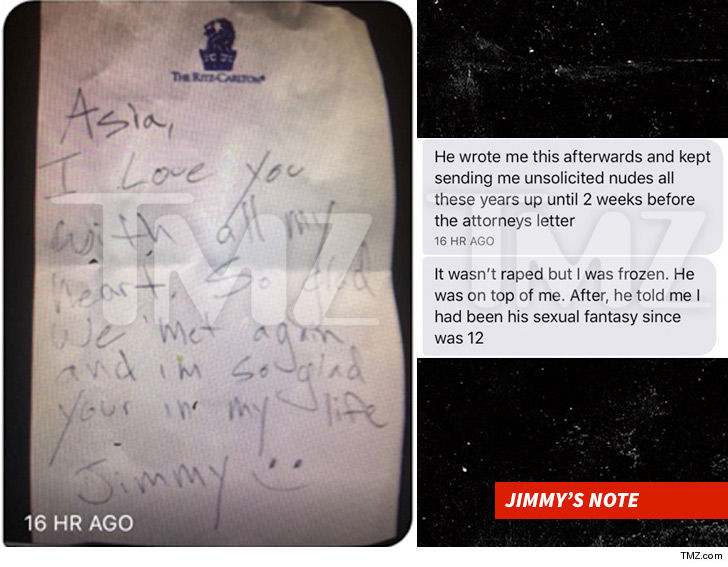 Bennett wrote a note on Ritz-Carlton stationary — the hotel where they hooked up — and said, “Asia, I love you with all my heart. So glad we met again and I’m so glad your in my life. Jimmy.”  She texts her friend the note, saying, “He wrote me this afterwards and kept sending me unsolicited nudes all these years up until 2 weeks before the attorneys letter.

Argento has accused Harvey Weinstein of rape and is one of the first women to come forward in the #MeToo movement. Weinstein’s lawyer, Ben Brafman, lashed out earlier in the week, saying, “This development reveals a stunning level of hypocrisy by Asia Argento, one of the most vocal catalysts who sought to destroy Harvey Weinstein.”

As we reported, the L.A. County Sheriff’s Dept. is reaching out to Bennett to determine if a criminal investigation is warranted.

We reached out to Argento’s lawyer … so far, no word back.