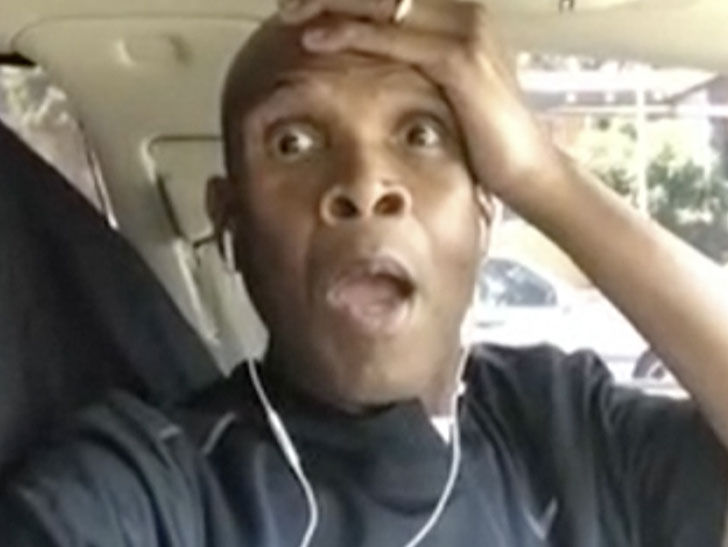 I Attacked Drunk Driver Who Hit Me

Big Boy says he was THIS close to laying the smackdown on the EXTREMELY drunk driver who rear-ended him in Calabasas.

The legendary radio DJ tells us … he was SHOCKED to learn the man who smashed into his ride Tuesday was a prosecutor on leave with the L.A. County D.A.’s Office.

Big Boy says he tried to attack the drunk driver, Michael Pettersen, before cameras and police arrived … but he was held back by his friend as cooler heads prevailed.

The video is wild … Big Boy says he was in disbelief when the driver took a pull from a VODKA BOTTLE after a half-hearted sorry while still in the driver’s seat.

The unbelievable scene unfolded Tuesday afternoon … when a BMW barreled into the back of Big Boy’s Nissan Armada. When cops finally got the drunk driver out of his car, his pants fell down … and he hit the ground next.

Big Boy says it’s fortunate no one was seriously injured … ’cause the crash occurred near an elementary school.

Maggie Lindemann Talks About The “Proudly Visible” Campaign | TMZ TV
Jeannie Mai on Why Marriage to Jeezy Feels ‘1000% Different’ From When They Were Dating (Exclusiv…
Meg Thee Stallion Fans Have GOP Pundit Fearing for Her Life
AOC Rips Jeff Bezos For Asking For Space Money While Ex Donates Billions
KUWTK REUNION: Khloe Kardashian Calls Out Sister Kourtney for Not Sharing Her Love Life