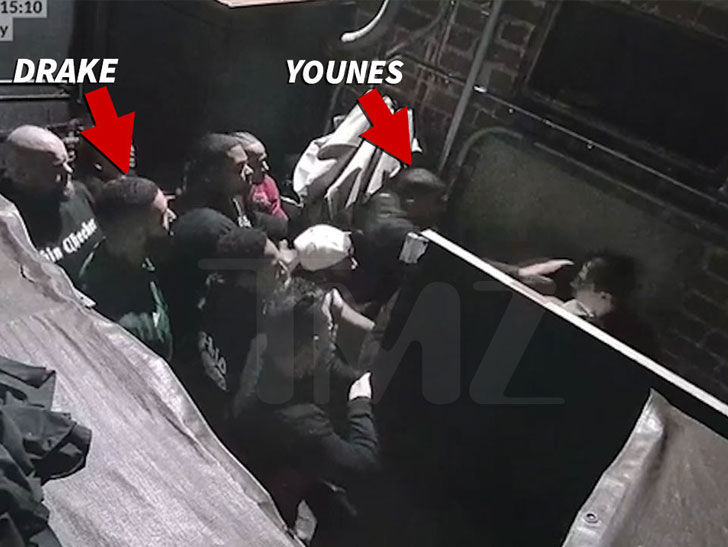 Drake and Odell Beckham, Jr. watched as Kourtney‘s ex, Younes Bendjima, viciously beat a man outside a West Hollywood nightclub … and TMZ has the video.

It went down March 24 at Delilah nightclub at 2:15 AM. Drake, Odell and at least a dozen other guys are leaving through the back door of the club when an employee throws open the door leading to the parking lot.

The employee mouths something to the group, which clearly pisses them off, and Younes delivers a flurry of punches to the employee’s head. Another member of the crew jumps in and delivers his own series of punches as the victim appears to go down. Younes grabs the guy’s hair and continues the assault.

A source who was there tells TMZ the victim “talked smack” as he opened the door for the group.

Law enforcement sources tell TMZ, the employee filed a police report, but changed his mind and decided not to pursue the matter.

TMZ shot video of Drake, Odell and the other guys entering and leaving the nightclub.