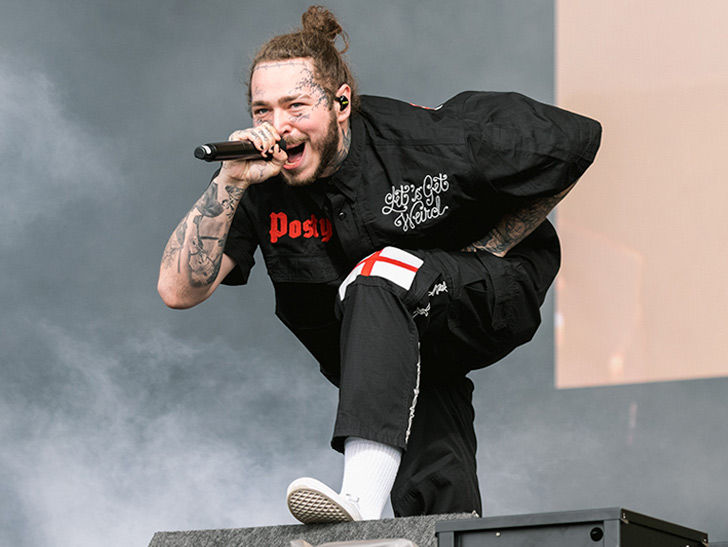 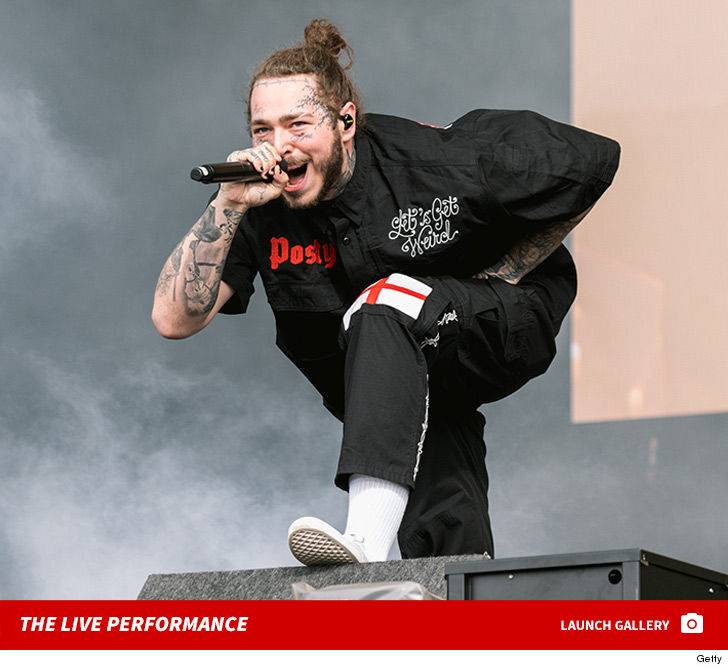 Post Malone showed no signs of PTSD following his super scary airplane emergency this week — he just hopped on another jet to the UK and owned the stage as usual.

The rapper/singer performed for the first time since his plane was forced to make an emergency landing at Stewart International Airport in New Windsor, NY Tuesday … rocking out during day one of the Reading Festival at Richfield Avenue in England Friday.

Posty wore a black getup featuring his nickname along with “Let’s Get Weird” embroidered on his shirt … and didn’t look like the frightening flight had any lingering effects on him.

As we reported … Post and his crew were on board a plane that took off from the Teterboro Airport in New Jersey heading to the UK for the festival when it blew 2 tires on takeoff.  The plane flew for several hours to burn fuel before it touched down … metal to the runway.

Post told us upon landing he hates flying and needed some booze ASAP to calm his nerves. He later gave mad props to the flight crew for taking care of him … and said he was ready to party.