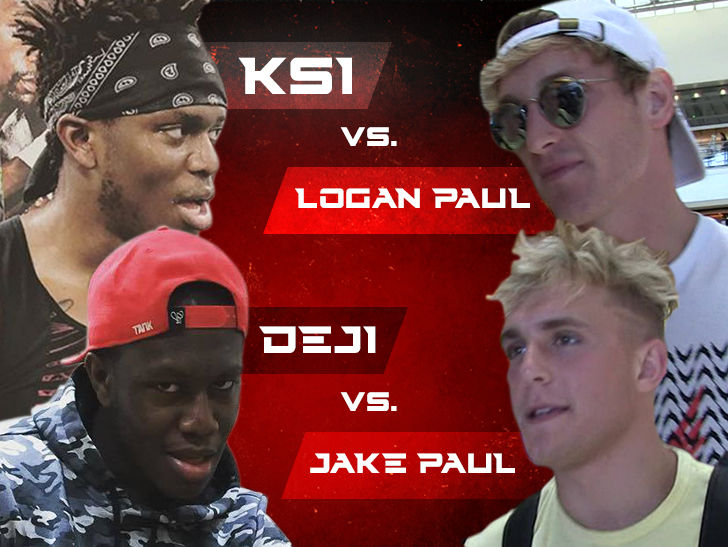 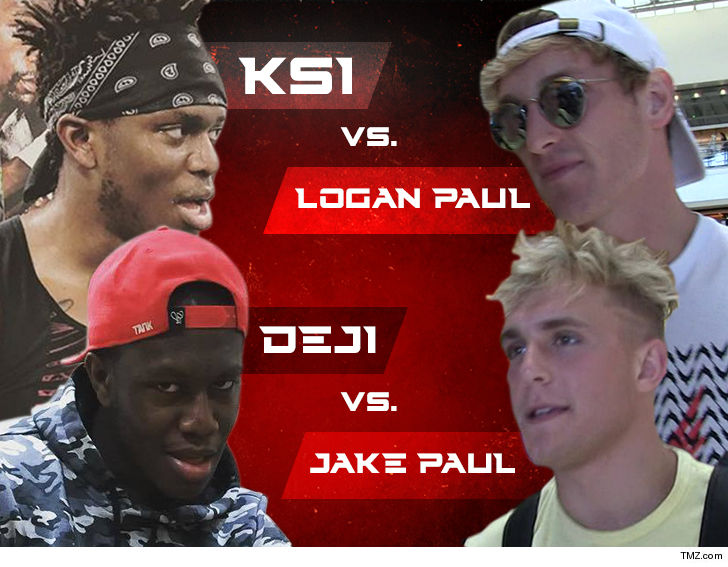 The YouTube superstars’ superfight night in Manchester, England — featuring Logan Paul vs. KSI and Jake Paul vs. Deji — is in full swing … and we have our first big winner in the battle of the bros. 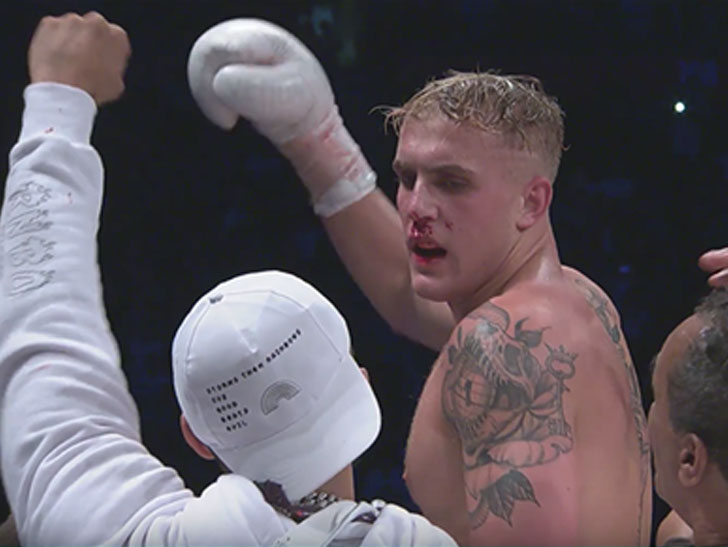 The younger Paul bro defeated Deji in the 5th round by knockout after wearing him down with a flurry of punches in the previous 2 rounds. Deji’s corner threw in the towel as Jake continued his barrage in the fifth.

The 2 were aggressive from the opening bell, throwing jabs and hooks and landing head and body shots galore … and Jake’s bloody face in round 1 showed the damage. 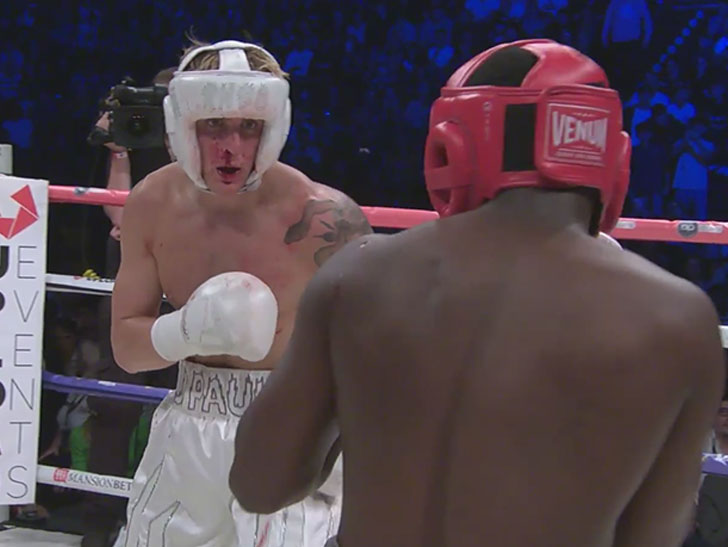 He was able to recover, though … and seemed to have more stamina and composure as the fight went on.

Next up is the highly anticipated bout between Logan and KSI, who came face-to-face Friday for weigh-ins one final time before they enter the ring to pummel each other … and brought the insults.

KSI decided to go after L.P.’s girlfriend, Chloe Bennet … by walking onto the stage wearing a mask of the “Agents of S.H.I.E.L.D.” star’s face. Logan hit back with a jab at KSI’s apparent bad breath … by giving him some gum.

Both bros have been training like maniacs for months, with KSI crushing his boxing workouts and Logan brutalizing his sparring partner in a training sesh.

As for the Jake fight … he predicted a 1st-round KO of Deji when asked by legendary boxing announcer Michael Buffer at Friday’s weigh-in. Deji responded by calling Jake “delusional.”

Two days earlier … Jake slapped Deji in the face when KSI’s little bro crashed his gym where he was meeting up with fans for autographs and pics.

But none of that matters now … to the victor go the spoils.