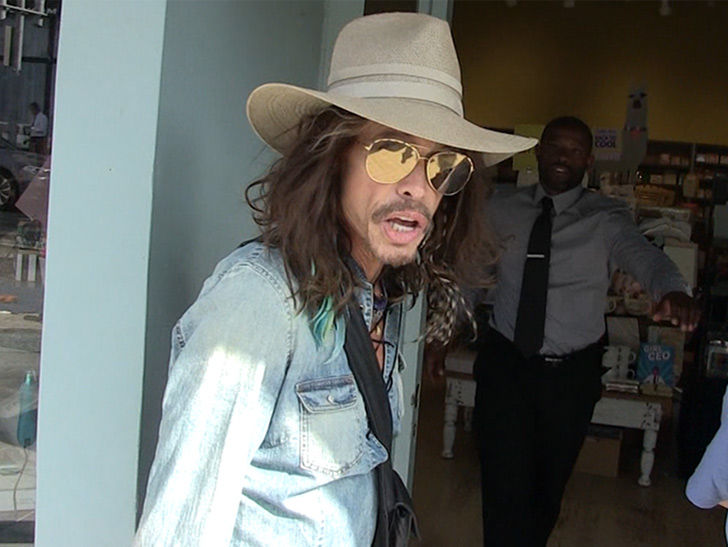 We got Steven and his GF Aimee Friday in Bev Hills, going into Optometrix, when our photog asked about his repeated demands that Trump stop using songs like “Livin’ on the Edge” and “Dream On” at various campaign rallies.

Trump has ignored the demands, and clearly Steven has had it up to here. His lawyers fired off 2 cease and desist letters during the 2016 Presidential campaign as well.

Tyler’s lawyers fired off a letter to Trump Wednesday, telling the Prez to cut the crap .. this after “Livin’ on the Edge” was played Tuesday at a West Virginia rally.

THIS IS NOT ABOUT DEMS VS. REPUB. I DO NOT LET ANYONE USE MY SONGS WITHOUT MY PERMISSION. MY MUSIC IS FOR CAUSES NOT FOR POLITICAL CAMPAIGNS OR RALLIES. PROTECTING COPYRIGHT AND SONGWRITERS IS WHAT I’VE BEEN FIGHTING FOR EVEN BEFORE THIS CURRENT ADMINISTRATION TOOK OFFICE.

The scene in WV before Trump’s rally. Aerosmith’s “Livin’ on the edge” playing. pic.twitter.com/HW1qr9TBgE