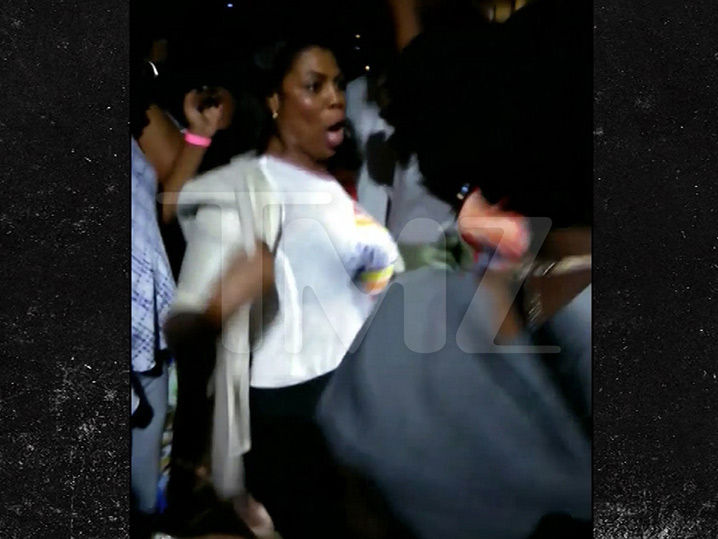 ‘Unhinged’ on the Dance Floor …

At Daiquiri Shoppe in TX

Omarosa‘s book tour must be going well — just look at the way she celebrates after another grueling week of airing out Donald Trump‘s (alleged) dirty laundry.

The former White House staffer and Trump’s newest frenemy #1 was spotted getting down and wild and at the Daiquiri Shoppe in Grand Prairie, TX Friday night — a restaurant that apparently doubles for a pop-up nightclub come 9 o’clock or so … ’cause this happened.

You see O singing and dancing along to Nelly’s “Hot in Here” with her friends. Eyewitnesses tell us she and the gang were celebrating a GF’s birthday … and were mostly left undisturbed as they partied it up.

Can’t blame her for cuttin’ loose — Omarosa’s book, ‘Unhinged,’ sits at the top of the NYT’s best-seller list for non-fiction, and is doing decent on Amazon’s book list too.