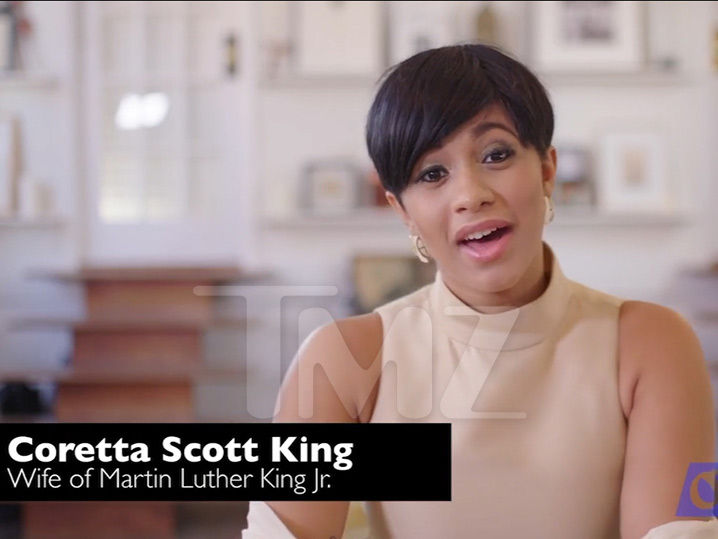 These Hoes Tryin’ to Bang Martin!!!

Cardi B playing Coretta Scott King will be the most unforgettable and hilarious thing you see today — it will also be the most inappropriate. Guaranteed.

Cardi stepped into the role of Martin Luther King Jr.‘s late wife for a skit called “Real Housewives of the Civil Rights Movement.” Yes, she went there … spilling tea with Rosa Parks and the wives of Malcolm X and Jesse Jackson. There’s also a jaw-dropping “Iggy Azalea” sighting.

You gotta watch, but fair warning … there are multiple references to MLK’s infamous infidelities, and even the trip to Memphis, where he was assassinated.

The sketch is part of “Wild ‘N Out” star Rip Michaels‘ new show, “Off the Rip.” As we told you, it also features Cardi delivering “Ho Etiquette” jokes that some call racist.

Look, it ain’t gonna win an NAACP Image Award, but where else ya gonna see Cardi/Coretta drop the line … “All these hussies wanna sleep with my huuusband!”