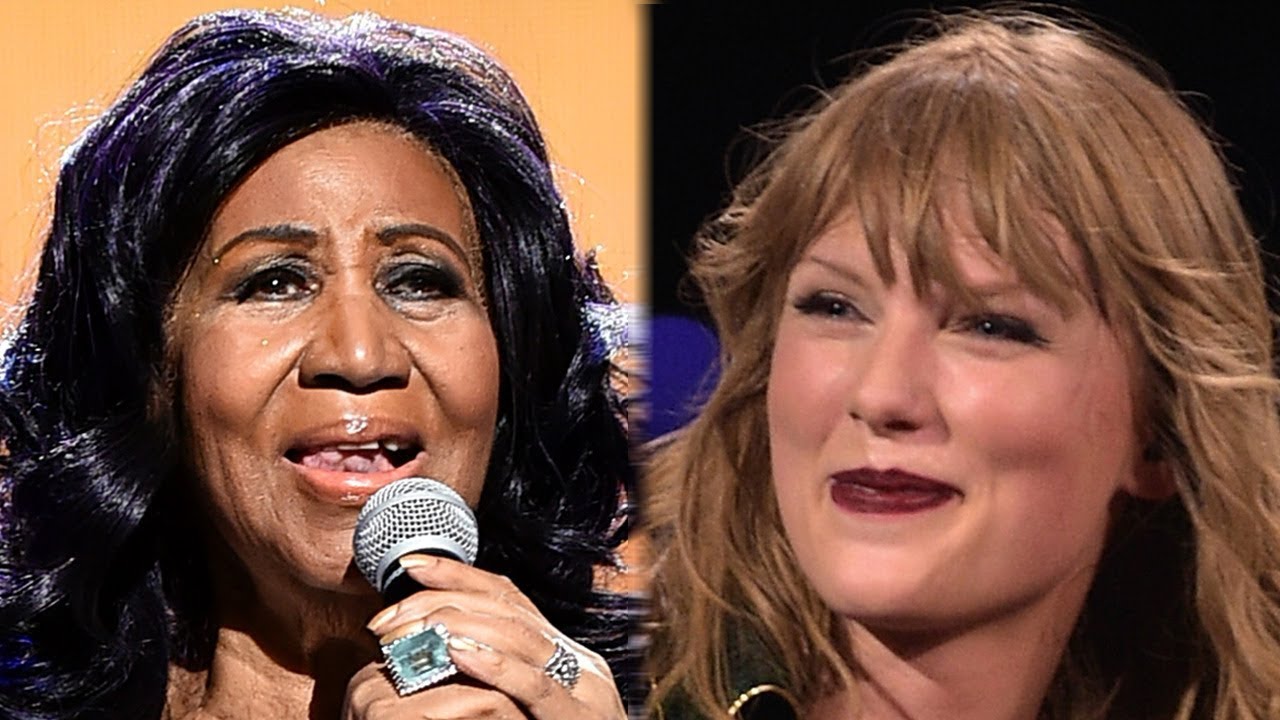 Taylor Swift took her Reputation Tour to Ford Field in Detroit, Michigan on Tuesday night and included a powerful tribute to the late Aretha Franklin. About an hour into the show Taylor turned the mood into an emotional one. She led the stadium filled with fifty thousand people in a moment of silence for Aretha.

At the end of the minute Taylor said gently into her microphone, “We love you, Aretha.” Before the moment of silence, Taylor shared some inspiring words about Aretha that touched upon her legacy as more than a phenomenal singer. Taylor started by saying QUOTE, “Detroit, last week we lost an irreplaceable force: Aretha Franklin. She did so much for music, she did so much for women’s rights. She did so much for civil rights. She was one of those people, where no matter what you say, no matter what glowing positive things you said about her, it would be an understatement. Words could never, ever describe how many things she did in her lifetime that made our world a better place. And this is her home.”

But this wasn’t the only Aretha tribute during the night. The show’s opener Camila Cabello also gave Aretha a shout out during her set. These tributes came in the middle of two days where Aretha’s body is lying in repose in the Charles H. Wright Museum in Detroit for public viewing. Aretha will be laid to rest on Friday with a private funeral that will be streamed online and on TV. What did you think of Taylor’s moment of silence for Aretha? Tell us your feels on the moment in the comments below. After that, click here to watch another new video and of course don’t forget to hit that subscribe button! I’m your host Emile Ennis, Jr, thanks so much for tuning in to Clevver.

Add us to your circles on Google+: http://google.com/+ClevverNews
Tweet Me: http://www.twitter.com/Emileennisjr