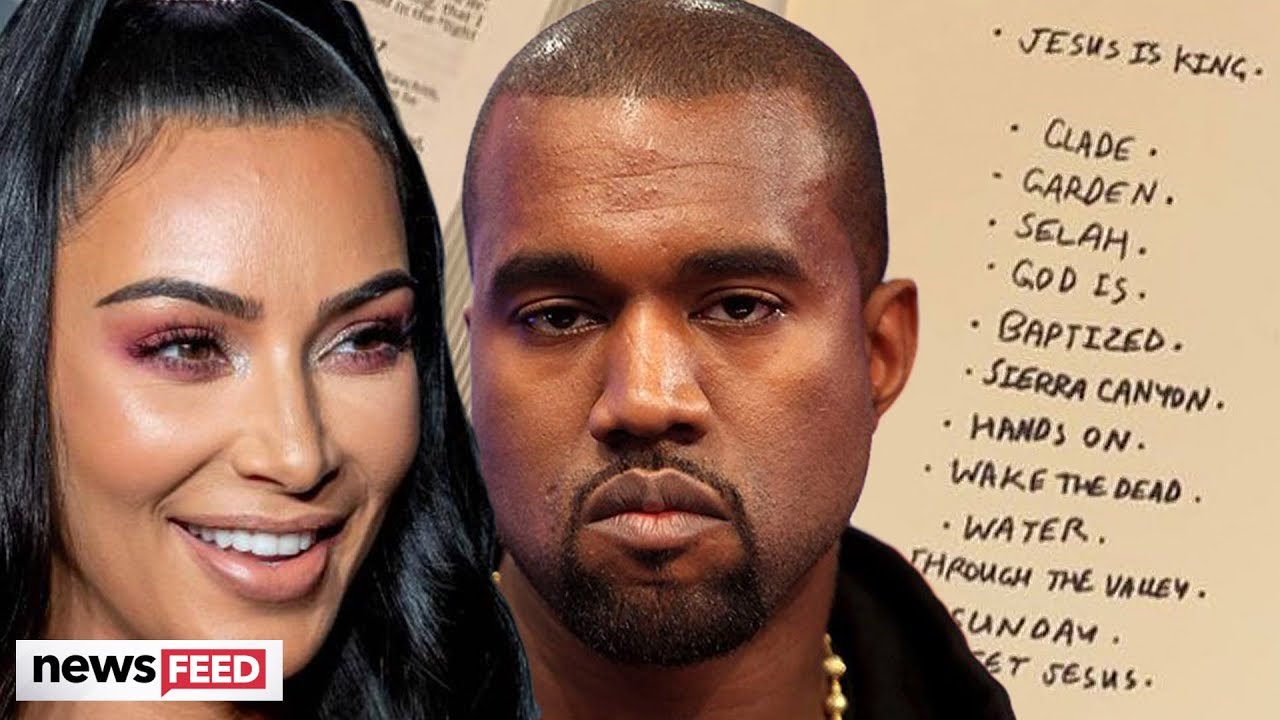 Kim Kardashian West might have just leaked a preview of Kanye West’s title and track list for his upcoming new album.

She posted with no caption other than the praying hands emoji.

Along with what looks like a tracklist, the photo features a copy of the Bible opened to Psalm 57:6, a flashlight, a jar of lemons, and what appears to be some rough drafts.

The tracklist ends with September 27th, which is apparently the album’s slated release date.

And the tracklist definitely has a religious theme going on.

Which is no surprise given how he has been leaning into his Sunday Services.

And in case you have been living under a rock, his Sunday Services are a spiritual musical performance experience.

The Kanye’s Sunday Services Instagram account also posted the tracklist photo on Instagram saying quote, “Kanye’s next album: Jesus is king👑 Also you can see the bible on the left and some of the lyrics on the right⚡️⚡️. Inspired music is G.O.O.D. music.9.27.19”

There are twelve spiritual titles listed like “Water,” “God Is”, “Baptized,” “Sweet Jesus,” and “Sunday.”

One of the tracks, “Water,” has actually been previewed to fans by Kanye during select Sunday Services.

One person wrote quote, “About to be lit. 🔥”

And someone else said quote, “LETS GOOOOO”

And finally someone just shared this GIF which I had to include because it’s great.

But I want to know what you guys think.

Are you excited for Kanye’s new album? And what do you think of the new direction he’s going with his music?

Let me know down in the comments below.

And while you’re down there, it’s time to join our Clevver fam. Hit that subscribe button if you haven’t before, trust me, you’re gonna love it. And hit the bell so you’re notified every time we post a new video. Then click right over here for more entertainment news. Thanks for watching I’m Emile and I’ll see you next time!