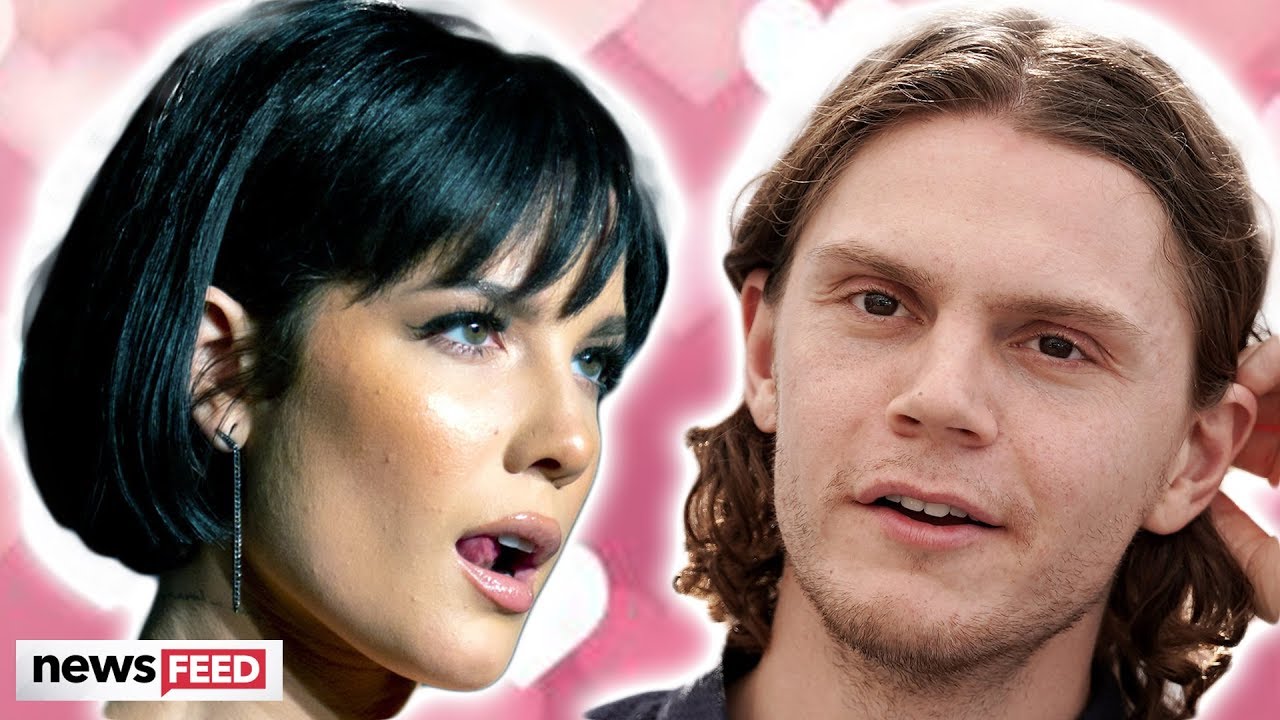 Everybody calm down. Take a deep breath and get ready for this tea. It looks like we have a new power couple on our hands, but we have some questions. Actually quite a few.

What’s up y’all!? it’s Emile Ennis Jr. here with Clevver News and it looks like Halsey may have a new man in her life. Did y’all know she was dating Evan Peters?

Now if you’re like me, you’re probably shook and saying, wait what about Yungblud? Aren’t Halsey and Yungblud in a full on relationship. Well you’re not alone. There’s so many tweets from fans trying to figure this out, like this fan who tweeted, “GUYS PLEASE I’M SO CONFUSED, DID HALSEY AND YUNGBLUD BREAK UP?”

Someone else tweeted, “HANG ON did Halsey and Yungblud actually break up??? Because there are barely any pics of each other on their instagrams now but I swear they’ve not said anything about it??? Or have I missed something???? Pls tell me it’s not true 😩😭”

Well before we get into that, let’s just break down where this is all coming from. Us Weekly reported exclusively that “Halsey and Evan Peters Are Dating After Romance With Yungblud and Emma Roberts.” According to the report, a source revealed that the two have actually been dating for weeks. But things escalated because Daily Mail had a separate exclusive with photos of the two at Six Flags Magic Mountain. In one of the photos Halsey and Evan are seen holding hands on a roller coaster and Halsey looks really happy. But just because you’re holding hands with someone and look happy, that doesn’t mean that you’re dating. So let’s see what else they have to say. They have a quote from a bystander that “wished to remain anonymous”! They said, “They were smiling and laughing together and looking into each other’s eyes as they were waiting for the ride to start.” Then they continued on saying, “When we got off the roller coaster, we bought the photo of them on the ride and saw that they were holding hands, their fingers were intertwined.”

Ok, to be honest, this all sounds really cute, but there’s another layer to this whole situation because Halsey has expressed how much she loves Evan Peters multiple times on social media over the years. Of course the article has the tweets that she allegedly tweeted and deleted. Let’s see what they say shall we?

So according to Daily Mail, on November 8, 2012, she tweeted, “Seriously Evan Peters stop making me attracted to alleged sociopaths and accused murderers….”

And then she tweeted on November 13, 2014 “I’m a fucking liar I’m so in love with Evan Peters I’m so whipped I’m whipped as fuck!”

So Dailymail had pictures of those deleted tweets, but we did find this tweet from October 2014 that says, “oh wait apparently the evan arrest was a hoax. Idc he still daddy af.”

Ok so now you’re caught up with all the recent news between Evan and Halsey, but fans were and are still confused. One person said, “HOW ARE HALSEY AND EVAN PETERS AT SIX FLAGS TOGETHER, THE SIMULATION IS GLITCHING“

Another said, “it didn’t even register to me that halsey and evan peters lived in the same universe”

Now let’s get back to this Halsey and Yungblud break up. Because fans and outlets are doing a deep dive trying to figure this one out. Shortly after these photos surfaced and went viral, Yungblud posted an Instagram story where he yells “Somebody take me to Disneyland” and many fans took this as a dig at the photos that surfaced.

This feels like a stretch to us especially since he was in Orlando performing and we know Orlando is the home of Disneyworld. But remember back in February, Halsey and Yungblud had an epic date night at Disneyland. So maybe he was reminiscing on good times.

Hmmmm. I mean we could read into things and speculate all we want, but honestly until we hear from Halsey, Yungblud or Evan Peters directly, we will just assume they’re friends. Even though all evidence is pointing to a possible relationship between the two.

Let me know what you guys think in the comment section below. After you’ve done all of that Then make sure you subscribe to Clevver News so you can stay up to date on all the latest news and click that bell so you’re notified. After you’re done with that, click right over here to check out another story. I’m Emile Ennis Jr. and I’ll see you soon.