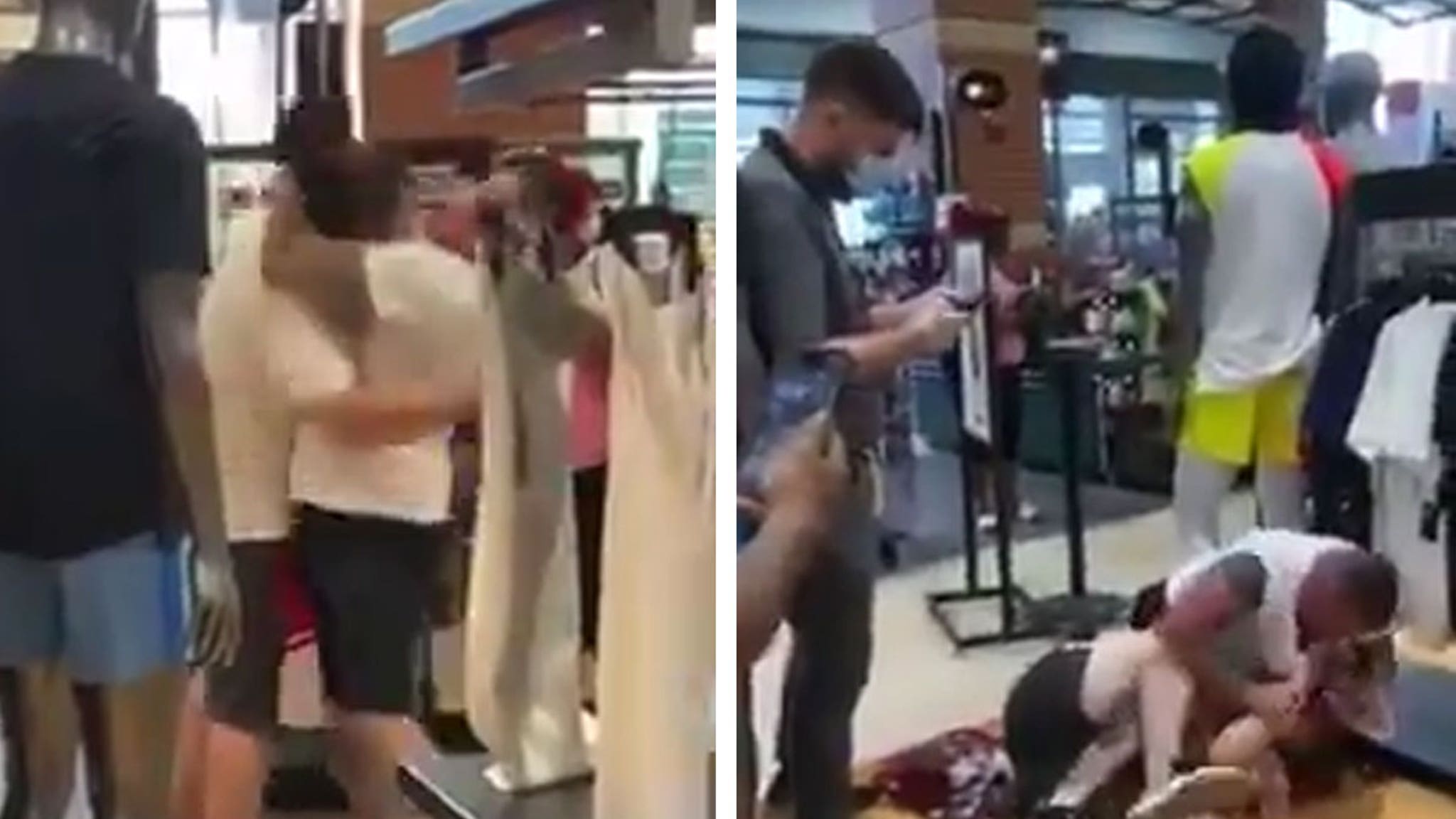 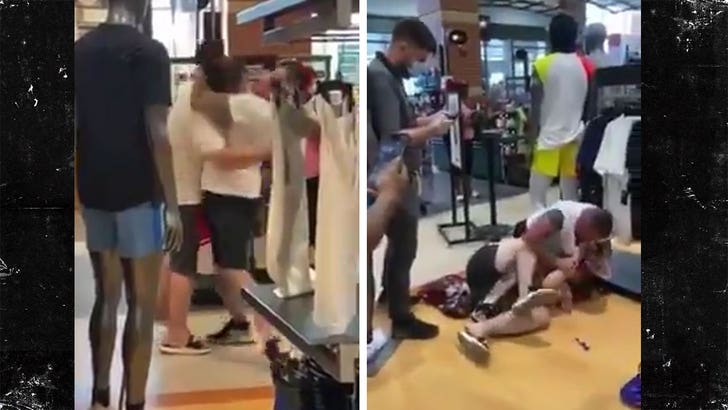 Video has surfaced of a violent confrontation at a Dick’s Sporting Goods store where a customer was punched and put in a chokehold … all over a candy bar.

It went down in Toledo, Ohio Thursday. Cops say they received a call from an employee at the store that a customer — 36-year-old Aaron Buckenmeyer — had stolen some merchandise.

The video begins with Buckenmeyer and an employee are standing toe-to-toe when the employee delivers a crushing blow that sends Buckenmeyer to the ground.

The employee told cops Buckenmeyer had headbutted him and that’s what provoked the punches.

You see Buckenmeyer in a chokehold. The employee claims during the takedown Buckenmeyer was grabbing him by the genitals.

As for Buckenmeyer … he repeatedly told the employee he had asthma and couldn’t breathe.

In the end … it appears the incident was triggered by a candy bar Buckenmeyer had put in a bag that fell out during the confrontation.

Buckenmeyer was taken to a hospital as a precaution for head trauma. The employee was arrested on assault charges.