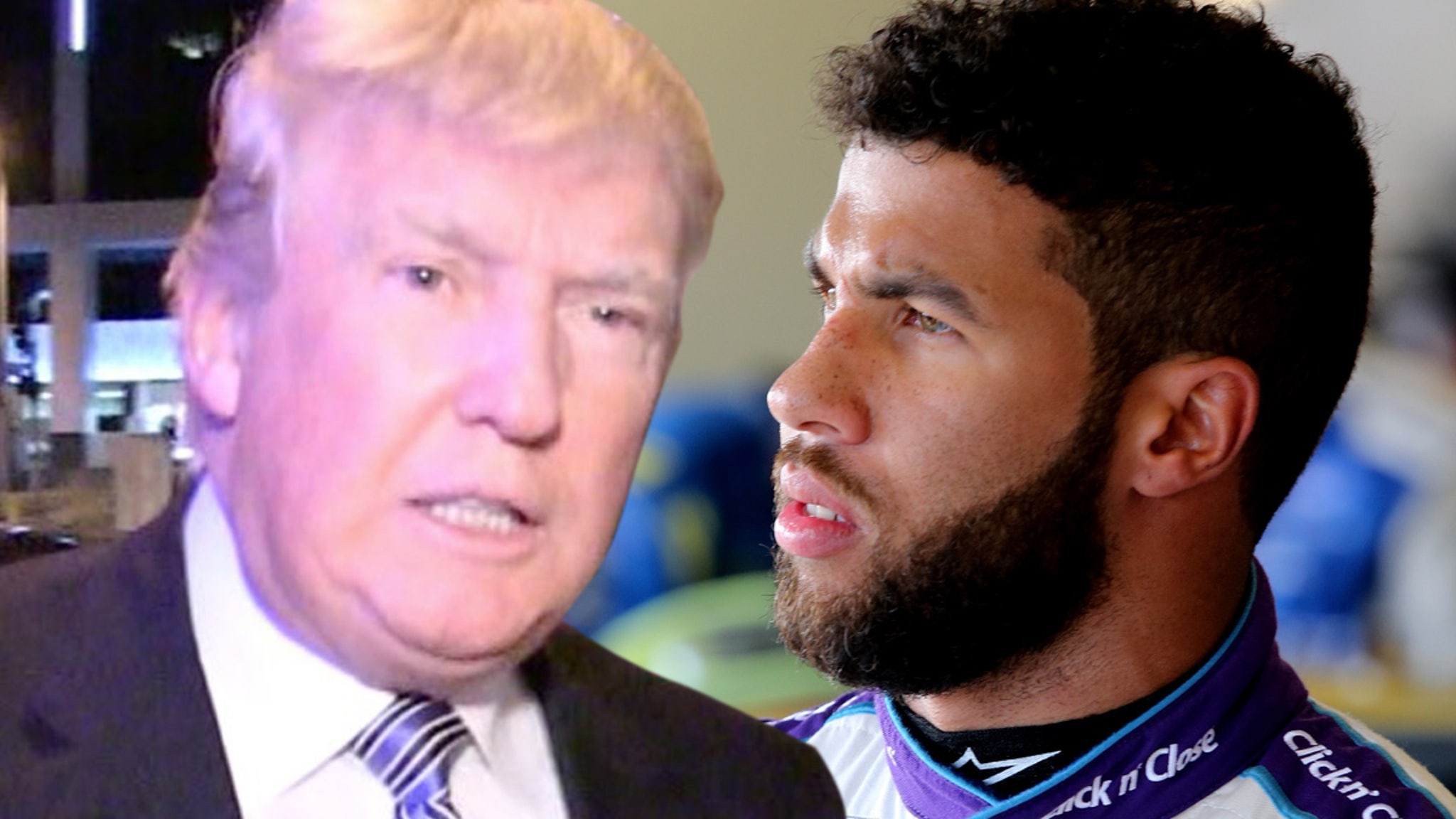 President Trump has now resorted to attacking Bubba Wallace, claiming the driver owes his bosses at NASCAR an apology for sounding the alarm over a noose that was found in his garage — going so far as to call it a “hoax.”

45 tweeted out the outrageous message Monday morning … “Has @BubbaWallace apologized to all of those great NASCAR drivers & officials who came to his aid, stood by his side, & were willing to sacrifice everything for him, only to find out that the whole thing was just another HOAX?” He added, “That & Flag decision has caused lowest ratings EVER!” 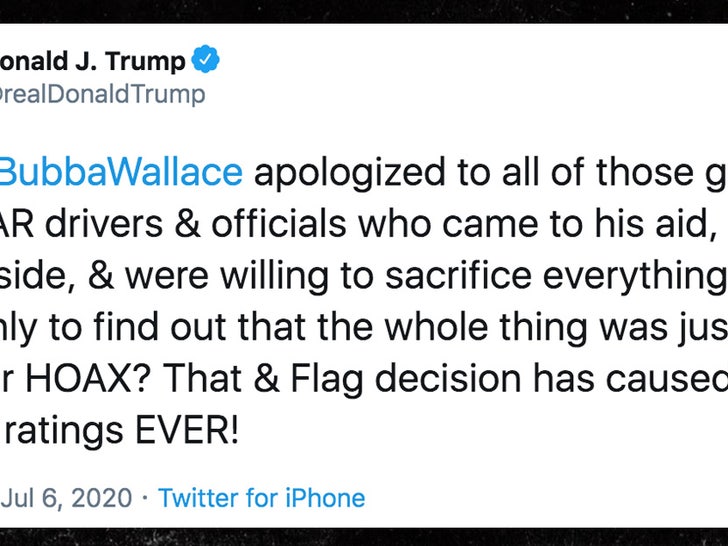 What Trump didn’t say … the garage in question was the ONLY one that had a rope fashioned like a noose. Trump, of course, has no regard for how an African-American driver might react to a symbol of hate, death and racism. 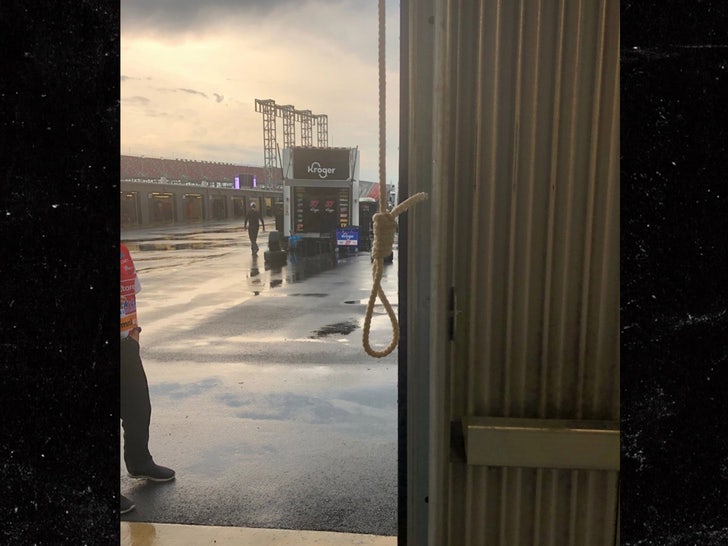 As for why Trump is suddenly pissed off 2 weeks after the incident came to light … well the Team Trump car with “Trump 2020” emblazoned on it crashed during the 16th lap.

A huge mess at @oreillyauto Pit Reporter @BradGillie‘s in. He reports a jack is in the middle of pit road. Both JTG cars, Allgaier, Truex Jr and Corey LaJoie were involved. One of Ryan Blaney’s crew member was hit during the incident. pic.twitter.com/FjttIutKTF

So, Trump is focused on racist, confederate flags and other symbols. Coronavirus … for him, it doesn’t exist. Racism … well, he seems to embrace it.

And BTW … NASCAR’s ratings are up.