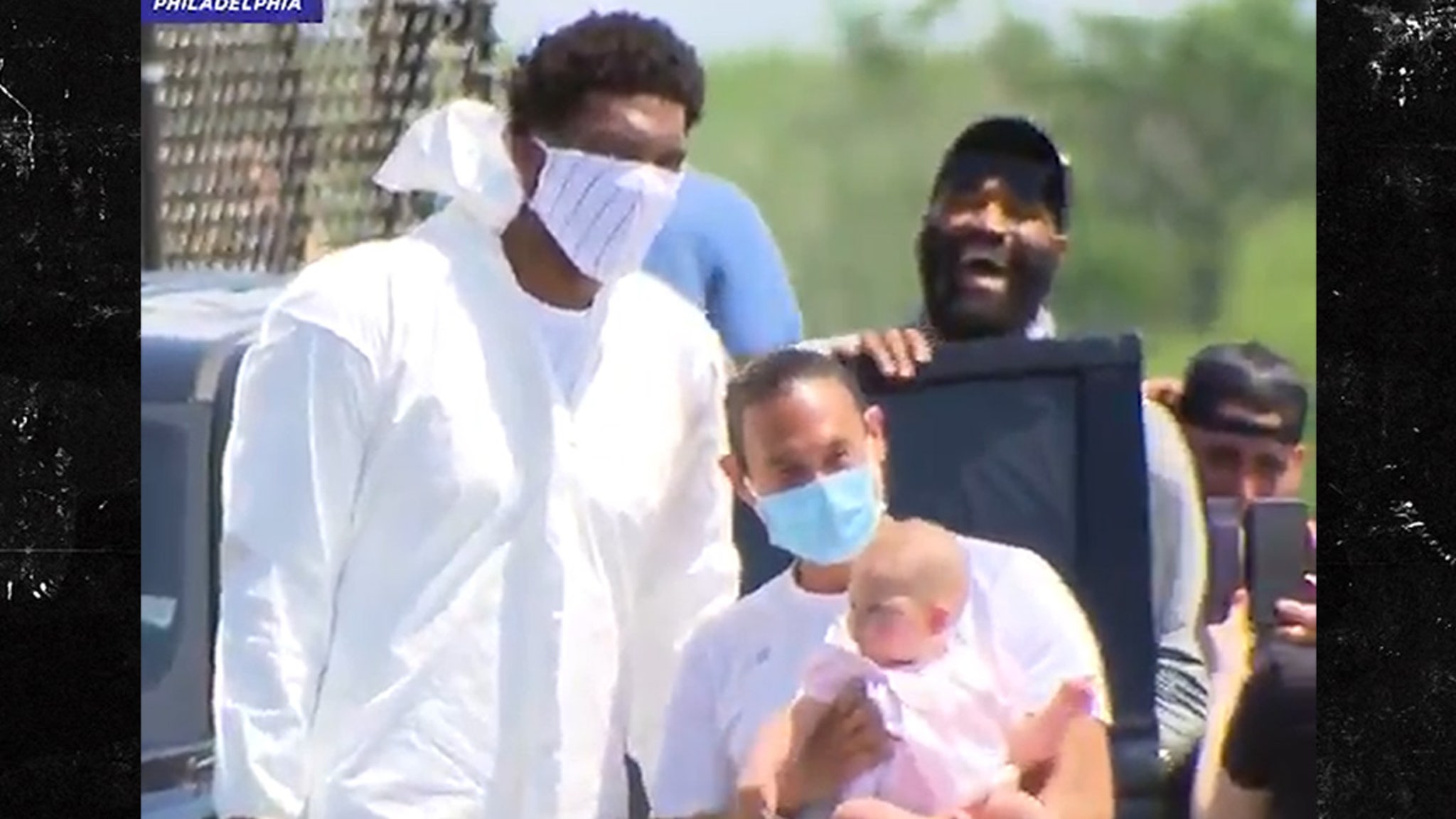 Joel Embiid made a helluva fashion statement on his way to the NBA bubble — rockin’ a FULL HAZMAT SUIT to keep the COVID out!!!

Embiid has not minced his words when it comes to the NBA’s plan to restart in Orlando — saying earlier this week, “I don’t think it’s going to be safe enough.”

So, when he pulled up to the airport in Philly Thursday to board the flight to the bubble … he let his outfit do the talkin’.

Joel Embiid has arrived for the flight to Orlando, in full mask, suit and glove gear. pic.twitter.com/Nz7hOtc69E

Sure, some of his teammates were laughing … but Embiid doesn’t think there’s anything funny about the NBA re-start.

“To me, all I want is to stay healthy and stay safe, keep the people around me safe. I want to make sure I’m able to live for a long time and not have any sort of consequences in the future from this if I were to be in a situation where I was getting the virus.”

He continued, “Unfortunately, I’m not a big fan of the idea. But then again, I’m going to do my job. I’m not going to let the city down. I’m going to represent my city — that’s what I’ve always done — my family, my teammates. The mindset doesn’t change. It doesn’t matter the fact that I don’t like that idea and I still don’t believe in it. I don’t think it’s going to be safe enough.”

The season — taking place at Walt Disney World in Orlando — is scheduled to tip-off on July 30.

With all his concerns … ya gotta wonder if Embiid tries to rock the mask on the court.