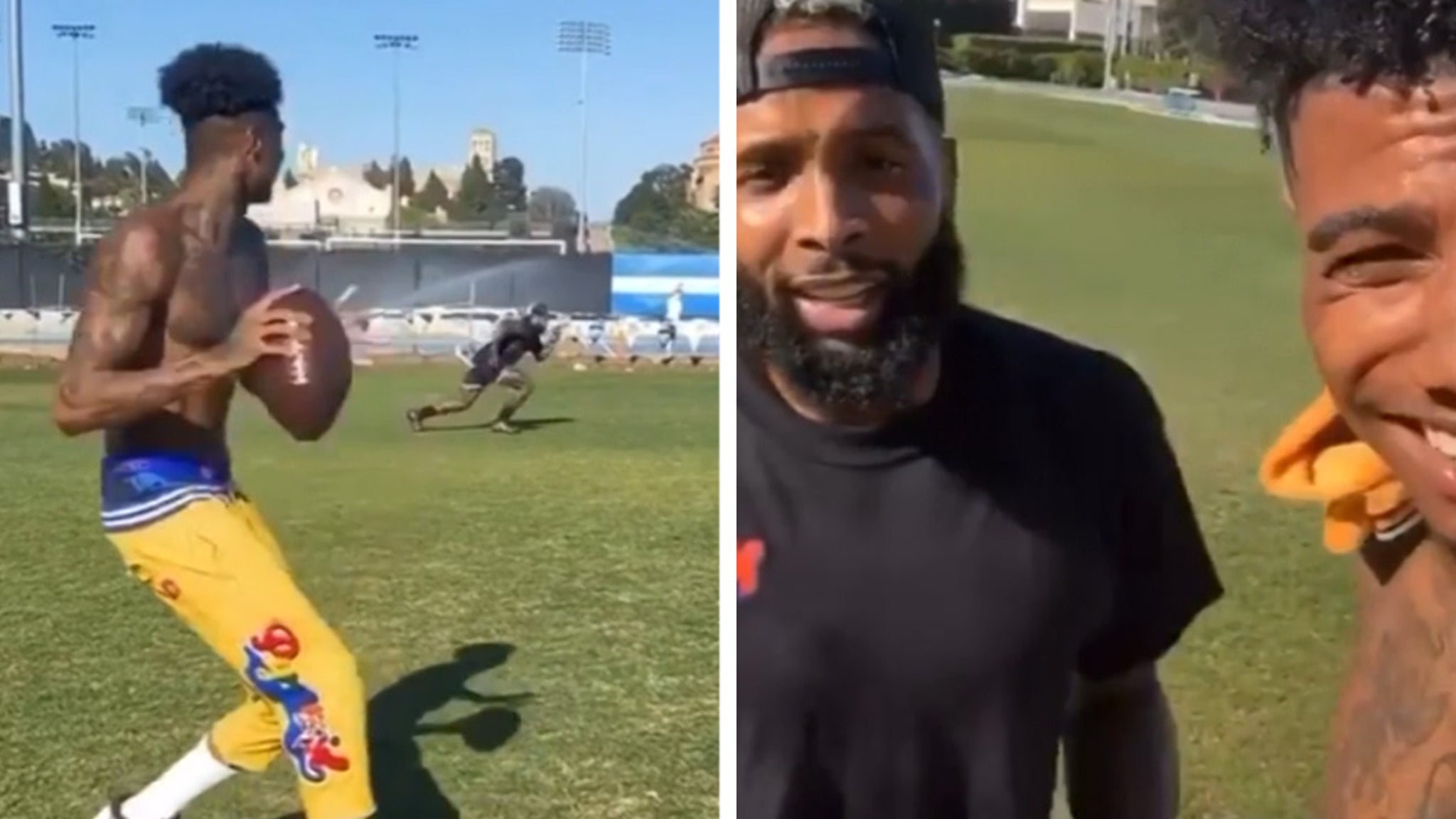 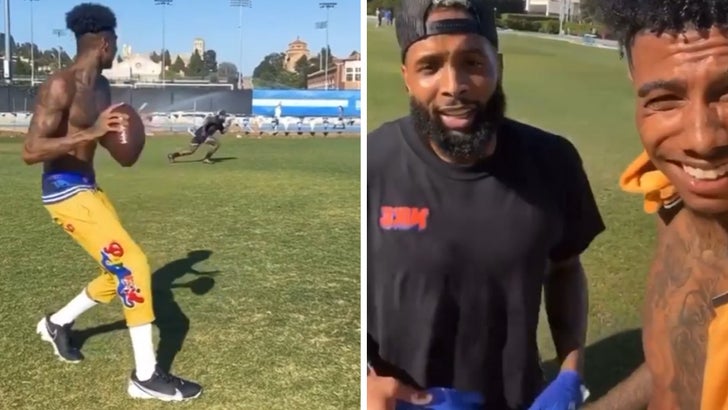 FINALLY — a quarterback who can feed Odell Beckham the ball!!! (Kidding, Bake!)

The Cleveland Browns superstar linked up with Blueface while working out at UCLA on Wednesday … and the duo decided to see what kinda arm the “Obama” rapper was dealing with.

And sheeeeesh … the dude has a cannon!!!

OBJ offered to run about a 40-50-yard route downfield … and Blueface hit him perfectly in stride for the completion. It was beautiful … and something Browns fans rarely got to see last year.

“Who got the best arm in the rap game?!,” Blueface asked OBJ.

“Yeah, you got it!!” Odell responded … while gifting his new QB his gloves as a souvenir.

New England Patriots QB Cam Newton was also in on the fun at UCLA … throwing darts to OBJ and even Blueface … who creatively edited his one-handed catch to provide ZERO proof he was able to come down with the ball.

Regardless, Blueface is a freak athlete … maybe the Browns should take a look??