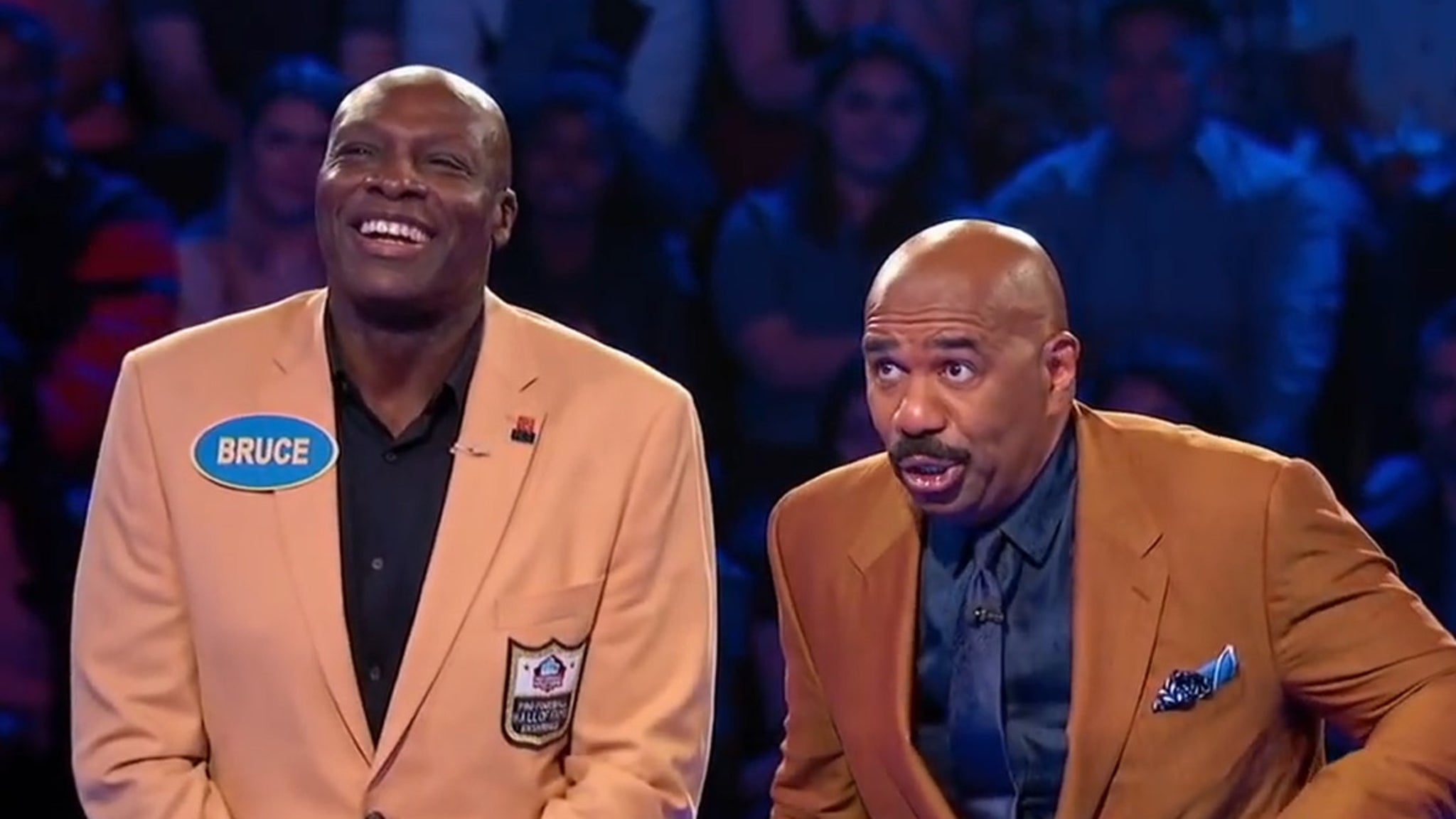 THIS IS AMAZING VIDEO!!

“If Captain Hook was moonlighting as a handyman, he might replace his hook with what tool?”

That’s what NFL Hall of Famer Bruce Smith was asked by Steve Harvey and you know what answer he gave?

Bruce Smith with one of the all-time great game show, uh, boners. And, of course, @IAmSteveHarvey meets the moment. pic.twitter.com/GjiVWouDuM

To be fair, Bruce offered “hammer” as his first guess but his teammate already said it … so, technically it was his second guess.

Obviously, Steve Harvey busted up laughing because it’s such a ridiculous answer.

Can you imagine Capt. Hook chasing Peter Pan around with a wiener dangling from his left hand?

Bruce Smith said his penis can replace a hook pic.twitter.com/AC5S2tfGwI