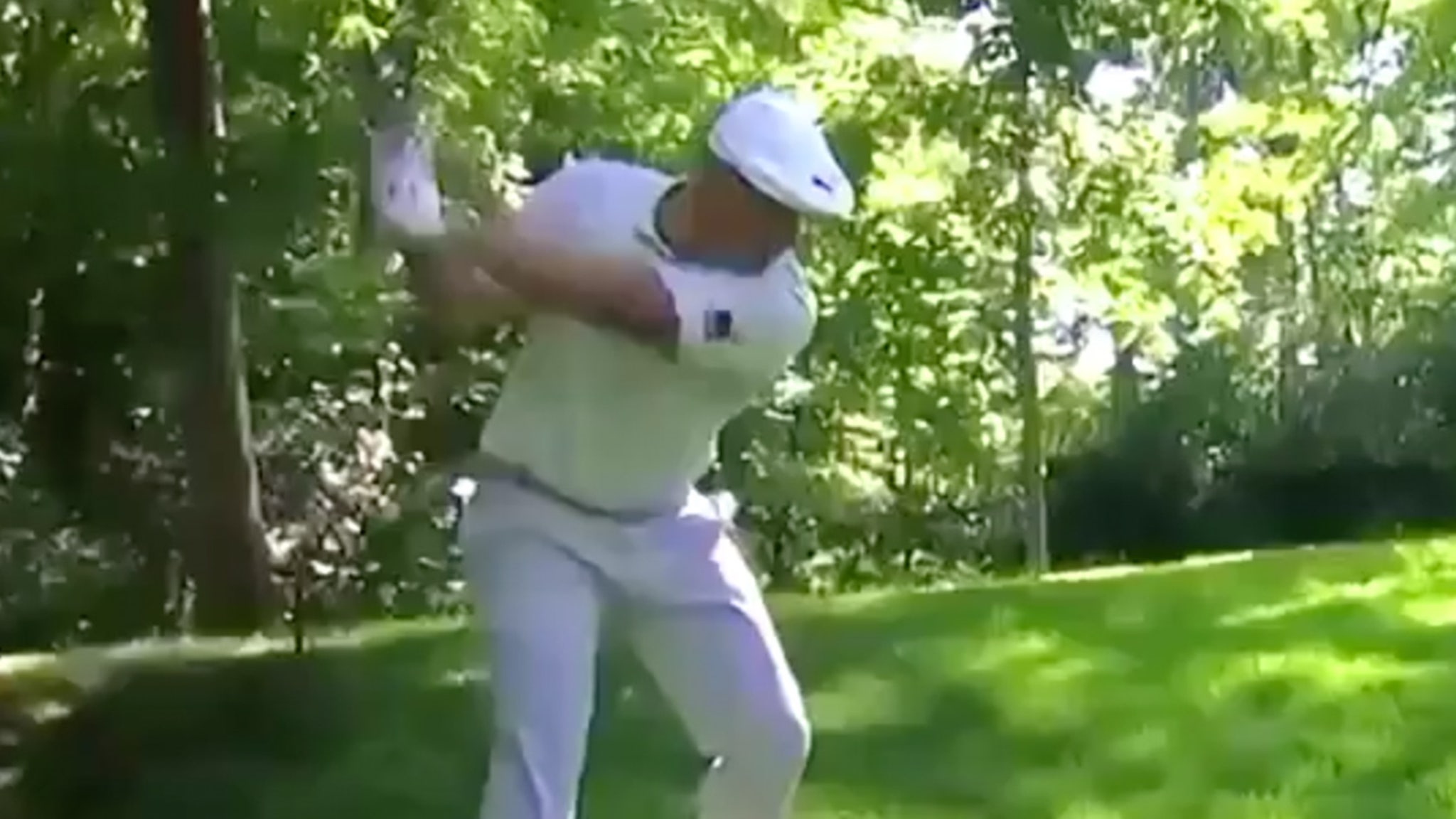 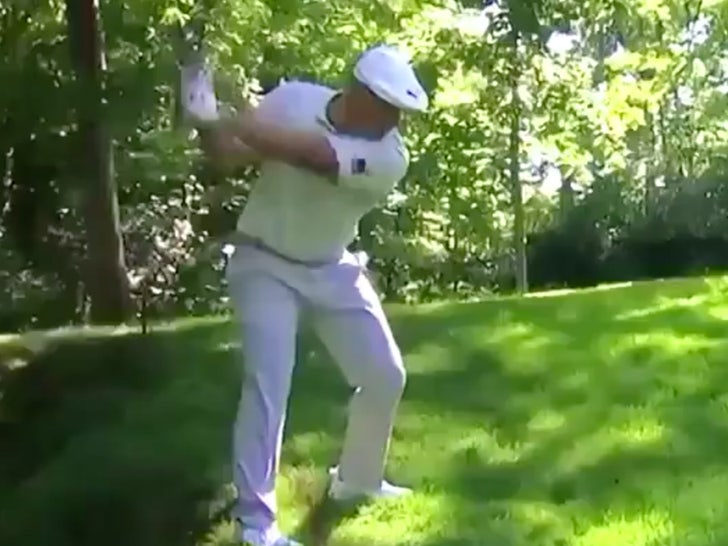 The entire hole — from start to finish — took Bryson 26 minutes to complete … with 4 commercial breaks!!!

Things were bad right from the jump … DeChambeau shanked his tee shot off some trees down the left-hand side of the fairway and was forced to take a drop.

He tried to make up ground by pulling out a 3-wood and swinging for the fences … but overshot and hit the ball out of bounds.

In other words, it went from bad to worse quickly.

Bryson re-dropped — and instead of playing it safe, he AGAIN went for a power shot to try and get to the green … and again, he shot out of bounds!!

The announcers couldn’t believe it … especially Jack Nicklaus, who compared Bryson’s meltdown to a scene from “Tin Cup” when Kevin Costner‘s character melts down and can’t stop from hitting balls into water.

Meanwhile, Bryson continued to try and power his way back onto the green … and on his 3rd attempt, he finally got close.

Although DeChambeau was finally out of the trees and in the clear … there was still more drama — he claimed one of the OB balls he clanked off a fence earlier wasn’t actually out of bounds.

So, Bryson argued with TWO rules officials … before they finally shut him down.

Eventually, after nearly a half an hour on the hole, DeChambeau chipped onto the green and putted twice for a quintuple bogey!!!

He took so many swings in total, he had trouble counting them all up!!!

Everyone on the broadcast was stunned … with most guys saying the worst score they’ve ever carded themselves was a 9, 10 or 11!!

To his credit, Bryson came back and parred the 16th … but dude now has ZERO chance of making the weekend cut after the blow up.