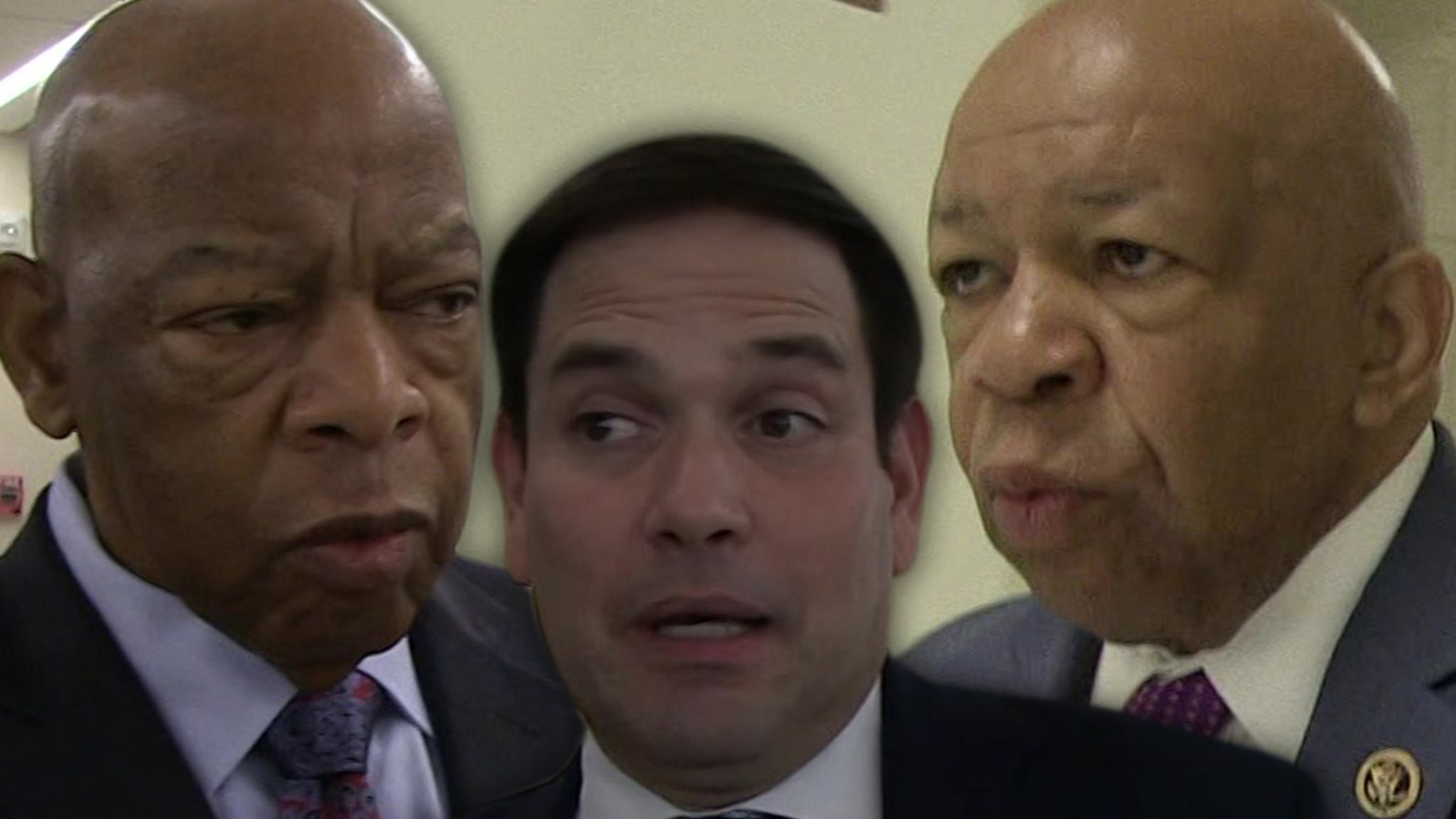 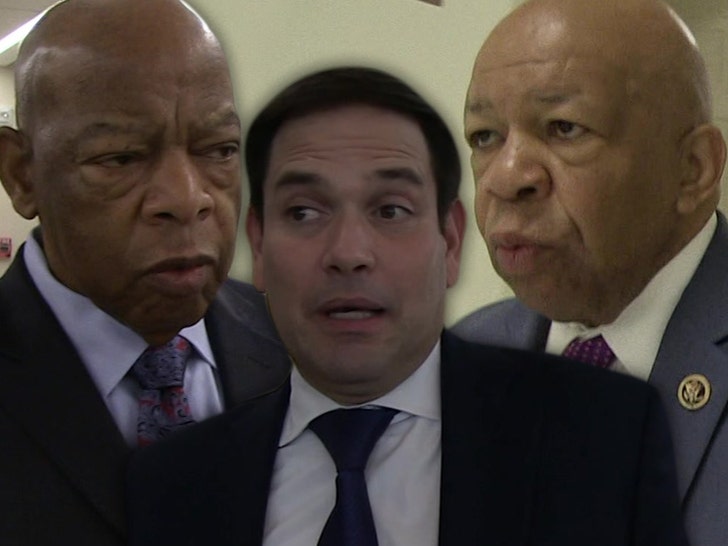 Marco Rubio made a flub in his tribute to Rep. John Lewis — mistaking him for another African-American congressman who passed away last year … Elijah Cummings.

The Senator from Florida posted a heartfelt message about his iconic colleague on House side of Capitol Hill, in a since-deleted Twitter post, writing … “It was an honor to know & be blessed to serve in Congress with JohnLewis a genuine & historic American hero.” 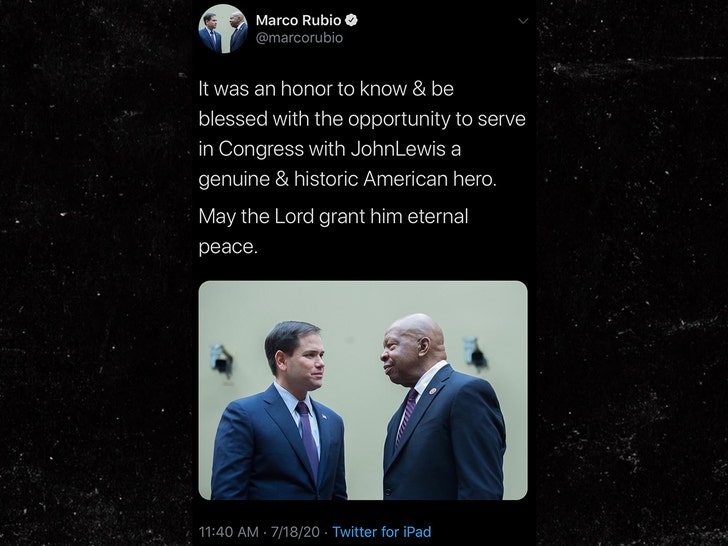 He added, “May the Lord grant him eternal peace.” Marco attached a photo of himself with … not John Lewis. It was former U.S. Representative Elijah Cummings, who died in 2019.

It would appear he and/or his staff quickly noticed the error — because they took it down and replaced it with a post featuring a pic of Marco and the real John Lewis.

MR owned up to the mistake, writing … “Earlier today I tweeted an incorrect photo. John Lewis was a genuine American hero. I was honored to appear together in Miami 3 years ago at an event captured in video below. My God grant him eternal rest.”

I thought this was Marco Rubio. pic.twitter.com/DfCaafXY7q

Funny enough, somebody jabbed at him in his initial tweet … posting a photo of Ted Cruz and saying they thought it was Marco Rubio.