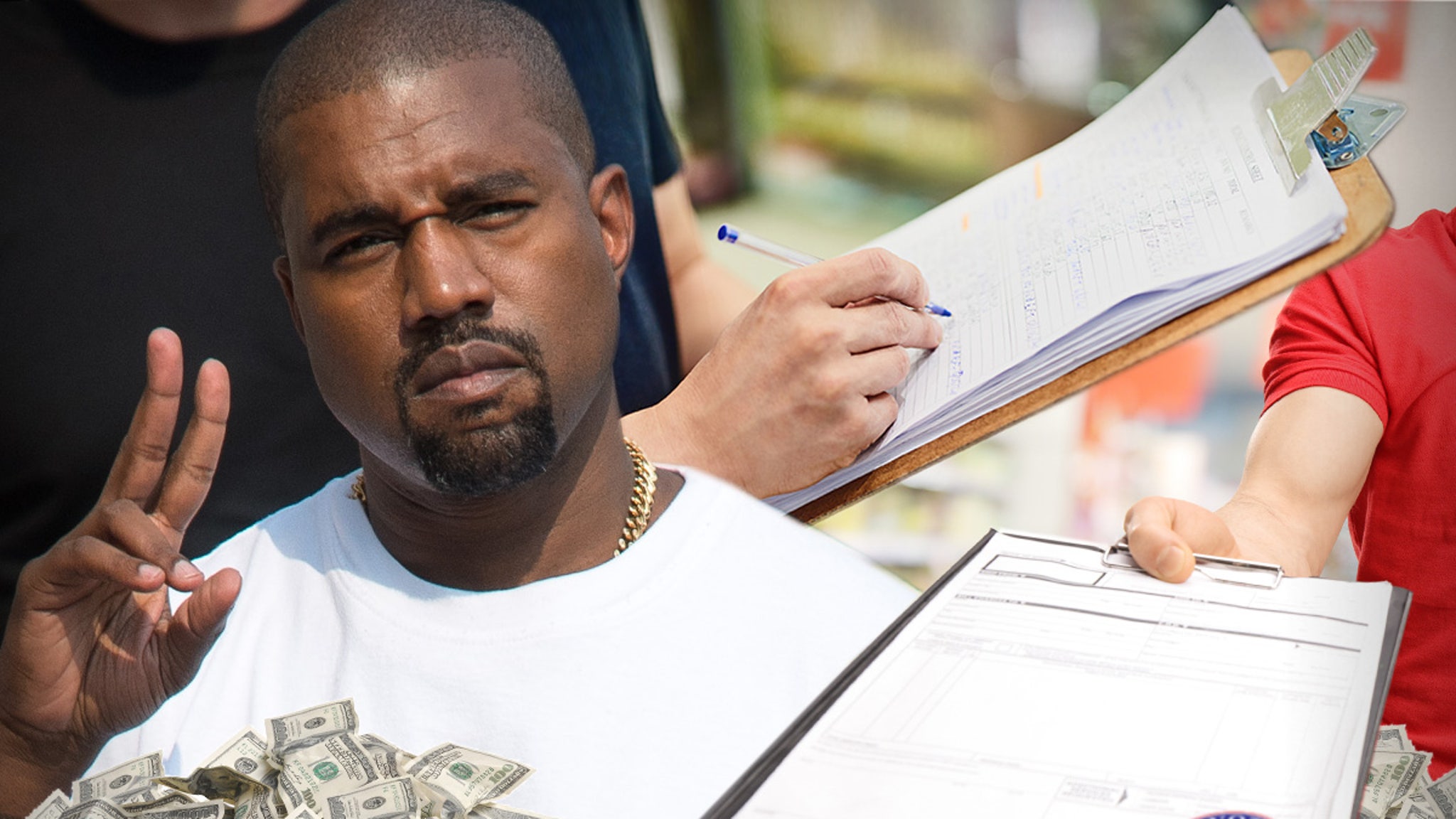 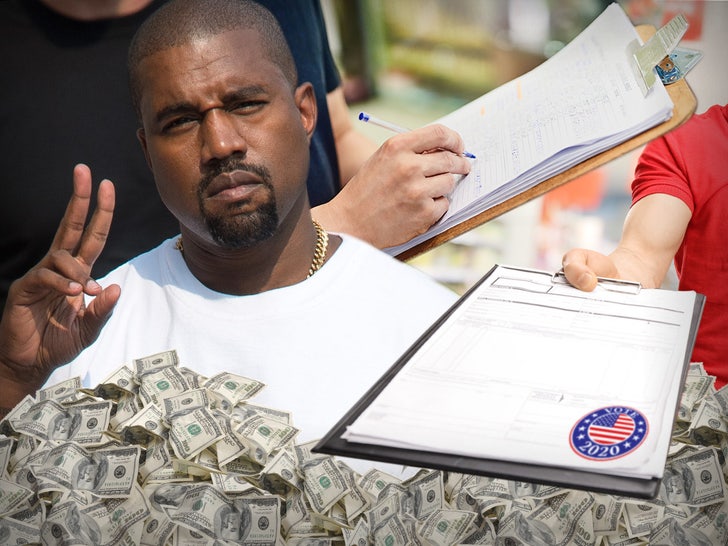 Kanye West‘s last-ditch effort to make the presidential ballot in his home state worked … but it cost him a nice chunk of change.

Thing is … Kanye did it with only a little more than a day to spare … before the 5 PM Monday deadline.

We’re told the group got to work right away, deploying 45 people who hit the streets in various parts of the state and racked up enough signatures … all in 24 hours.

Our sources say they were paid handsomely for their efforts … Kanye dished out $10-12 per signature, and they produced 3,178 signatures. Do the math — well over $30k.

One of the signature collectors, Kenny Mister, tells us he got hit up Sunday to petition for Kanye. He says he was in Detroit, but dropped everything to get to Springfield, IL by Monday, worked for 3 hours … and got 56 signatures at 10 bucks a pop.

Kenny says he went door to door, asking folks if they’d support Kanye getting on the ballot, but adding it didn’t mean they had to vote for him.

BTW, if you’re wondering if $10 per signature is a lot … it is. Rickey Hendon — a former Illinois State Senator who now works as a campaign consultant — tells us the standard rate is closer to $1-3 per signature.

Rickey also says Kanye’s team reached out to him a couple days before Let the Voters Decide … but he declined.

It all might be a moot point … Kanye missed the deadline to file in other states, and he seems like he’s focused on other matters at the moment anyway … many other matters.