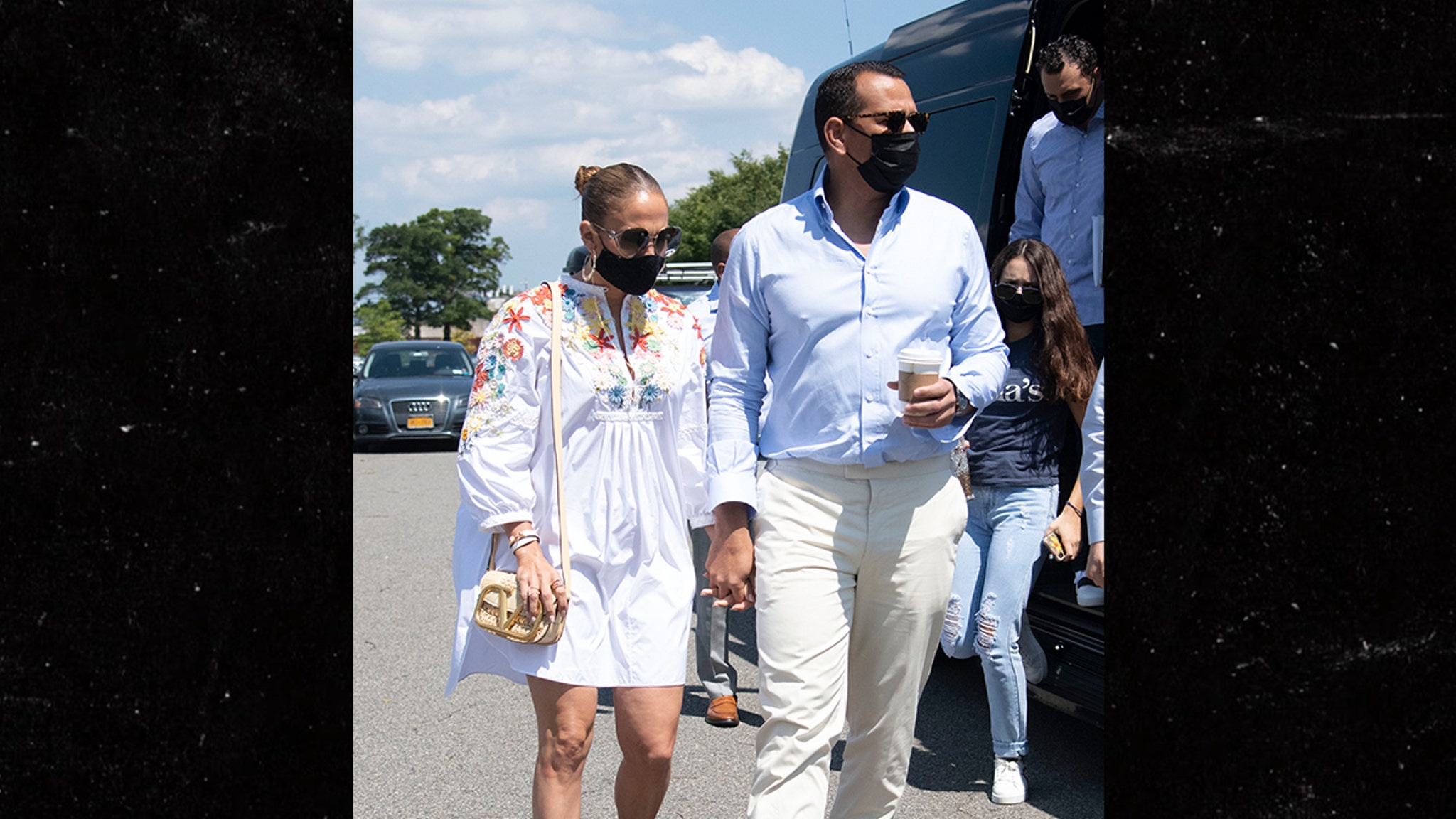 Ya don’t buy a car without checkin’ under the hood, right?

And, if you’re Alex Rodriguez and Jennifer Lopez, ya don’t buy a pro baseball team without checking out the stadium!

That’s what J-Rod did on Wednesday — getting a VIP tour of Citi Field in Queens as part of their plan to buy the team.

J Lo — sporting a flowing white sundress — led the charge with A-Rod and a few other businessy-lookin’ dudes.

As we previously reported, the power couple has been gunning to buy the team for months — and recently linked up with some rich partners to add to their ownership group.

The most recent addition to Alex and Jen’s team is Mike Repole — who co-founded BodyArmor and Vitaminwater. He’s rich and also a life-long Mets fan.

They had previously brought on a dream team of current and former NFL ballers including Travis Kelce, Brian Urlacher, Joe Thomas, and DeMarco Murray.

J Lo and A-Rod had previously tried to buy the Mets for around $1.5 billion — but it didn’t exactly work out since the Wilpon family (which owns the team) was hoping to get around $2.5 billion.

Hedge fund billionaire Steve Cohen was the front-runner to buy the team — he’s loaded and has already made a $2 billion bid, according to the NY Post.

But, ESPN says the Wilpons would prefer to sell to Lopez and Rodriguez if they can come closer to the top bid.

Clearly, they’re fighting like hell to make it happen — don’t count ’em out!!!