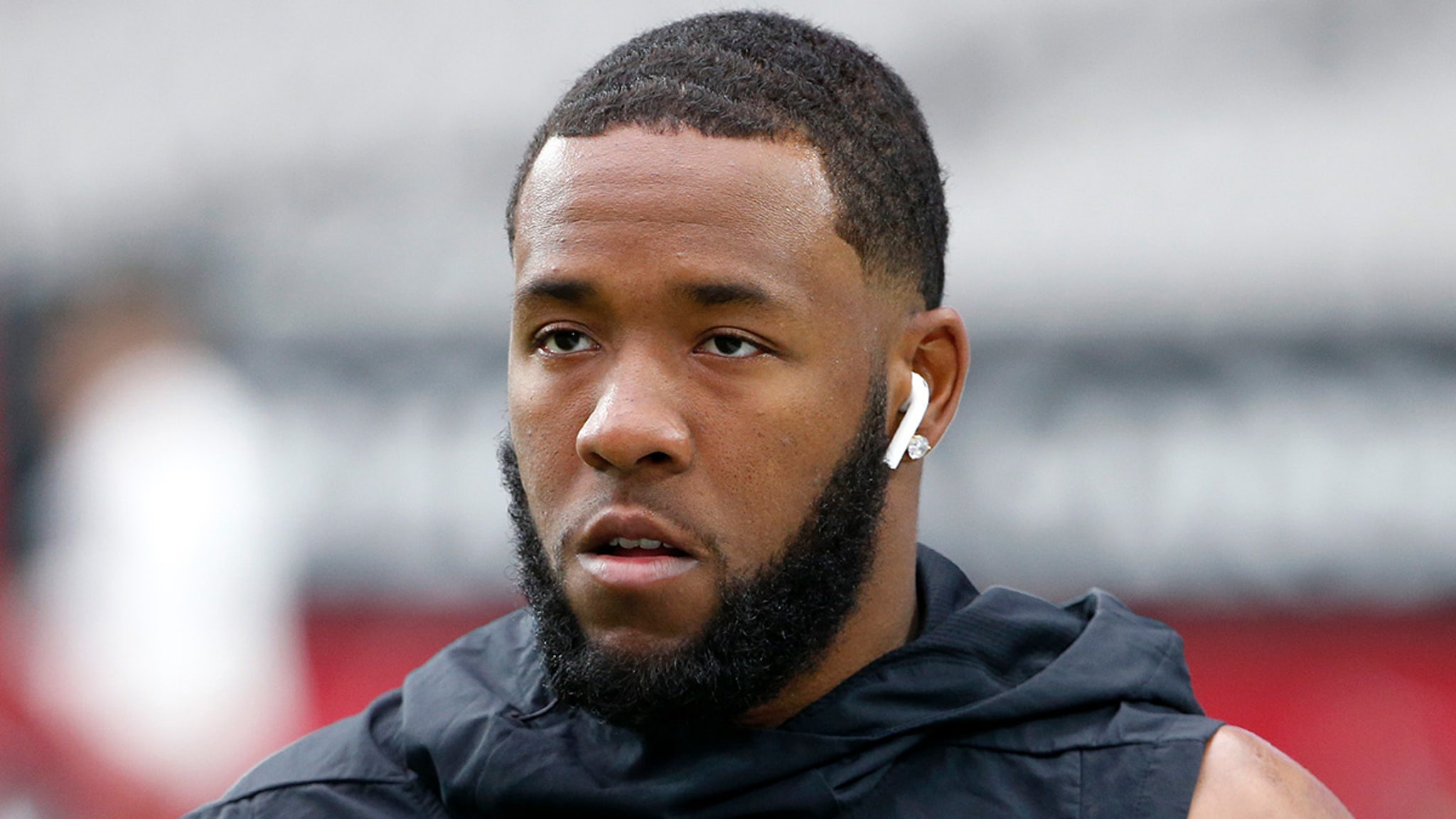 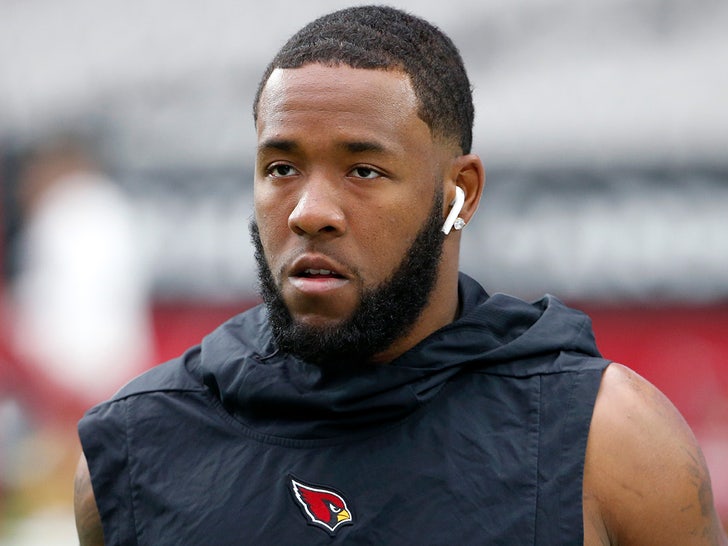 “Get on your knees you f**king slave.”

That’s only part of an insanely racist and disturbing message NFL star Budda Baker says he received after his game Sunday … and the text to the Arizona Cardinals player was absolutely vile.

Baker received the message apparently as a response for his low hit on SF star George Kittle over the weekend … and it was so awful, Baker wrote of it, “All you can do is pray for ppl like this.”

Kittle heading to the locker room early before halftime with trainers to be looked at. Got hit hard on this play by Budda Baker pic.twitter.com/gBYht0RufR

In the message, which Baker shared publicly on social media, a fan with the username “niners8” called the NFL safety a “monkey” and directed the n-word at him 3 times.

In the message, the fan also appeared to threaten Baker … writing, “Yo gon get a bounty on yo f**kin monkey ass head you f**kin dirty n****r.” 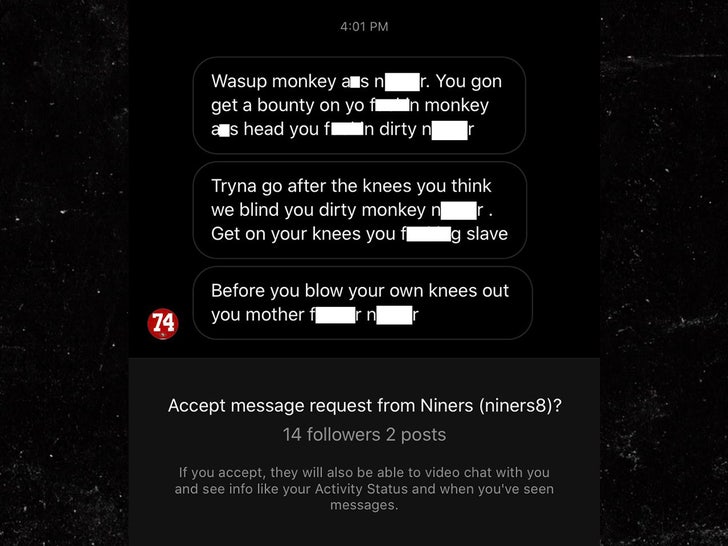 Baker was clearly disturbed by the text … saying of it all, “Im all good with opposing fans talking trash. But This right here man…”

Baker has yet to speak with media members over the message … but it’s a clear reminder of why the NFL and its coaches and players have participated in so many demonstrations this season.

The league has written “end racism” in all of its teams’ endzones … while dozens of players have continued to kneel during the national anthem to bring attention toward racial inequality.

In fact, the Pittsburgh Steelers held up a massive banner during the anthem before their game on Monday night that read, “Steelers Against Racism.”

Baker — a 2-time Pro Bowler — is one of the best players in the NFL … who just signed a mega, 4-year, $59 MILLION contract extension with Arizona.