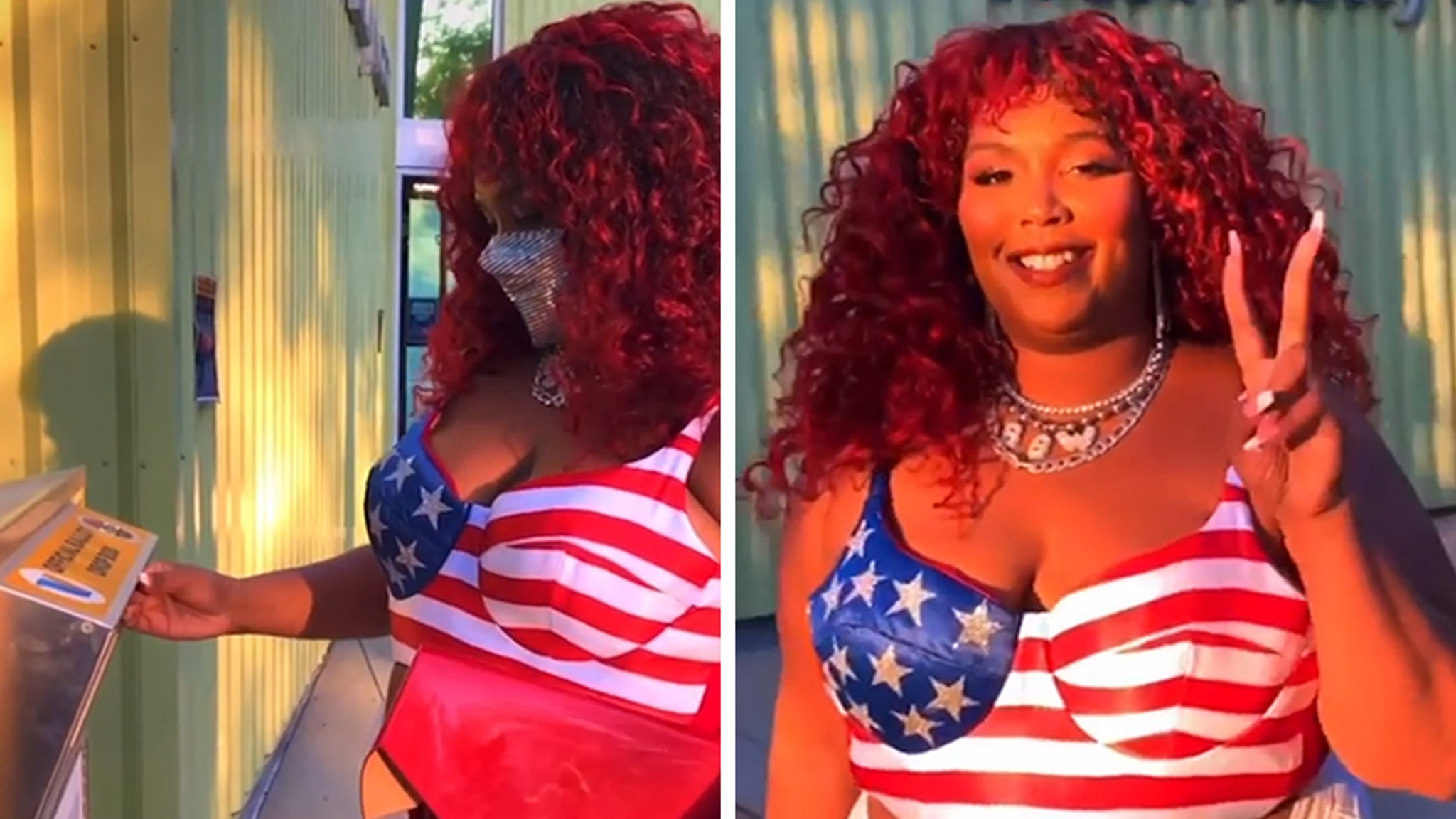 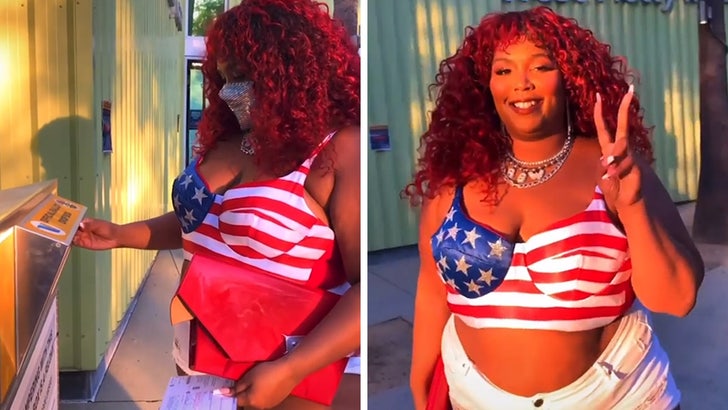 Lizzo has voted … and she REALLY made it count.

The singer submitted her ballot for the 2020 election in West Hollywood, and she made her presence felt … by strutting her way to the dropbox in an American flag tank top, white booty shorts and glittery golden boots.

It looks like the modern Miss Liberty carries a Maison Margiela foldover patent-leather clutch, too. Naturally.

Lizzo’s scored her voting vid with a little ditty about it being “time to vote” … something several celebrities have been promoting lately.

Unlike Chris Rock, Chelsea Handler, Mark Ruffalo, Sarah Silverman and Lil Dicky, Lizzo didn’t get naked for her voting reminder … but she still made it sexy with some celebratory twerking.

She says this is the third time she’s voted in her life, and she believes “this is the beginning of making voting ACCESSIBLE and FAIR so that this country reflects its people.”

Lizzo also thanks all the activists out there working hard to make sure people are able to exercise their right to vote, “so we can get back to the good fight for true liberty and justice for ALL.”