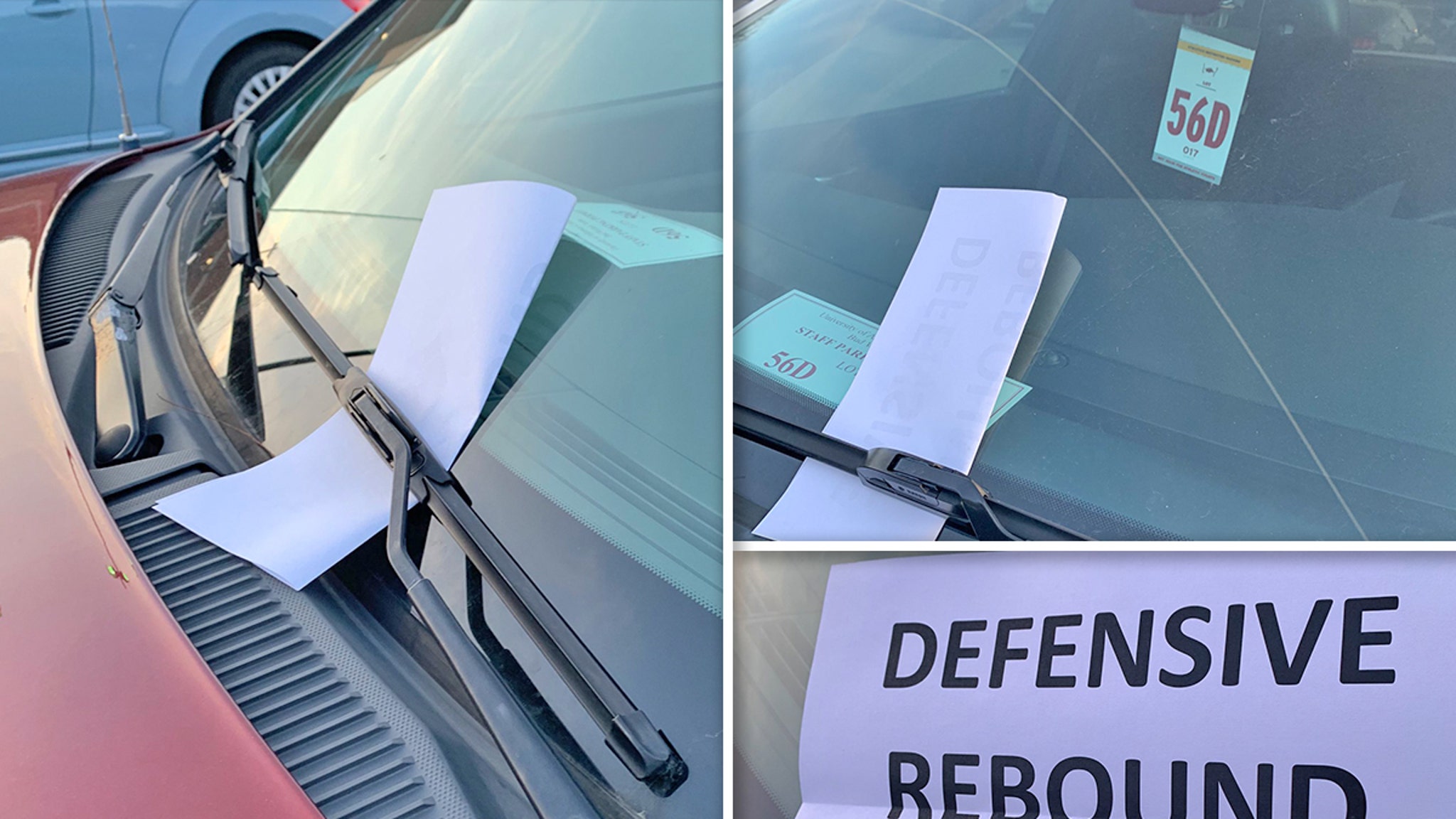 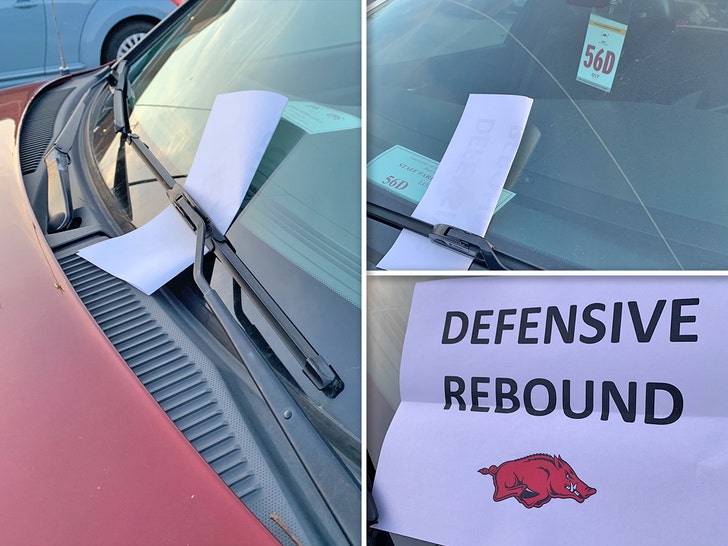 What do you do when your team isn’t crashing the boards like you want ’em to??

Arkansas men’s basketball coach Eric Musselman came up with a simple solution this week … by flooding the team’s locker room AND their cars with signs to get his point across.

Musselman wasn’t happy with his team’s recent effort when it came to rebounding … so he instructed his staff to put up over 100 signs that said “DEFENSIVE REBOUND” all over the place.

Silly? Maybe. But, ya can’t argue with the results … ’cause the Razorbacks defeated the Mississippi State Bulldogs 61-45 Tuesday night … and guess what — THEY DOMINATED ON THE GLASS!!!

Musselman was asked about the rebounding success after the game … when he revealed his genius strategy to get everyone on board (literally).

Asked Eric Musselman about Arkansas’ effort on the glass tonight. He said the staff put over 100 rebounding signs all over the locker room and even on the players’ cars to drive the point home.

“We felt like that was something we had to do to give ourselves a chance to win.”

“We felt like that was something we had to do to give ourselves a chance to win,” Musselman said.

But, it didn’t stop there — Musselman even showed up to the game in a UPS uniform. Why?? He wanted the team to DELIVER.

The Razorbacks are having a strong season under Coach Musselman, they are 14-5 on the season and (6-4) in conference play.

And, if they fall on hard times, all coach has to do is fire up the printer!!