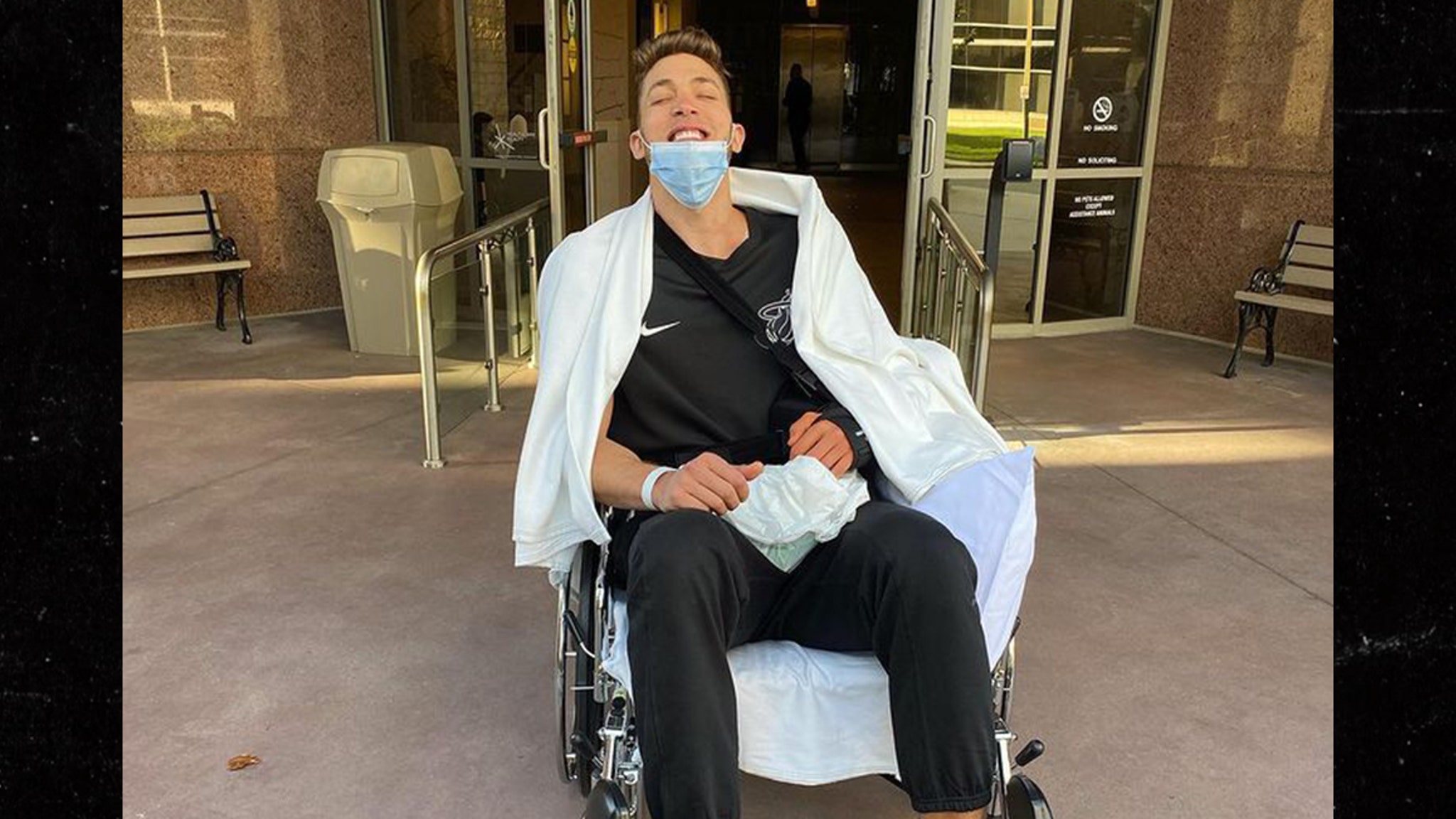 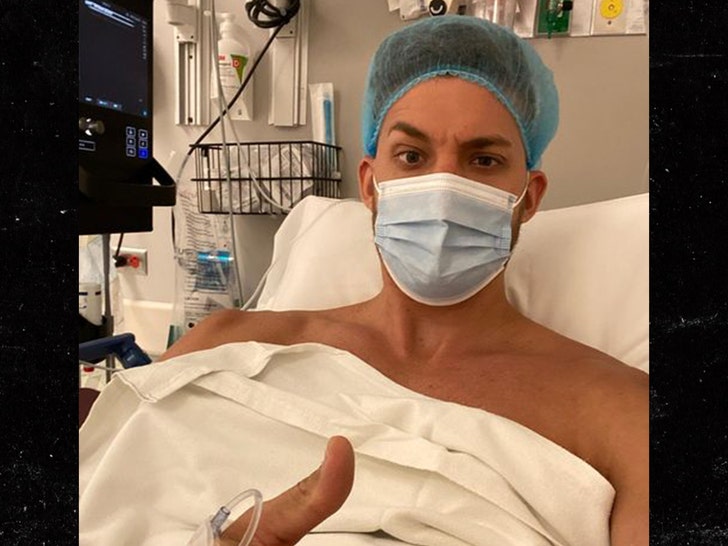 Good news … Miami Heat center Meyers Leonard says his shoulder surgery was a success — and now he’s focused on getting his big ass back on the court!

The 28-year-old suffered an injury to his left shoulder during a January 9 road game against the Washington Wizards. The team described the injury as a “shoulder strain” but obviously it was more serious than that.

Leonard went under the knife on Tuesday — and posted photos that appear to show him leaving the famous Kerlan-Jobe Orthopaedic Clinic in L.A. with a smile on his face. 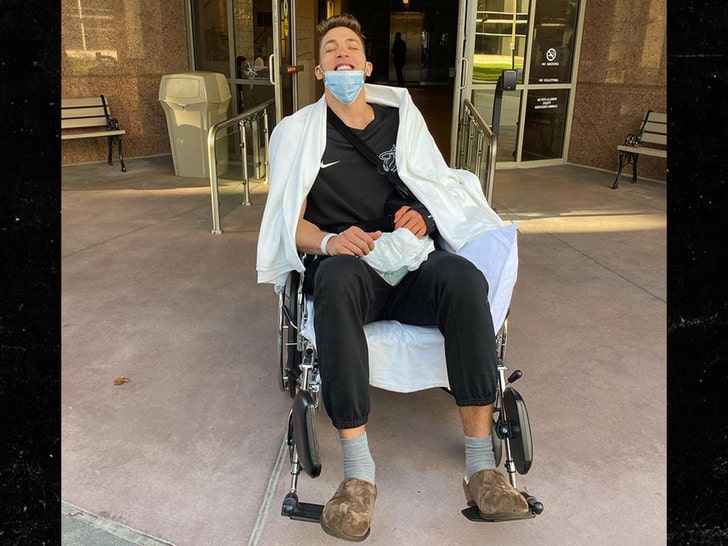 FYI, Leonard had previously undergone surgery on that same shoulder at Kerlan-Jobe in 2016.

This time, the 7-footer was in good spirits on his way out — pulling down his COVID mask to smile for a quick pic.

The surgery likely means Meyers’ season is over — and it’s unlikely he’ll return to the Heat.

“I truly do believe that God gives his toughest battles to his strongest soldiers,” Meyers said after the procedure.

“I’m blessed in so many ways and I will come back stronger from this. Thankful for a successful surgery and for everyone’s continued support.”

Meyers was a 1st-round pick in the 2012 NBA Draft — and spent his first 7 seasons with the Portland Trail Blazers before being traded to the Heat in 2019.

During the offseason, he signed a 2-year $19.5 million free-agent contract to come back with the Heat … but only the $9.4 million for this season was guaranteed.