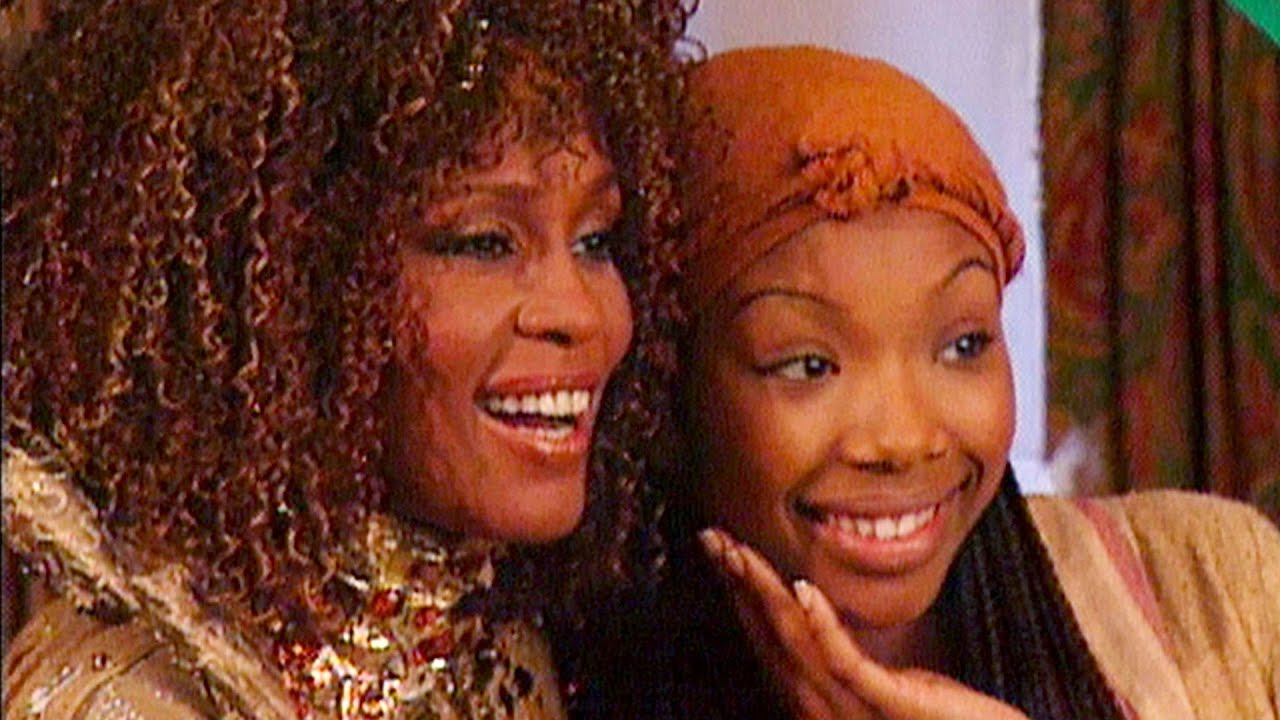 Entertainment Tonight
Share on Facebook
Share on Twitter
Share on Pinterest
Share on LinkedIn
Whitney Houston and Brandy chatted with ET on the set of ‘Cinderella,’ allowing us to share these intimate behind-the-scenes moments, even from the recording studio as they sang their iconic duet, ‘Impossible’! Houston shared the story of when she called the 18-year-old singer to offer her the lead role, and revealed how she was like Brandy’s fairy godmother in real-life. ET captured Brandy’s jaw-dropping reaction the first time she walked onto the incredible movie set that caused her to exclaim, ‘This has gotta go in Disneyland!’ Brandy later had a true Disney princess moment at the premiere when she made her grand arrival in a horse carriage on Hollywood Boulevard. Houston told ET after the movie that she was ‘so proud’ of Brandy’s performance. And how about this for a fairytale ending: ‘Cinderella’ comes to Disney+ on Feb. 12. Everything, indeed, starts with a wish!