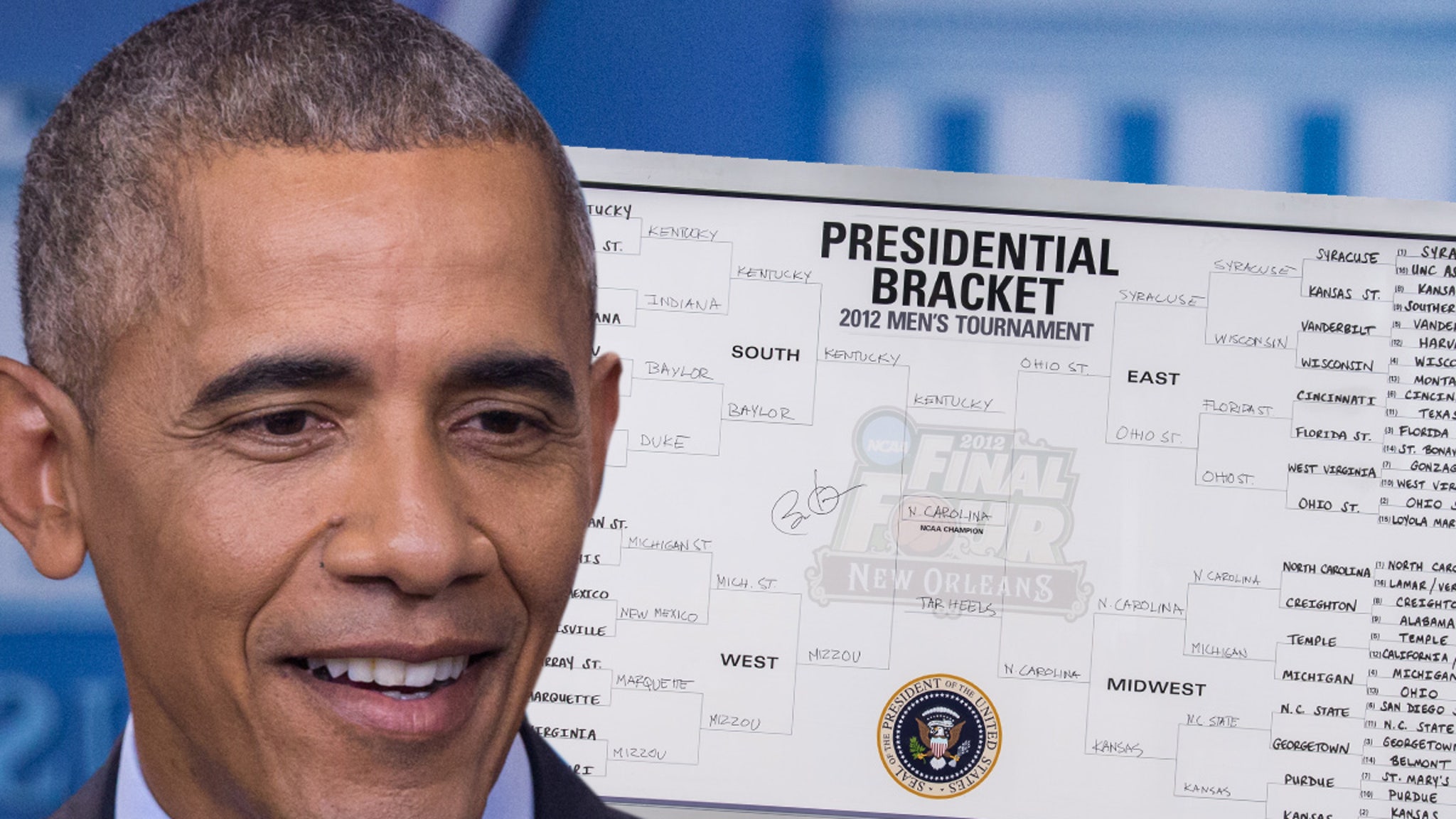 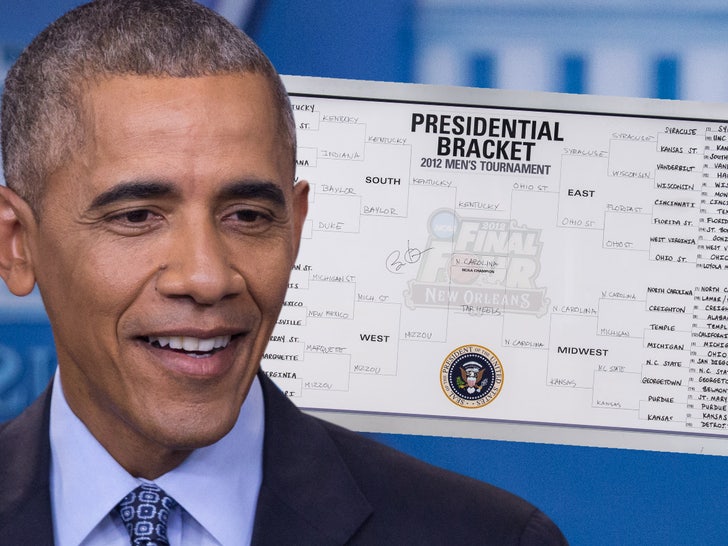 Bracket busted and need a new one?? President Barack Obama‘s autographed entry from the 2012 NCAA men’s tournament is hitting the auction block … and it’s got a $10,000 starting bid!!

Of course, Obama is a huge fan of hoops … and loves to share his March Madness picks for all to see — for better or worse.

This particular bracket is from when #44 teamed up with ESPN’s Adam Katz to fill out his “office pool” entry back in 2012 … and the whole thing was recorded for a segment called “BARACK-ETOLOGY.”

Barack shared his picks live on the network … channeling his inner Dick Vitale and explaining why he thought he had the perfect bracket.

Obama’s bracket was filled out on a 63 by 36-inch whiteboard (which has since been framed) — and after he made his picks, Barack signed it with a pen.

FYI, Obama’s bracket was anything but perfect — he picked North Carolina to win it all. Instead, Anthony Davis and the Kentucky Wildcats took home the title that season.

While BO’s autographed bracket was busted, it’s clearly a collector’s item — and will now go to the highest bidder courtesy of Goldin Auctions … with bids starting at $10,000.

But, let’s get real … Obama memorabilia is always in high demand and with the sports collectibles market exploding in recent months, this thing could easily hit the 6-figure mark. 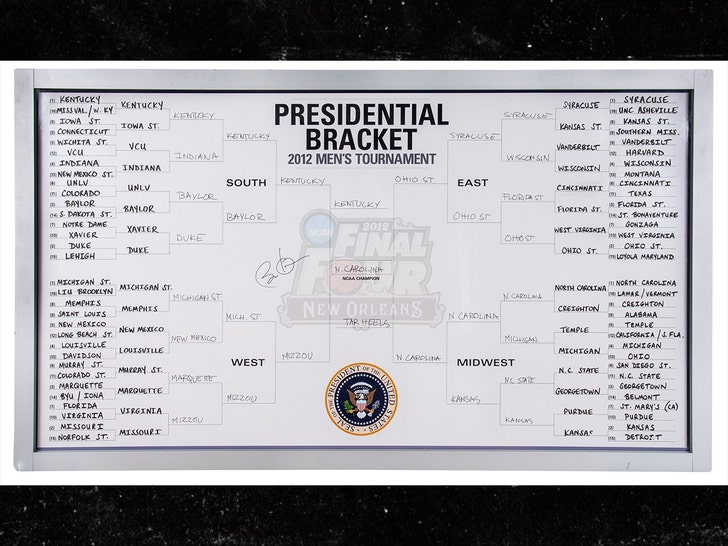