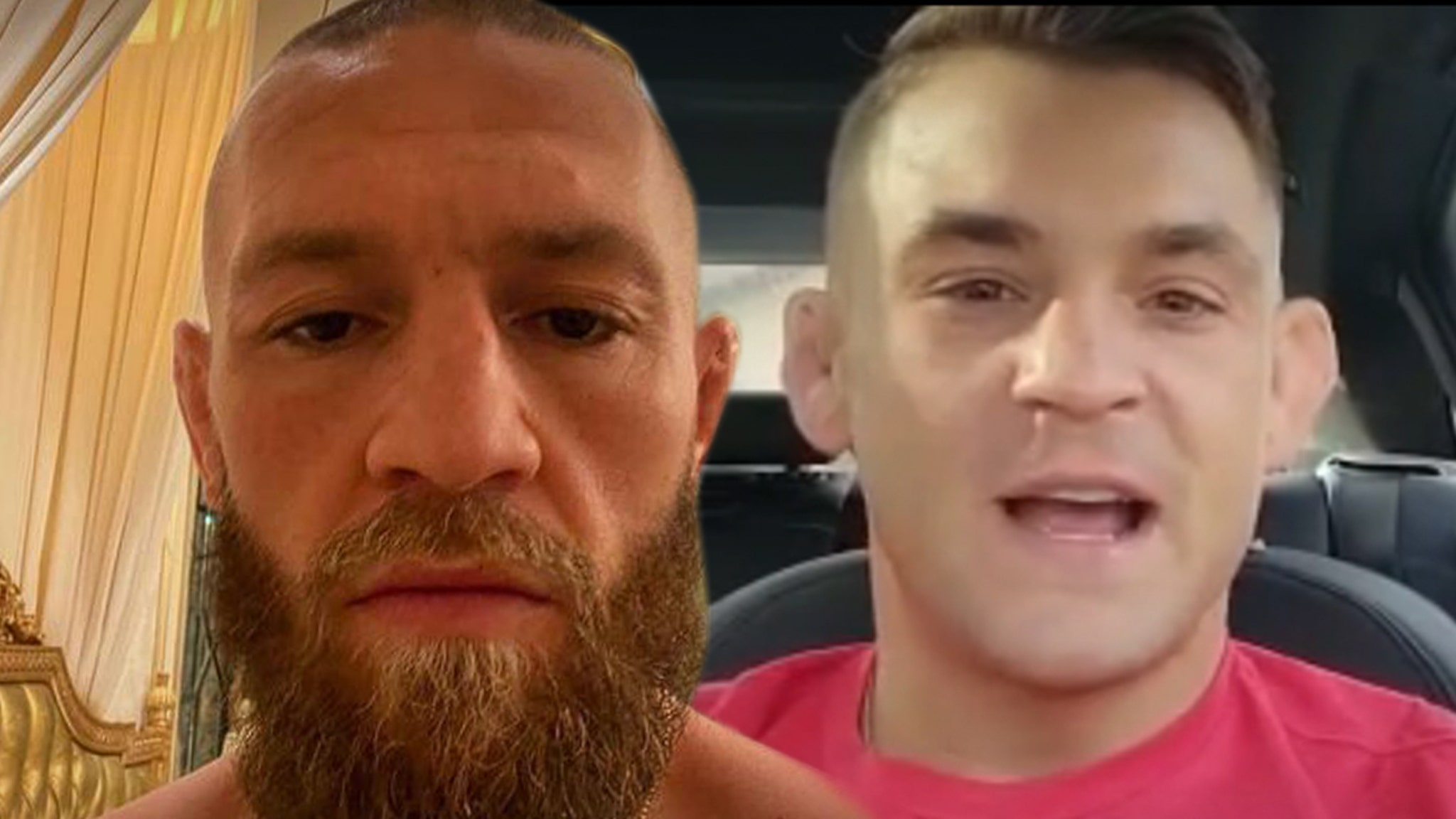 8:08 AM PT — Conor McGregor is not happy about being called out by Poirier — firing backwash more insults and claiming he’s PULLING OUT of their planned July rematch at UFC 264.

“You’re ripped you inbred hillbilly,” Conor posted moments ago … “Why do you wink with your ears? You f**king brain dead hillbilly.”

“500k with no plan in place. Ye hang tight. Fool. You must be new to money. The fight is off btw. I’m going to fight someone else on the 10th. Good luck on your old contract kid.”

Another interesting point … the UFC posted an article about Dustin’s charity back in January, spelling out how donations have been used over the years.

Plus … in June 2020, the UFC awarded Dustin the Forrest Griffin Community Award for his “exceptional volunteer and charity work.”

Another bad look for Conor McGregor … who’s admitting he never forked over the $500,000 donation check to Dustin Poirier‘s charity, despite promising to make the payment before they fought back in January.

In the lead up to their main event scrap at UFC 257, McGregor repeatedly publicly declared he would send the sizable donation to Poirier’s “The Good Fight Foundation,” a registered 501(c)(3) nonprofit that provides resources to underprivileged youth in Poirier’s home state of Louisiana.

McGregor initially pledged the money in October 2020 — repeated the $500k promise again in November … and vowed to cut the check again in the days before the fight.

But, Poirier revealed Sunday night his organization NEVER got a cent from Conor’s team — claiming McGregor’s team went MIA on Poirier’s charity “after the fight” in January.

Poirier later explained, “We thanked him because his team reached out fight week to initiate the process but ghosted us the past 2 months after the fight.”

“My foundation has reached out 3 times since with no reply. We’ve moved past it! We will be announcing our next goal soon! It’s a big one.”

Conor sheepishly replied on Twitter with allegations of his own — saying, “A donation, not a debt. We’ve been awaiting the plans for the money that never came. I do with all my donations. Know where it’s going dot for dot. Otherwise it goes walking. As is the case with a lot of these foundations, sadly. You took the McG over the belt shows I was right.”

McGregor is trying to paint Dustin as more interested in money than legacy — both in and out of the ring.

He’s insinuating Dustin only took the Conor fight because of the massive check — instead of taking a fight with another opponent that would have brought him closer to winning the UFC lightweight title.

Dustin responded to Conor early Monday morning … saying, “100% never a debt. You offered, we accepted, and like I said your Team never responded to our emails regarding the process of where funds would be put to work! July 10th you will taste defeat yet Again.”

100% never a debt. You offered, we accepted, and like I said your Team never responded to our emails regarding the process of where funds would be put to work! July 10th you will taste defeat yet Again https://t.co/k3Cu9DG1Me

So, here’s the long and short … McGregor is suggesting Poirier’s charity is shady — which is a pretty heavy allegation to make publicly.

But, McGregor had MONTHS to do his own research before making a public declaration to donate such a hefty amount.

Props to Dustin for dealing with the situation with class.