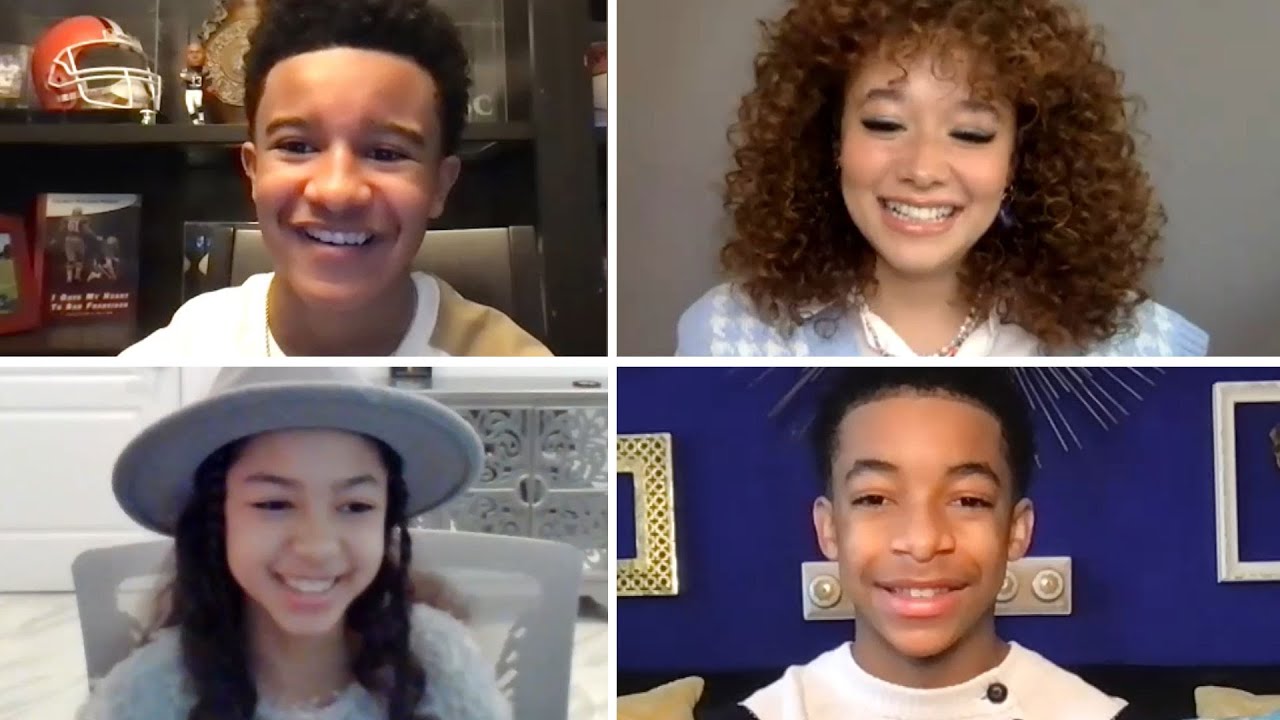 Entertainment Tonight
Share on Facebook
Share on Twitter
Share on Pinterest
Share on LinkedIn
‘Family Reunion’s Talia Jackson, Cameron J. Wright, Isaiah Russell-Bailey and Jordyn Raya James open up to ET’s Deidre Behar about season 2 (part 3) of their hit Netflix comedy, which is now streaming. The cast teases the upcoming part 4 of the series, where Isaiah confirms his character, Shaka, is getting a girlfriend, played by Jadah Marie, and will have his first kiss. Cameron and Jordyn also share if they want to see their characters have romantic interests. They also tell ET that there is yet another musical performance — but this time, it’s an original concept. Talia opens up about portraying Maya Angelou, while Cameron and Isaiah reflect on the opportunity to play entertainers Gregory and Maurice Hines. Jordyn, a self-proclaimed fan of the ‘Real Housewives,’ gushes over working with guest stars Kenya Moore, Brandi Glanville and Candiace Dillard, and even recites her iconic line from that scene. Meanwhile, Isaiah reveals the best advice he received from Tia Mowry’s brother, Tahj, who plays Shaka’s science teacher. Because all four of the McKellan kids love using TikTok in real life, they gush with excitement over having social media star Ariel ‘Baby Ariel’ Martin on as a guest star. Isaiah even spills that he was supposed to kiss Ariel’s character, but due to COVID-19 precautions, the kiss was cut. When it comes to Jade’s love life, Talia offers insight into her character’s relationship with Dion and if she thinks they’ll last as a couple. As the series approaches part 4, the kids reflect on how their bonds have grown with one another and with their co-stars, like Tia. In fact, they reveal they binged ‘Sister, Sister’ shortly after the series hit Netflix last year.
Share on Facebook
Share on Twitter
Share on Pinterest
Share on LinkedIn