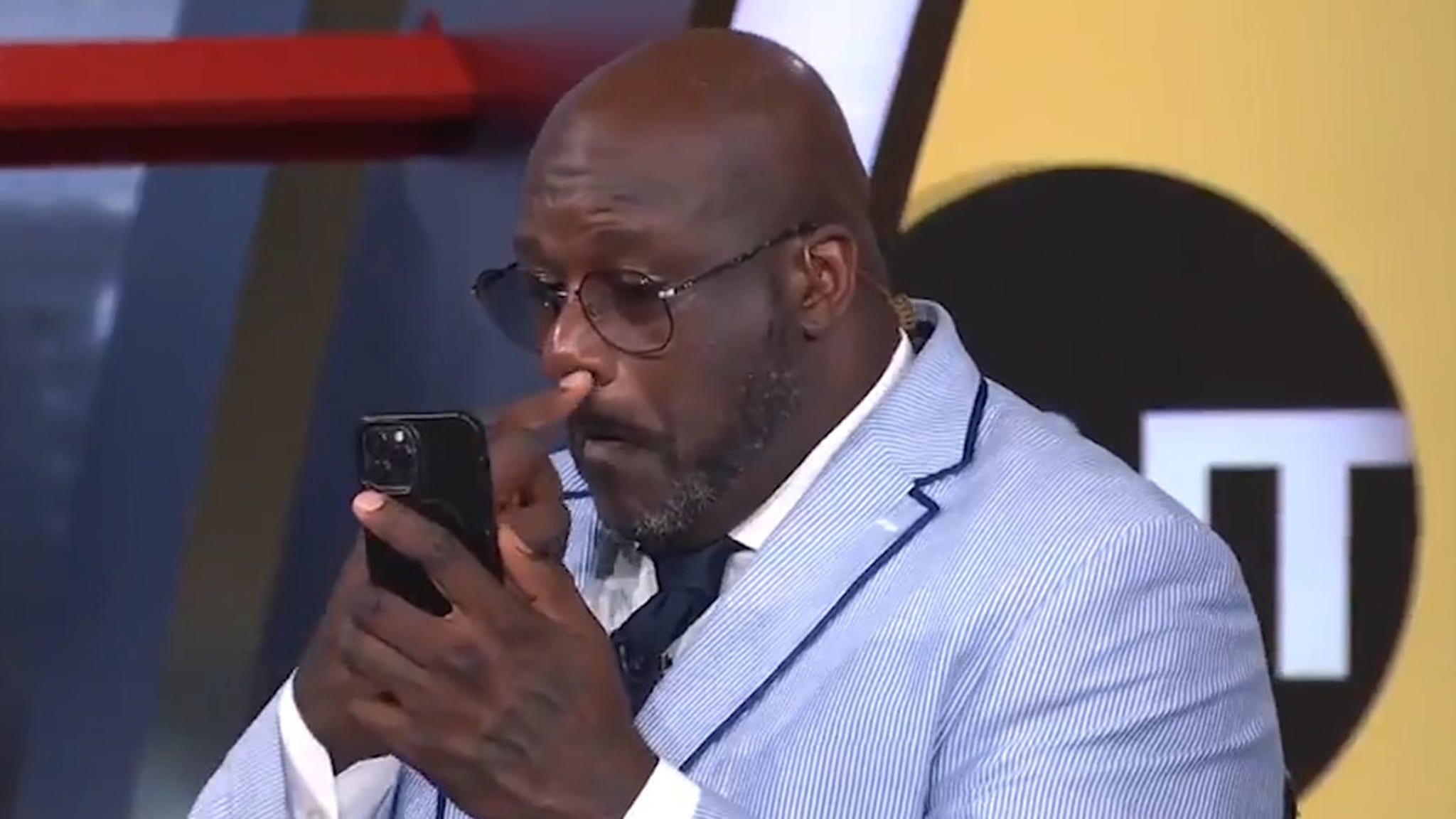 The NBA legend had a massive bat in the cave while working the desk for “NBA on TNT” on Wednesday … and decided to go mining for the nose gold live on-air!!!

Shaq, along with Candace Parker, Dwayne Wade and Adam Lefkoe were wrapping up coverage on the Clippers vs. Raptors game … when a giant green boulder rolled out of O’Neal’s nostril.

Shaq’s co-hosts tried to signal to the Big Man to wipe his face — but O’Neal wasn’t taking the hint … and viewers started tweeting about the boogie during the show!!

“Ain’t no Kleenex going to help that booger.” 😂😭 pic.twitter.com/xYLTOsFi0w

Finally, the crew just TOLD Shaq to get rid of it — and the moment he realizes he’s been boogying down on-air is hilarious!

“That was the biggest booger I have ever seen in my entire life,” Lefkoe told Shaq.

The TNT Tuesday crew lost it when they saw @SHAQ had a booger. pic.twitter.com/qgRWcbWsKf

D-Wade pulled out a giant roll of paper towels and told Shaq there’s no way in hell a typical Kleenex could handle that job!

Don’t worry, Shaq eventually took care of the problem — but we’re guessing the guys at TNT aren’t gonna let this one slide for a loooong time!!!