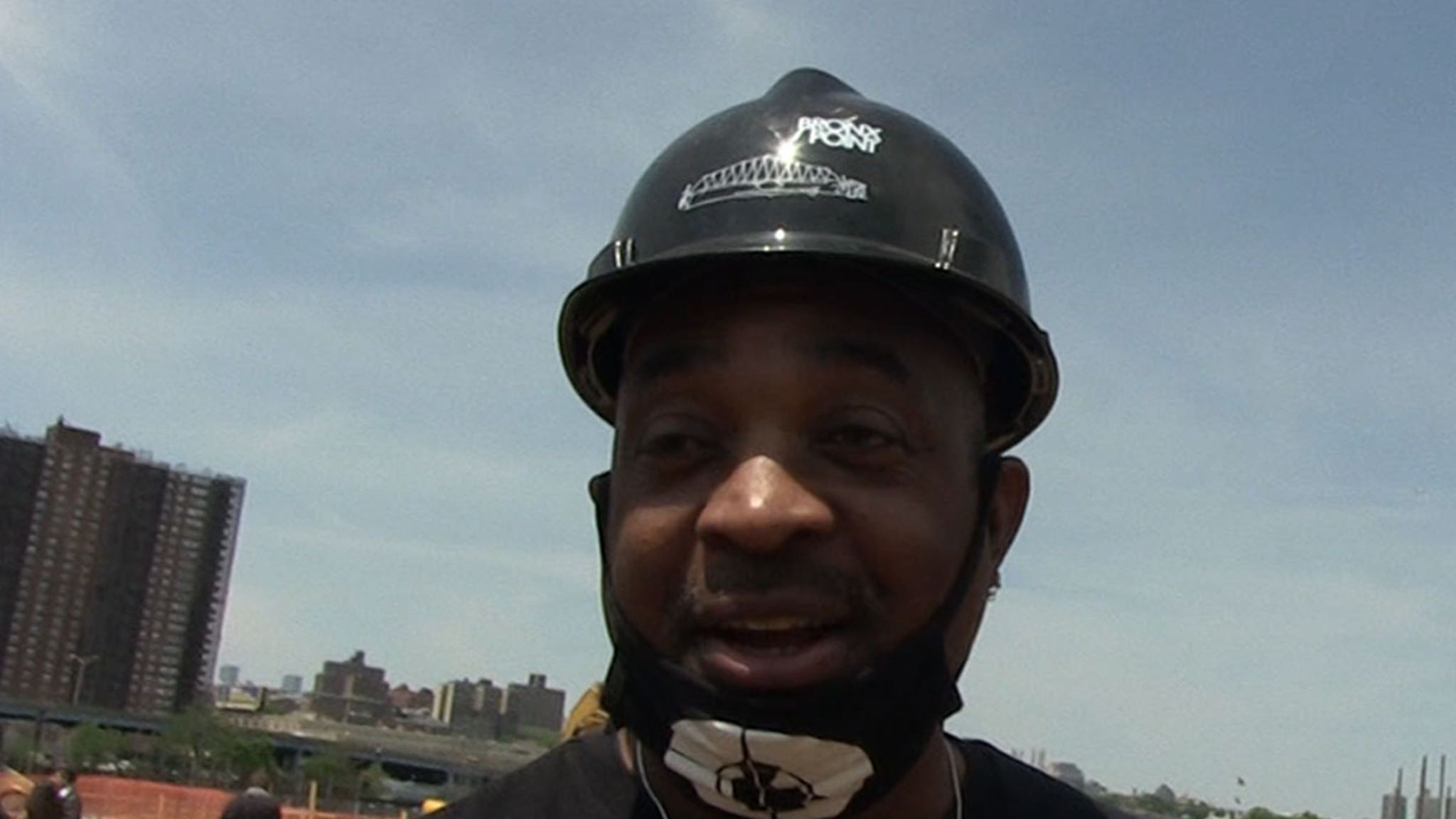 Chuck D‘s extending an olive branch to Flavor Flav, and he seems more than ready to get on stage or in a studio with him for the rebirth of Public Enemy.

We caught up with the legendary MC as he was touring construction of the Universal Hip Hop Museum in the Bronx. The groundbreaking group brought out rap royalty like Grandmaster Flash, Nas, Fat Joe and LL Cool J — but it was Chuck who dropped major news about his group.

We asked if we’re ever going to see Public Enemy together again, and he more than left the door open … and pretty much said it’s up to Flav at this point.

That brought us to our next question: Are Chuck and Flav even on talking terms? Watch his response … he was a little evasive, but also made it clear he’s ready to squash whatever beef remains between them.

In Chuck’s words, “It’s whatever Flavor wants to do.”

TMZ broke the story … FF got pissed when Chuck D announced back in March 2020 that Flavor was fired from the group … following a huge argument over PE appearing at a Bernie Sanders rally.

Flavor Flav and Chuck D hadn’t been cool for years — ever since FF sued the group — but things really reached a boiling point after Flav fired off a cease and desist letter to Bernie’s campaign … accusing them of using his image and likeness for a gig Chuck D agreed to play in support of the candidate.

We brought up that Bernie beef and Chuck dropped a joke about Flav and politics. We’re thinking it was just good-natured ribbing, because he seems ready to put the whole mess behind them.