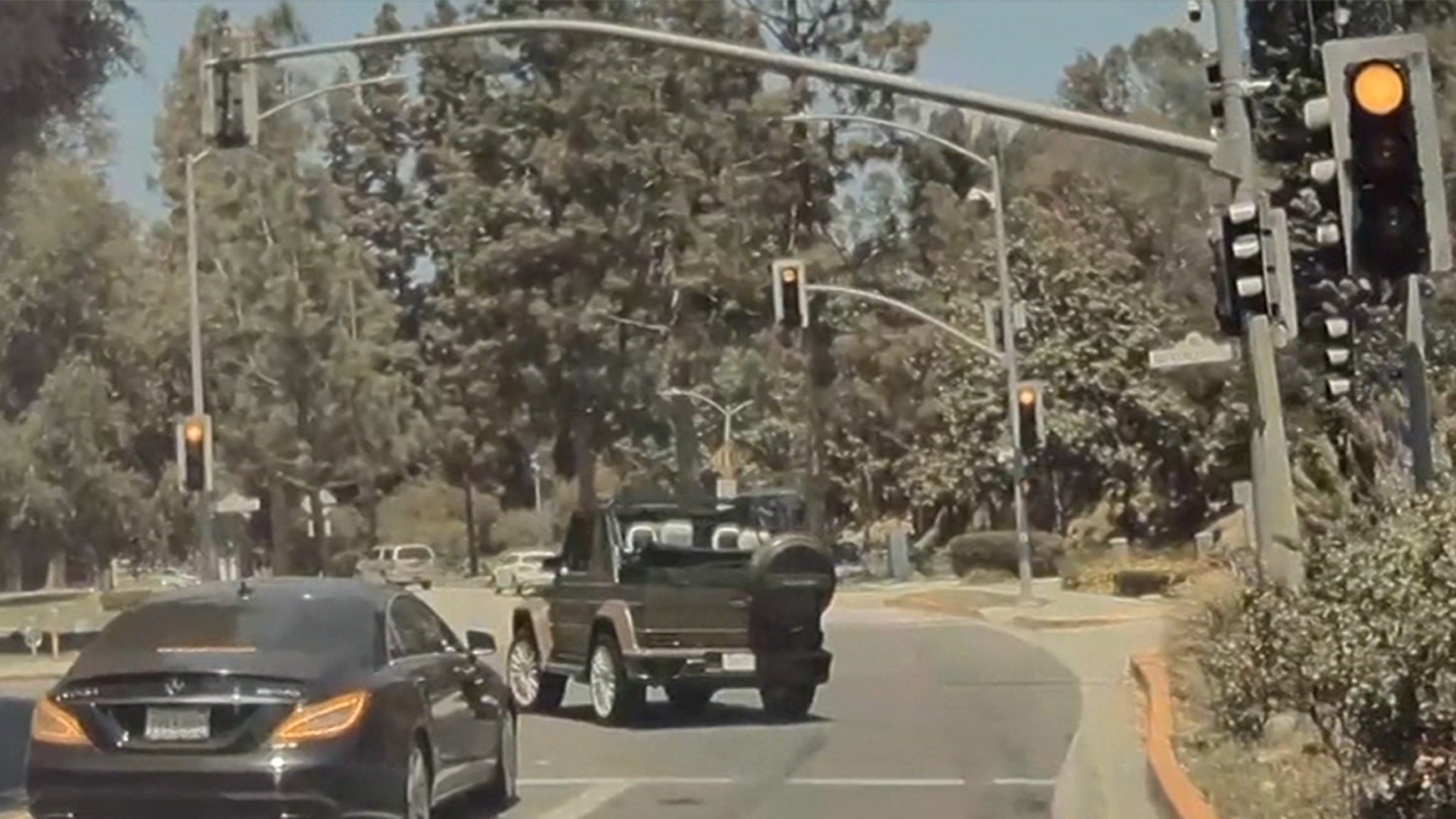 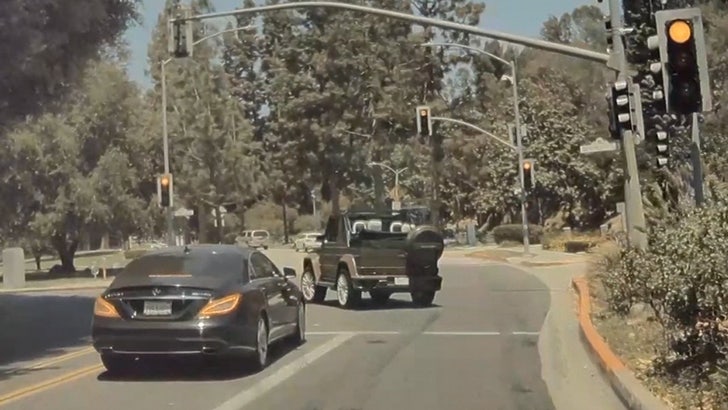 Here’s Travis Scott driving like a bat out of hell … running a red light and blowing through a stop sign in Beverly Hills to get to his daughter … and it’s all on video.

The rapper was behind the wheel of his Mercedes-Benz G Wagon Cabriolet Thursday when he drove right through a stop sign and then went around a car stopped at a red light, cruising through the intersection before he got a green.

Travis was apparently in a big rush because of Stormi … he ended up at Coldwater Canyon Park, where his daughter was with his security team. 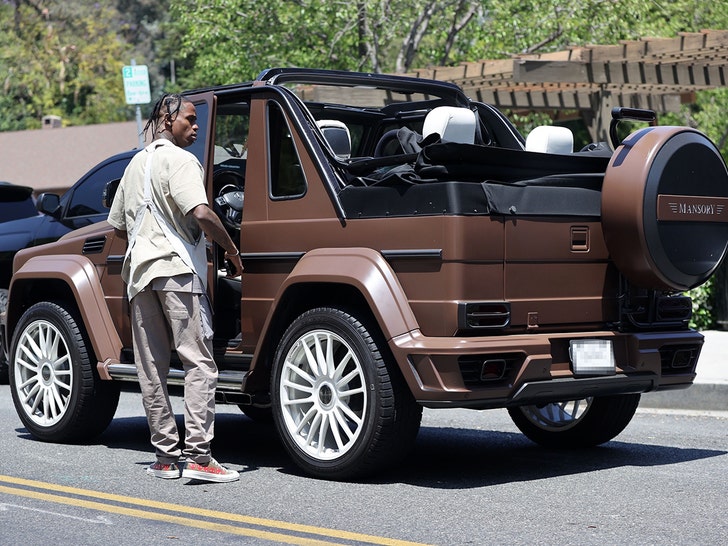 As you can see, Travis double parked outside the playground … and we’re told he spoke to the security guards and then bounced in his luxury SUV.  We’re told whatever happened once he got out of the vehicle eased his mind, because when he left he was driving normally.

We reached out to Travis’ rep, who had no comment.