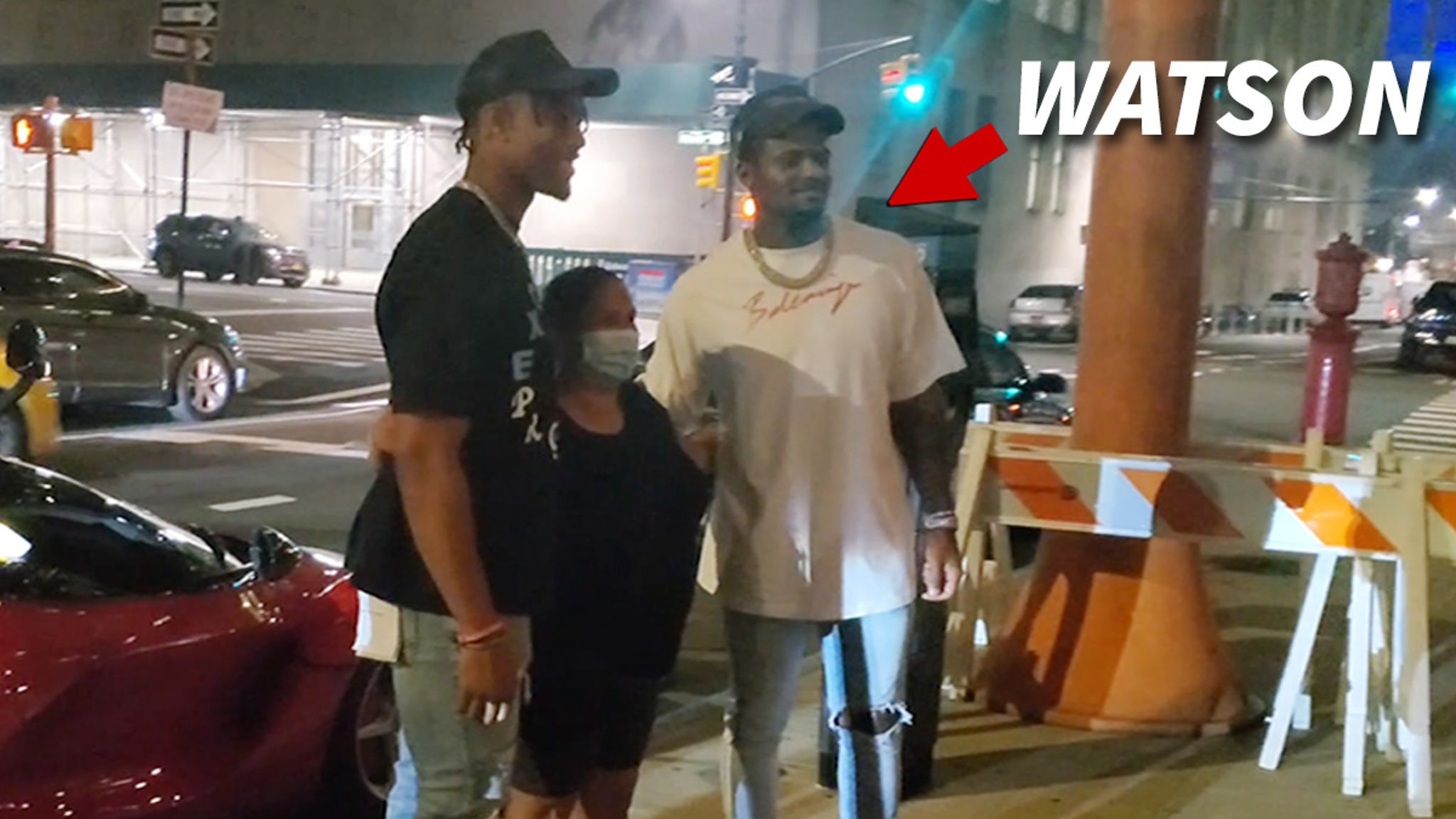 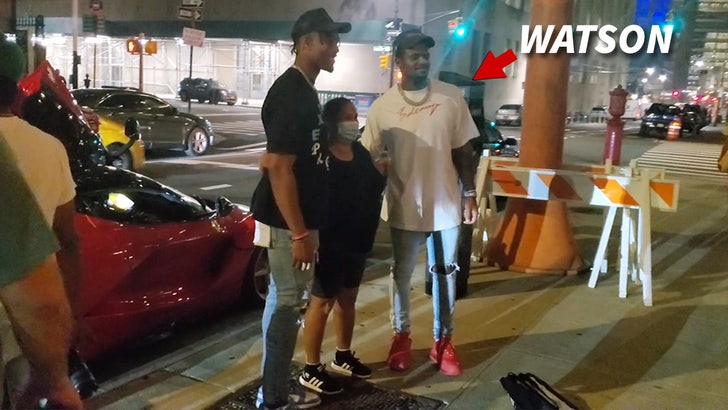 Deshaun Watson doesn’t look like a guy too concerned about his uncertain NFL future … ’cause the QB hit up a New York hotspot Tuesday night appearing to be as cool as a cucumber, even posing for pics with fans outside the place.

The Texans superstar — who’s still being accused by more than 20 women of sexual misconduct — had dinner at the popular 4 Seasons in NYC … and he didn’t seem to be perturbed about much.

Cameras captured the 25-year-old outside the restaurant in good spirits … smiling and taking photos with people — even chatting with some who had no idea who he was.

Of course, despite his positive attitude … Watson’s football future is still very much up in the air as his Texans team is slated to open training camp next week.

Watson could be barred from the workouts — and perhaps even the entire 2021 season — as cops and the NFL continue to investigate claims he was inappropriate with female massage therapists on multiple occasions over the past couple years.

As we previously reported, 22 masseuses have said in court docs that Watson crossed the line during what were supposed to be routine massage therapy sessions.

For his part, Watson has denied any wrongdoing … and his reps have been adamant that any sexual encounters between the football player and the massage therapists were entirely consensual.

Houston is slated to open its camp on July 28.