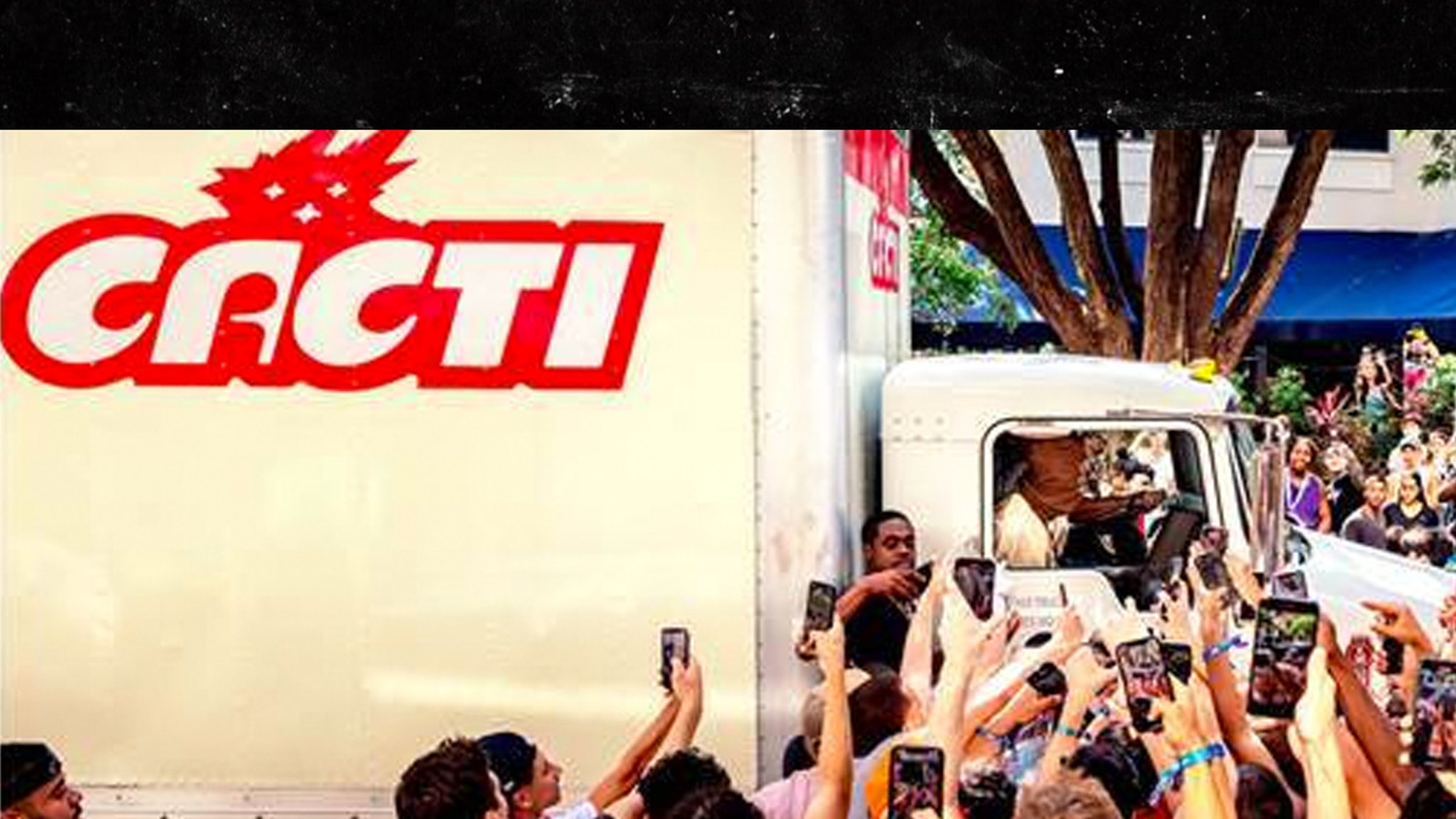 Word to the wise … whenever Travis Scott gets behind the wheel expect a large crowd of devoted fans, and expect ’em to go wild.

The rapper had Miami in sicko mode Friday as he promoted his spiked seltzer, CACTI Agave. Travis is primarily in the 305 for his headlining performance at the Rolling Loud Music Festival, but clearly decided to put some beverage biz on his agenda too.

Travis handed out a bunch of adult beverages at a pop-up and cruised around downtown Miami in the CACTI truck doing what he does best … struttin’ his stuff.

Trav co-founded the drink brand, so he reps for it whenever possible … but fans were still taken aback by his appearance. They should’ve seen it coming … after all, CACTI is the official seltzer sponsor for Rolling Loud. Duh.

Cactus Jack’s becoming as well known for his marketing skills as his music. You might recall, back in March, he pulled a similar stunt in La La land … causing a chaotic scene at several grocery stores.

Travis and a poor cashier were engulfed by a massive crowd while he signed autographs … all while he tried to pay for his gum.